Pharmacist, botanist and missionary, the Moravian Jesuit Brother Josef Kamel (1661-1706) left the Hapsburg Empire to go to the Philippines where he continued his work and research. He was so successful that Carlo Linneo, the famous Swedish doctor and naturalist, named the genus Camellia after him.

Tea is one of the simplest and most natural drinks in the world. According to an interesting legend it was discovered by chance in the third millennium before Christ by the mythological Chinese emperor Shennong. He was heating some water when some leaves from a tree under which he was resting happened to fall into the cup, changing the colour of the liquid in it. Curious, Shennong tasted the mixture and found it both tasty and good. That was how tea was discovered or invented. For centuries, the leaves of the tea plant were seen and used more as medicine than as a drink and it is no accident that Shennong, besides being considered to be the one who taught agriculture to humankind, is also seen as the master who started the practice of traditional Chinese medicine. Moving from mythology to historical fact, the earliest document that speaks unequivocally of the use of tea as a drink goes back to 59 BC, during the Han dynasty. According to a study carried out in 2015 by a team of Chinese researchers and published in ‘Nature’ magazine, its use also spread to the western parts of China, especially to Tibet and to present-day Xinjiang, in the second century AD, at least four centuries before it was hitherto believed. There is only one tree that produces the leaves with which the tea infusion is prepared: Camellia sinensis. As the adjective sinensis suggests, the tree originated in China (more precisely in southern China). But where did it get its name of Camellia?

The pharmacist of Brno

The name was given to the plant by the Swedish doctor and naturalist Carlo Linneo (1707-1778) who latinised the name of Camellia as a tribute to an almost unknown Moravian Jesuit Brother: Jiři Josef Kamel (1661-1706), a missionary lay brother who worked in the Philippines. 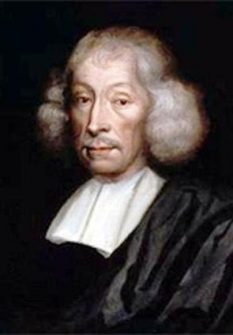 Brother Kamel was born in Brno (now in the Czech Republic), on 21 April 1661. His mother was Austrian and his father Moravian. As part of the Hapsburg Empire, Brno had been named the capital of the Margraviate of Moravia, as a reward for the strong resistance posed by the city to the Swedish troops who, having taken the city of Olomouc, threatened to march on Vienna. The Jesuit order was enjoying great popularity at the time because one of the heroes of the resistance had been Martin Středa, Rector of the Jesuit College in the city. It was in that institution that Kamel passionately studied botany and, in 1679, became a chemist, practising his profession in the college pharmacy.
On12 November 1682, Kamel entered the novitiate in Brno and, from 1685 onwards, worked as a lay brother directing the pharmacy of Holy Trinity College in Jindřichuv Hradec, moving to Česky Krumlov the following year. He remained only a few months in the small Bohemian city, having been granted, at his own request, to be sent abroad as a missionary.

In 1688, having departed from Cadice, he arrived in the Spanish colony of the Philippines where he was assigned to work at the Colegio Màximo of St. Ignatius, the main college of the Jesuits of Manila. His pharmaceutical experience acquired in Bohemia and his great passion for botany led Kamel’s superior to entrust him with the task of founding the first pharmacy in the country. He himself prepared the medicines which he distributed free to the poor while deepening his knowledge of the local flora and fauna.
The new environment in which he was working, however, was very different from that in which he had grown up and that in which he had practised: the climate, the culture and the flora often reduced his pharmacological knowledge acquired in Europe to largely impracticable theories and frustration due to his inability to understand the curative properties of any given species. Kamel therefore decided to undertake new botanical research. In his notes he sketched every plant, fruit and flower he considered useful for his work and identified each of these by their local names, trying to translate them into different European languages.
Jiři Josef Kamel was, therefore, the first to classify the plants and animals of the Philippines and, in his research, he discovered the properties of the ‘Bean of St. Ignatius’ (Strychnos ignatia), called after the founder of the Jesuit Order and whose seeds, dried and shredded are today used in the extraction of strychnine.
In order to have at hand the ingredients necessary to prepare medicines quickly and cheaply, Brother Kamel began to cultivate a garden of herbs that, within a few years, would become the first botanical garden in the Spanish colony.

Collaboration with the ‘Royal Society’

In less than a decade the Jesuit brother gained the esteem of James Petiver, a chemist and botanist who was also a member of the prestigious Royal Society of London. The British Society had only recently adopted the scientific concept of Bacon: ‘veracitas naturae’ had to be sought in the authority of the senses. It was therefore necessary to study phenomena not in books but within nature itself. The new scientists had to travel or, if this was not possible, to depend upon someone of absolute proven trustworthiness and qualifications working in the field. Brother Kamel was one such man and time would reward the esteem Petiver had for the Jesuit Lay Brother.
In order to keep in touch and exchange missives, information and study methods, they used the commercial routes and the naval companies that sailed the length and breadth of the seas between the various colonies. 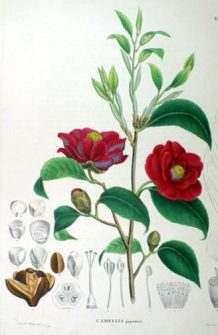 In January 1698, through Armenian and Portuguese intermediaries, Kamel sent his book ‘Herbarium aliarumque stirpium in insula Luzone Philippinarum primaria nascentium Syllabus’ (A review of the trees and shrubs growing in Luzon), to Samuel Browne, a surgeon of the East Indies. Browne would then have sent the package on to James Petiver and his colleague John Ray. Together with his book, Bro. Kamel also sent some tree seeds. However, nothing of what he sent reached Great Britain since the ship was attacked by pirates. Though he was at first understandably discouraged at having lost ten years of intense work, the Jesuit again set to work and, in January 1699 again sent the book and the seeds which this time reached the botanists.
His study was appreciated and in 1704 was published as an appendix of 96 pages to the third volume of ‘Historia plantarum; species hactenus editas insuper multas noviter inventas & descriptas complectens‘ by John Ray. However, the appendix did not include the precious sketches by the Jesuit Brother, essential for a correct understanding of the tract. This omission, caused by economic factors, besides being against the wishes of the author, also downgraded the work of Kamel, so much so that the major botanists of the century, one of whom was Linneo (born the year after the death of Kamel), regarded the supplement as being of no significance.
Fortunately, however, a few months previously, the Royal Society had published ‘Observationes de Avibus Philippensibus’, an absolute first study of the birds of the Philippines and, above all, the ‘Gazophylacium naturae et artis’, decades before Petiver, which included numerous drawings by Kamel. Both these works gained international fame for the Jesuit Brother.

From Indonesia there came one of the greatest contributions in making the Moravian pharmacist known to the world of botany. Kamel, while seeking an alternative to the communication route with Europe, found it in the route through Batavia (now Jakarta), a Dutch colony. There, fortuitously, Willem ten Rhijne, the greatest botanical expert of South East Asia, happened to come across one of the works of the Jesuit Brother. In July 1698, ten Rhijne proposed to Kamel a collaboration that lasted until the death of the Dutchman in June 1700.
On his part, Linneo, after his initial disappointment with the appendix ‘Historia plantarum’, began to understand the scientific weight of the work of Kamel and, in 1753, decided to honour him by naming the tree from which tea leaves are gathered with the name of Camellia. Contrary to what is generally said, it seems that Kamel did effectively see in person the tea plant, or at least its leaves. An actual plant was found in the personal herbarium of the Jesuit missionary and he himself made a drawing of it, together with its fruit, giving it the name of ‘tchia’ (the name given to tea in many oriental cultures). The drawing is dated 1700 and is today preserved in the Catholic University of Louvain, Belgium.
News of the death in Manila of Brother Jiři Josef Kamel, due to an intestinal infection, on 2 May 1706, reached Europe only in March 1710, when his main correspondent Petiver learned of it from Vincenzo Serrano, a confrere of Brother Kamel. Communications with the Philippines, already difficult under normal conditions, had become prohibitive due to the war of the Spanish succession.

Despite the fact that Linneo conferred on Kamel the honour of the botanical name of Camellia sinensis, the Moravian missionary, as said above, wrote little or nothing about the plant. Instead, it was the German doctor Andreas Cleyer who, during his visits to Japan in 1682-84 and in 1685-87, was the first to describe the tea plant. In 1712 the German naturalist and doctor Engelbert Kaempfer, who lived in Nagasaki, wrote ‘Amoenitates Exoticarum’, considered the first scientific European study on the tea plant (which Kaempfer referred to by its Japanese names of ‘tsubakki’ and ‘sasanqua’), containing a tract of only two and a half pages to the plant. 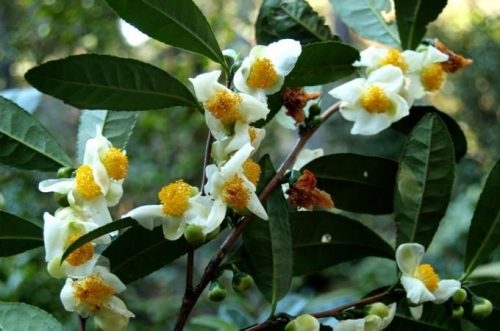 Linneo, for his part, never suspected that the Thea sinensis, the botanical name given to the plant by James Petiver in 1702, was the same as the Camellia. In his book ‘Species Plantarum’, Linneo distinguished Thea sinensis from Camellia sinensis.
Only in 1818 did Robert Sweet notice the error of the Swedish scientist and decided to re-name all the species of Thea sinensis as Camellia. Today there are four recognised varieties of Camellia: Camellia sinensis sinensis, Camellia sinensis assamica, Camellia sinensis pubilimba and Camellia sinensis dehungensis.
The work of Jiri Josef Kamel are today kept in the British Museum, while at the theological faculty of the University of Louvain, we find 260 drawings of medicinal plants, animals and minerals of the Philippines collected by the missionary from Brno.
Piergiorgio Pescali/CM