The Raramuri or Tarahumara are an indigenous group of the Sierra Tarahumara in the State of Chihuahua, in northwestern Mexico. Their life is the example of people in harmony with nature.

The Raramuri people lead a very active life and have a close relationship with nature. In fact, many moments and events of their life such as celebrations or rituals, for instance the jíkuri and bakánowa (rituals of life and death) show that they feel as being an integral part of it. Every element in nature is significant and alive to the Tarahumara who are raised in a culture that respects everything that has life: forests, rivers, streams, water, the moon, the sky, the spirits of the dead and the living, the sun. The Raramuri people feel themselves as an integral part of all this. In order to keep harmony and equilibrium with nature, the Raramuri worship its creator Onoruame, whom they call ‘Our Father’, through rituals and celebrations. 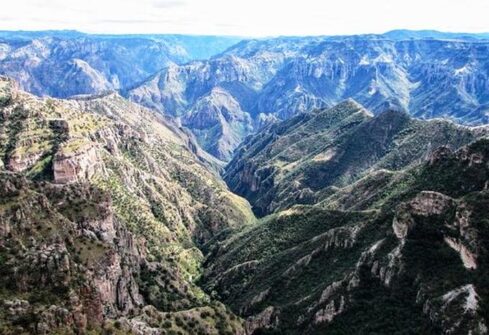 The yúmari is the quintessential of the Raramuri ceremonies in honour of Onoruame. This ancient ritual is a process of merging with the Spirits; it celebrates the union with nature, through chants, rhythm and movement. It is a prayer for rain, blessings for health, and maintenance of the union between man, nature and Onoruame, the creator god. This ceremony is also a way to thank Onoruame and it is important to the Raramuri people for its inner meaning.
The Raramuri’s feeling as being a part of nature is shown also by simple gestures that they do in their everyday life. For instance, if a Raramuri, during a long journey, drinks some water from a well, spring or stream, before leaving the place he throws a bit of kobisi or ground corn in the well or stream, as thanks.’Nature gives us, and we return’, say the Raramuri. This attitude maintains a reciprocal man-nature balance, and guarantees a peaceful life. 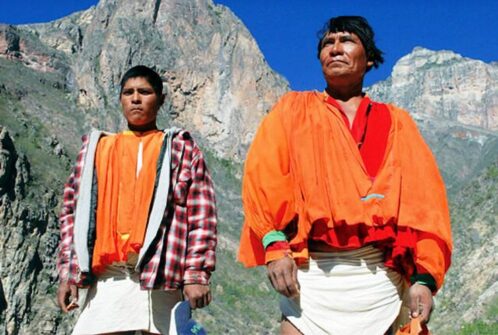 As if there were a code written in their consciences, the Raramuri never cut down trees wastefully, but only those that are necessary to build a small house, which may last up to 10 or 15 years; or a small chicken coop or just to have some firewood. The Raramuri would never take away from nature anything more than what is necessary for their survival. These indigenous people, in fact, select the areas where they can cut down trees in order to preserve their forests, although, those who make money with the wood of the Raramuri’s forests have fabricated the story that the Raramuri cut down large trees just to test the edge of their axe. 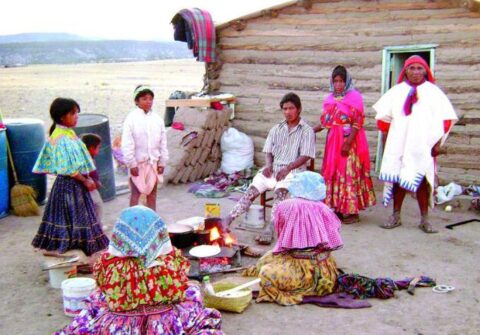 This population does not hunt deer, does not kill cows, goats or chickens except on important occasions such as community celebrations and rituals. For instance animal offerings are performed during the jíkuri, the bakánowa, or the yúmari rituals.
The Raramuri would never kill a cow to sell its meat or simply to eat it, but they would kill an animal only to offer it to the creator god or to share it with the community during special celebrations. Cutting down a tree or killing an animal without a good reason is unthinkable among this group. It would be a threat to the balance of the universe and they feel they are a part of this universe; it would be like killing a part of themselves. Breaking the balance and harmony of nature would bring the world to chaos, according to the Raramuri cosmovision.
Indigenous peoples’ feeling of being an integral part of nature is the base for a methodology of the sustainability of natural resources. The Raramuri are convinced that the problem of sustainability can be solved by implementing the balance between nature and man.