At recent EU-AU summit of Abidjan, much attention was focussed
on the tragedy of migrants sold as slaves in Libya, revealed by CNN.
But for Mauritanian abolition campaigner Biram Dah Abeid, this is only the tip of the iceberg. In his country alone, there are half a million slaves…

The tragedy of the migrants sold as slaves in Libya has prompted the European and African Unions and the United Nations to decide the creation of a special task force at the recent Abidjan summit to fight the trafficking of human beings. The task force will include police and intelligence officers from nine countries including France, Germany, Niger and Tchad. Their job will consist in dismantling the networks of traffickers and carry out emergency operations to evacuate the victims of the slave trafficking. 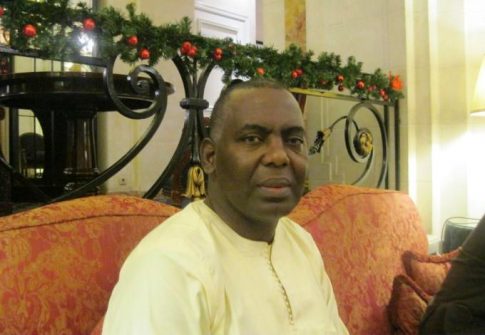 Yet, unfortunately, slavery is not restricted to Libya, tells SouthWorld, one the most notorious militants of the abolition cause, Biram Dah Abeid, chairman of the Initiative for the resurgence of the abolition movement (IRA-Mauritania) which gathers several thousands of supporters. Biram himself belongs to the community of the Haratines, the black Moors, descendants of slaves. He has been jailed several times and spent two years in prison. Former court administrative officer, Biram is also the 2013 winner of the UN Human rights prize. In 2014, he ran as presidential candidate, reaping 8.5 percent of the votes and he plans to run again in 2019, in order to raise awareness about the situation of slavery in Mauritania. In his opinion, it is a pity that the world has only realised now, owing to the tragedy revealed by CNN that beside the historical transatlantic slave trade which ended up in the 19 century the Arab-Moslem trade has never stopped to exist. Moreover, the slave trade is still largely part of the way of life in the entire Sahel and Sahara regions of Africa, in Maghreb, in the Middle East and in the Gulf states. 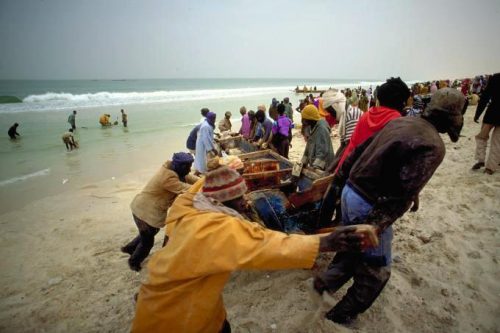 But Mauritania, accordingly is the worse situation. At least twenty per cent of the entire population or more than 500,000 people are slaves in his country, says Biram Dah Abeid. Their owners belong to the White Moors group, like the ruling elite. Most of these slave work as house boys or maids or else as workers in the rice plantations of the River Senegal valley.
Mauritanian officials deny that slavery does still exist. According to Biram, they claim that it has been abolished in 1981 by presidential decree. Then in 2007, the parliament approved a law which stated that slavery was a crime and in 2015 another law which stipulates that slavery is a crime against humanity. Yet, the trouble that the constitution which was amended in 1983, puts the domestic version of the Sharia islamic law, above all the other laws, argues Biram Dah Abeid. Besides, President Mohamed Ould Abdelaziz belongs himself to the slave traders community, says the pro-abolition militant. 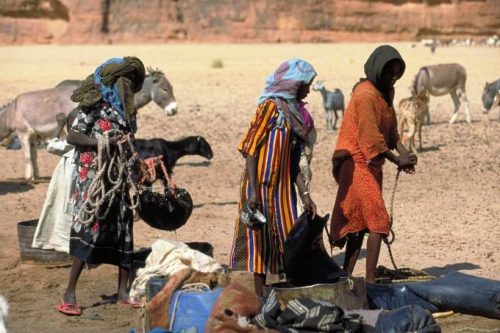 Accordingly, in fact, it is kind of negationnism to state that slavery does no longer exist, just because a law has been approved, says Biram. Indeed, laws and conventions may be approved and ratified by the Mauritanian state but they have never implemented. The only reason why Mauritania does adopt them is only because it allows the government to offer a lip service to economic partners such as the European Union, to military or political partners such as United States and to their African partners. Allegedly, the only laws that are implemented are those who send in prison the pro-abolition militants, says Biram Dah Abeid.
Some get heavy prison sentences and are jailed in penal colonies, far from their relatives, in the middle of the desert, in a kind of Mauritanian Guantanamo : the Bir Oumougreine prison. At present, two members of Biram’s organisation IRA-Mauritania are serving sentences there, Moussa Bilal Biram et d’Abdoulaye Matana Seck. They were jailed with 11 comrades but the latter were released. Some have been tortured, tells SouthWorld, Biram Dah Abeid. 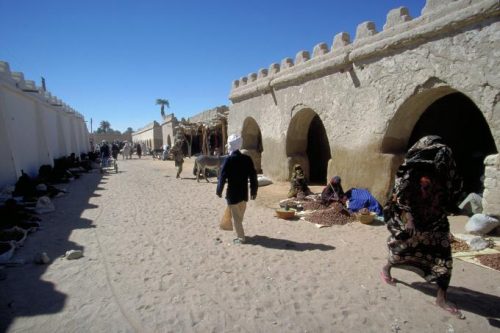 The anti-slavery activist deplores that the passivity of Mauritania’s main partners. Accordingly, the US and the EU are mainly concerned by the alliance with the Mauritanian state against terrorism and illegal migration. There are also a number of EU or US transnational in the fisheries, gold and iron mining and oil and gas sectors. All these factors are apparently more important for these powers than the cause of human rights, feels Biram Dah Abeid who also blames African leaders who do not move a finger to put an end to this scandal in the name of their mutual solidarity to remain in power. Furthermore, Biram Abeid’s struggle against slavery is causing him a lot of problems with Mauritanian ulemas or moslem scholars. He and another comrade, called Ahmad Hamadi, one of IRA’s co-founders were declared apostates (renegades) in 2012, after they burnt books containing the commands of a local version of the malekit rite, one of the most old-fashioned of Islam, which accordingly justifies slavery in the name of Islam. 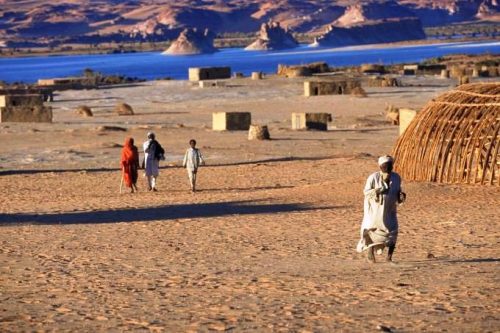 Biram’s and Hamadi’s gesture was meant as a symbolic and public one to condemn these texts which are in fact another version of the slavery black codes which were in vigour in United States in the 19th century. In fact, these texts are blasphemous because they claim to be the only valid interpretation of the Holy Quran. « By destroying them, I deny their sacrality  because they are totally opposed to the original message of compassion and fraternity of Prophet Muhammad, explains the pro-abolition activist.
Bira Dah Abeid is also fighting on another front. On the last 15 December, he met with representatives of the International Trade Union Conference (ITUC) in Brussels to brief them on the situation of slavery and forced labour in Mauritania which nevertheless has ratified International Labour Organisation conventions. The Mauritanian activist urged them to put pressure on the government of his country in order to make sure that workers are given decent wages, in conformity with international laws. Beside, the case of slavery in the plantations, he also raised the case the workers of companies which are subcontracted by mining or fishery companies who cash only a fraction of the amount paid to the owners of the subcontracted firms, who belong to the ruling elite and to President Ould Abdelaziz’s entourage.