Lake Malawi, a unique habitat. One of the deepest water deposits in the world.  Distinctive rock art representing the cultural traditions and the history of the people who inhabit the Malawi plateau.

Twenty per cent of Malawi is covered by water and it has the fifth largest lake in the world, Lake Malawi, the third largest lake in Africa. In 1984, the National Park, an area in the south of Lake Malawi, was designated by UNESCO as a World Heritage Site. Ecologically, it is indeed extraordinary being inhabited by around 700 species of fish, 95% of which are native. The spot is one of a kind and continues to attract many students of the theories of Darwin. 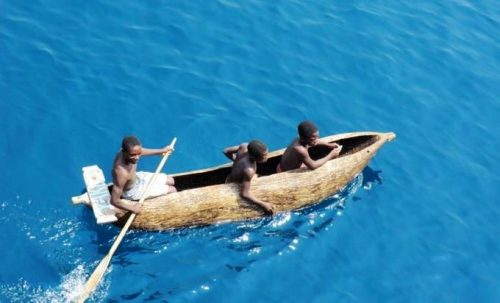 Lake Malawi is a unique habitat and is important for the conservation of biodiversity. The lake is one of the deepest in the world where there exists a native species of fish which the locals call mbuna, and which is not found elsewhere. It belongs to the family of Cichlids (Cichlidae). Lake Malawi contains 30% of all the known species of cichlids in the world, a fact that makes it so important from the point of view of ecology and the conservation of animal species. The area is also interesting for its various ecosystems, different from one another: sandy beaches and rocky coasts, lagoons, swamps and granite hills. Various communities live around the lake, such as the Ngoni, the Nyassa and the Manda. 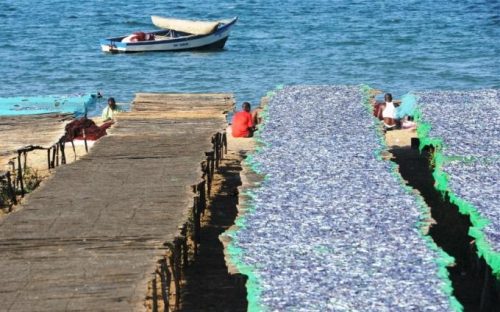 To encourage the local communities to be involved in the management of the Park and in order to use better the resources of the area without harming the habitat, small business projects have been started. Thanks to the intervention of the SEDOM (Small Enterprises Development Organisation of Malawi), a variety of individual initiatives have emerged, as well as Village Natural Resources Management Committees. As a result, many gainful activities have been initiated which, at the same time, respect the surrounding environment.

Chongoni reserve is located on the central plateau of Malawi and extends for over 120 km². It is an important natural and archaeological area. It is here that the largest concentration of rock art of the region is to be found. The art is distinctive, a pictorial and symbolic expression of cultivators and hunter-gatherers called the BaTwa, a people who began to inhabit the area from the end of the Stone Age. The Chewa people, who were farmers, practised rock art up to the twentieth century. The symbolism of their rock art reflects ritual practices connected especially with initiation ceremonies. 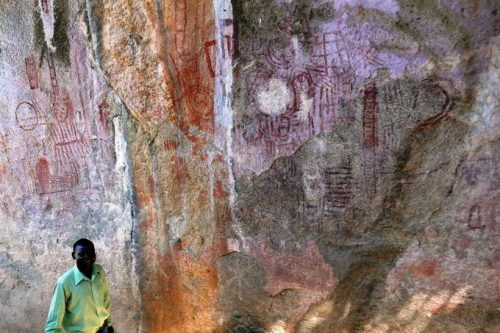 Chongoni rock art represents the cultural traditions and the history of the peoples who inhabit the Malawi plateau. The images illustrate the various modus vivendi of the autochthonous people, such as the passage from a style of life based on subsistence to one centred on the production of food. The art narrates the story of the Ngoni invasion into the Chewa community and later the arrival of the white man. They also convey the importance of the initiation of young women and their role in society. The paintings also outline the ceremonies of prayers for rain and those of the funeral rites. It is even possible to see the presence of the Nyau secret society and its initiation rites. 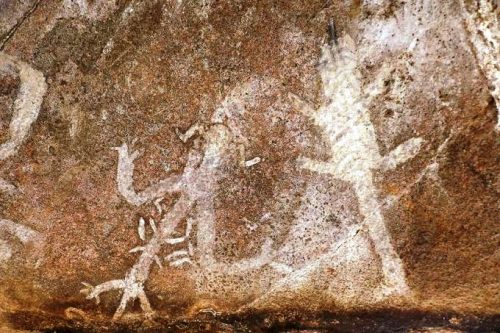 Due to temperature changes and other climatic events that may cause water infiltrations, the Chongoni rock art is threatened by the lack of access control to the sites and the lack of qualified personnel capable of supervising and carrying out the area management plan. Lake Malawi also needs a good protection policy due to the rapid growth in population and illegal fishing. The protection of the lake goes hand in hand with the local inhabitants who must take responsibility for managing the natural resources as a source of income. Proper management of the Park means continuing to live in harmony with nature, without harming the ecological equilibrium.