Ecuador and the Dominican Republic have become the new drug routes in collaboration with the Mexican drug barons and the Colombian paramilitaries.

The increasing role of Guayaquil, in Ecuador, especially in cocaine trafficking, reflects the changeable dynamics of the drugs trade between Colombia and Ecuador and demonstrates how anti-drugs trade politics have failed. El Comercio has published a report on the role of Guayaquil in cocaine trafficking. The authorities attribute this development to a combination of the recent militarisation of the Ecuadorian city of Esmeraldas on the border with Colombia, and all-time record production of cocaine of exceptional quality and quantity in Colombia amounting to more than 1500 tons in 2017. 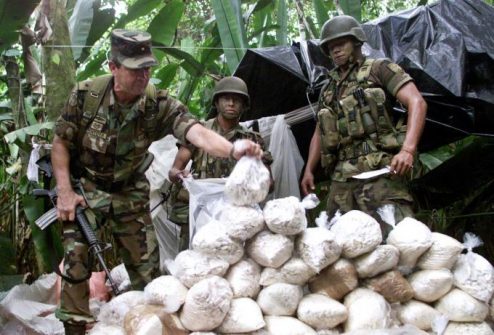 Colombian drug-trafficking criminal groups are recruiting Ecuadorian gangs to move drugs to Guayaquil. The head of the national anti-narcotics organisation of Ecuador, Carlos Alulema, has declared that “Now drugs are being collected in other provinces of Ecuador such as Napo, Orellana, Santo Domingo and Chimborazoe. When they have accumulated a sufficient quantity of cocaine in the internal provinces, they send it gradually to the deposits and laboratories in Guayaquil“.
From Guayaquil, the drugs are sent to Europe in containers by sea. The cocaine is sent overland to other coastal provinces of Ecuador such as Manabí, where it is sent in small cargos from remote beaches, including the Galapagos Islands. 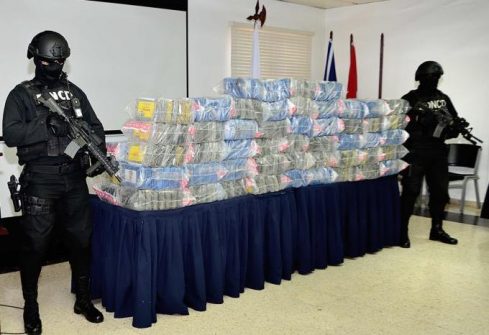 This year, the country has carried out almost 2,000 seizures of cocaine of which 373 took place in Guayaquil. Armed groups have also been responsible for the abduction and killing of civilians, including the case of three Colombian journalists killed in June at the border with Ecuador. Much of the trade in drugs and violence along the border has been attributed to the Frente Olíver Sinisterra, a group of FARC dissidents led by Walter Artízala, alias “Guacho“.

The reason for the rebirth of drug trafficking in the Caribbean is based on two factors: the increase in US investment in the war on drugs in Central America and the growing importance of Venezuela as a regional centre for Colombian cocaine.
The United States has dedicated resources through the Mérida Initiative in Mexico, begun in 2008, and the Central American Regional Security Initiative (CARSI), that has pumped money into the countries of the Southern Triangle of El Salvador, Honduras and Guatemala. 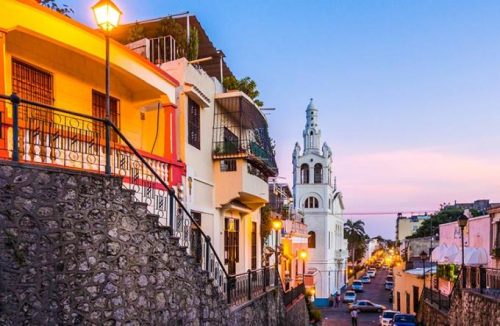 This has affected the effect air bridge for Venezuelan cocaine to Honduras, almost eliminating it, moving despatches towards the Caribbean Sea. The Dominican Republic has a number of routes available. For the US market it has Puerto Rico, just 381 km away. Similar dynamics are in force in the French territories of Martinique and Guadeloupe for despatches to continental Europe. British overseas territories such as Anguilla, Bermuda and the British Virgin Islands are launch pads to the United Kingdom. However, due to language advantages and the considerable Dominican diaspora, Spain is still the main entry point in Europe for drugs that leave the Dominican Republic. 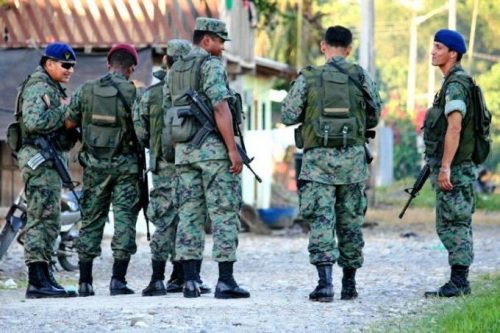 The Dominican Republic is a country of transit for cocaine due to the fact that the Dominican DTO, Drug Traffic Organizations, is now among the largest, taking control also of Venezuelan shipments. Working with the Colombian and Mexican cartels, the Dominicans also work as intermediaries for the main international mafias that seek to ensure large quantities of cocaine for the world marketplace.