With the publication of the Instrumentum laboris, preparation for the special Assembly of the Synod of Bishops for the Pan-Amazon region, scheduled to take place in Rome from 6 to 27 October and entitled ‘Amazzonia: new paths for the Church and an Integral Ecology’, enters its final phase.

The Working Document consists of three parts: the voice of Amazonia understood as listening to that territory, integral ecology and the Church with an Amazonian face.
The aim is ‘to present the pastoral situation of those lands and initiate new paths for a more effective evangelisation in Amazonia’, and also to reflect upon ‘the problem of ecology which impacts the region’. The document has been approved recently and will be widely published. Right from the start, Pope Francis insisted on the need to listen to the people. As well as the traditional opinion polls, he urged the Synod Secretariat to request the Ecclesial Pan-Amazon Network  (REPAM) – created in 2014 by agreement between the Department of Justice and Solidarity of the Latin American Episcopal Conferences (CELAM), The Latin American and Caribbean Confederation of Men and Women Religious (CLAR), The Latin American and Caribbean Caritas Secretariat (SELACC) and the Amazonia Commission of the National Conference of the Bishops of Brazil (CNBB) to promote a coordinated pastoral among the Churches of the region involved in the defence of the environment and the Amazonian peoples – to consult directly indigenous groups, communities of small farmers, pastoral operatives etc. 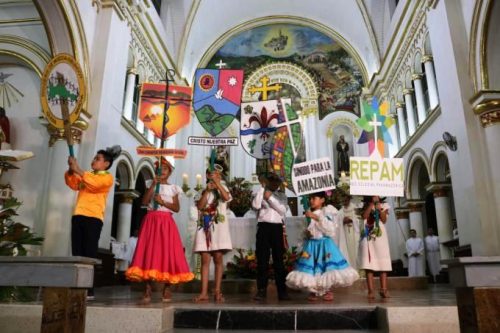 All of this became a process of listening involving over 100,000 people, among them members of 170 original ethnic groups (almost half of those contacted), with about sixty territory-based synod assemblies, twelve national forums, 16 thematic forums (on human rights, indigenous peoples, women, consecrated life, communications, theological reflection, ecclesial ministries etc.) and almost  200 group discussions. It emerged from these consultations that the greatest threats to life in Amazonia come from large infrastructure construction projects (dams, roads etc.) and the exploitation of natural resources (timber, metals etc.), from land conflicts and the pollution of the soil, water and air. 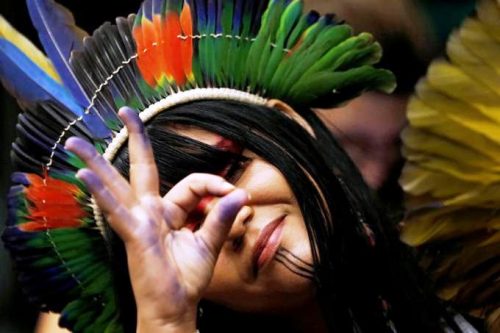 In fact, these activities generate violence in the form of the violation of human rights, especially regarding women, human trafficking, the trading, distribution and consumption of drugs, the destruction of cultures and forced migration and the murder of indigenous and popular leaders. The Amazonian peoples react to this by seeking to foster their own cultural practices and a way of life that is marked by respect for nature and for others.
They therefore ask the Church to defend their lives and their lands, to foster the inculturation of the Christian faith and intercultural dialogue with autochthonous spiritualties and to take on an Amazonian face also through the recognition of new ecclesial ministries. This gave rise to the wish, formulated in the Report summarising the results of the territorial assemblies produced by REPAM, to have a Church that feels it is ‘both part of and heir to the inheritance and the destiny of the biome and the peoples of Amazonia, in profound communion with them; the desire to have a Church that knows the reality of Amazonia and is committed to the ecological cause, oriented towards ‘Good Living’, which loves nature as part of its own life’. 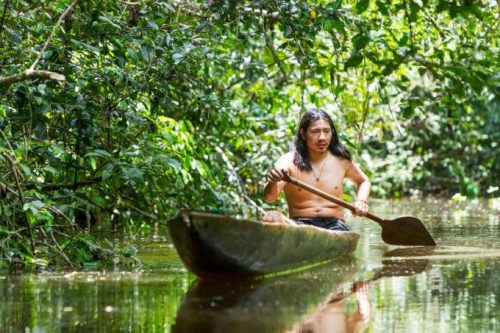 This requires a Church that is ‘more participatory and inserted into the lives and the struggles of the peoples’, that incorporates the symbols of the local cultures, abandons privilege and overcomes clericalism, that frees itself from the restraints of economic and political powers, assumes the option for the poor and aligns itself with the indigenous peoples, migrants, the peoples who live along the rivers or in the forests, values the role of consecrated and lay women, nourishes itself with the spirituality of martyrs such as Fr. Ezechiele Ramin, a Comboni Missionary who was murdered by landowners in 1985, Chico Mendes, a trade unionist among the rubber gatherers killed in 1988, and Sister Dorothy Stang, a religious Sister killed in 2005 because of her stand against deforestation.Building up a Church ‘with an Amazonian face’, that is more feminine, decentralised and decolonised’, requires ‘profound changes to the way the Church is organised in the region’. 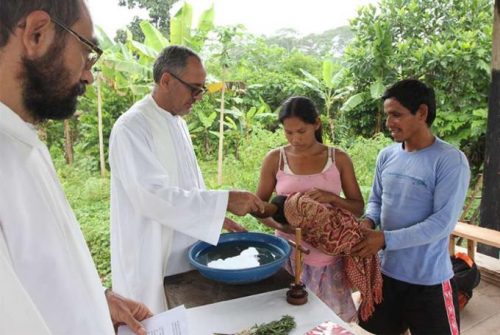 For this reason, it has been suggested to institute an episcopal Pan-Amazon structure, the formation of ‘itinerant and inter-congregational communities with greater lay participation’, to set up an Amazonian Centre for the production of catechetical, liturgical literature, to develop studies, celebrations and catechesis material in the local cultures, to recognise ministries for women, starting with the diaconate, to guarantee the frequent celebration of the Eucharist in all the communities through the promotion of autochthonous vocations, by ordaining married men and reintegrating into ministry those priests who have married, to promote ministries borrowed from the traditional ministries of the native populations (midwives, shamans, keeners etc.) or related to modern needs, such as an integral ecology pastoral.  All these challenges will be aired at the upcoming Synod.  Meanwhile, Pope Francis has appointed Cardinal Cláudio Hummes, Archbishop Emeritus of São Paulo and President of REPAM as General Relator of the Synod; he also appointed two special Secretaries: Mons. David Martínez de Aguirre Guinea, Vicar Apostolic of Puerto Maldonado, in Peru and Father Michael Czerny, Under-Secretary of the section for Migrants and Refugees of the Vatican Dicastery for the Service of Integral Human Development.