According to UNESCO, Lake Chad has shrunk by 90 percent since 1963, with enormous environmental, economic and social consequences for the surrounding region.

A plan to replenish it through the transfer of waters from the Ubangi River has been approved in Abuja in February 2018, but the main country of the Congo River Basin, the Democratic Republic Congo is standing firm against the project. On the last 27 February, participants to a conference co-organised in Abuja by UNESCO and the Lake Chad Basin Commission (LCBC) which groups the riparian states (Cameroon, Chad Niger and Nigeria) endorsed the “Transaqua” project which aims at transferring 100 billion cubic meters per year, from the Ubangi River, in the Central African Republic (CAR) to replenish Lake Chad. The aim is to reverse the trend of the shrinking of the Lake, from 25,000 sq km to 1,500 sq km between 1963 and 2001 according to UNESCO. 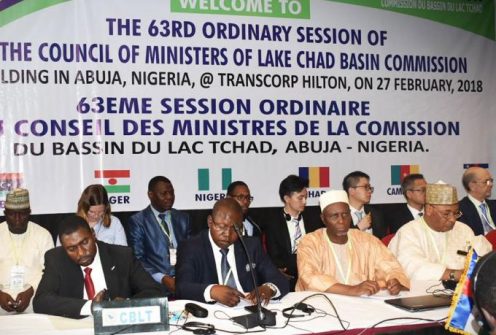 The consequences of the drying phenomenon, as a result of climate change, are extremely damaging. Around 40 million people live around Lake Chad and are among the poorest in the world, according to the UN which estimate that a quarter depend from food aid for their survival. Once the “oasis in the desert” and a hub for economic activities, including fisheries, livestock and agriculture, Lake Chad, has turned into a desert now, said Nigeria’s President Muhammadu Buhari at the opening of the Abuja conference.
The political stability of the region is also affected.Analysts consider that its growing fragility has enabled the Boko Haram jihadists to recruit among impoverished farmers and fishermen, and to set up bases on some of the lake’s islands.At the same time, the desertification has prompted cattle herders to migrate to the South.This is the case of Mbororo Fulani which are periodically invading the national parks of the CAR and Northeastern DRC. 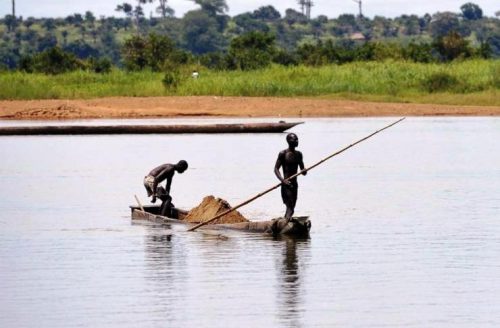 In such context, Sanusi Abdullahi, the executive secretary of the Lake Chad Basin Commission, considers that the “Inter-basin water transfer is not an option but a necessity”. Therefore, participants welcomed the plan proposed by the Italian firm Bonifica spa to dig a 2,600 km long canal from the Ubangi River in the Democratic Republic of Congo across the Central African Republic to meet the Chari River that feeds into Lake Chad. To that effect, the Italian engineering firm, which has been working on the project since 1970, signed a letter  of intent with the Power Construction Corporation of China (PowerChina) in June 2017 in Hangzhou to explore the feasibility and eventually implement the Transaqua project. The canal would carry through dams and reservoirs, the water  by gravity, to Lake Chad, and in  addition would help to produce electricity water for irrigation and become a major transportation network for Central Africa. The World Bank, the African Development Bank, the Exim Bank of China and the French logistics transnational Bolloré are reportedly considering to support the project which has also geostrategic importance. 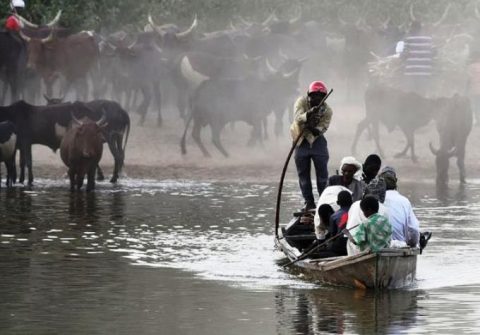 One of its staunchest supporters is the former Italian Prime Minister and European Commission President, Romano Prodi, which sees the US $ 14 billion project as a way to create jobs and prosperity and help slow the flow of African migrants to Europe. Yet, the materialisation of the project is facing a major obstacle. Indeed, the DRC government is opposing the project. On the last 29 April, in Brazzaville, the Minister of Transport, José Makila expressed loudly its disagreement with the Transaqua project, saying that the DRC alone is the source of the largest part of the waters of the Congo Basin, to which the Ubangi River belongs and that its approval is required before any go-ahead to the transfer project. Beforehand, the DRC Minister of Environment Amy Ambatobe stated on the 4 April at the parliament his opposition to the project. Accordingly, the implementation of Transaqua could affect the potential of the Grand Inga hydropower project which which compares with a potential of 40 gigawatts with the combined power of 40 nuclear power plants, says the former director of the National Waterways Administration RVA, Jean-Pierre Muongo, Grand Inga. Accordingly, this project could play an important role in the implementation of the Paris conference on Climate Change goals, owing to its huge renewable energies potential. 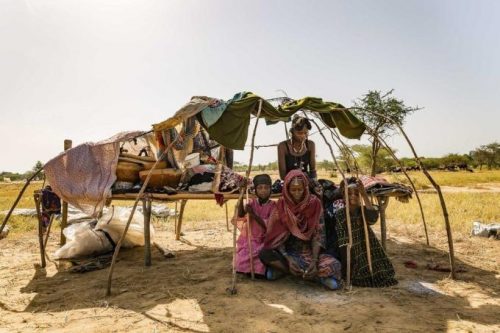 The Congolese Environment minister also expressed concern for the negative effects for the biodiversity of a transfer from the Congo Basin to the Lake Chad Basin. He said it could have damaging effects of a reduction of the river flow for the coastal mangrove at the mouth of the Congo River on the Atlantic Ocean and for the risk of climate and for the risk of climate warming that could derive from the evaporation of the peat bogs from the Congo River Basin. According to the Congolese water management expert, Achille Bondo Landu, the transfer could also affect the fisheries activity. One of the main threats is that that the connection between both basins could introduce in each other plants or animal species and provoke uncontrolled hybridisation and cross-breeding which could affect negatively the ecosystems.
Whereas Bonifica claims that the transfer of water would represent only 4 percent of the River Congo flow, Jean-Pierre Muongo thinks the proportion could be much higher in fact. Indeed, lower flows have been already recorded on the Ubangi River:  according to measurements made by the Department of Geography of the Marien N’Gouabi University of Brazzaville, the number of days per annum during which the river is not navigable has increased from four days during the 1935-1971 period to 200 since 2002. 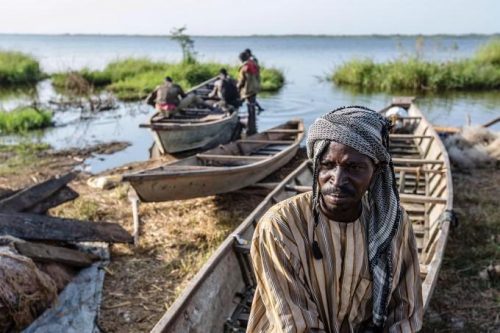 Some scientists including the French hydrogeologist, Guillaume Favreau from the Marseille-based Institut de Recherche pour le Développement (IRD), think that owing to the current insufficient level of knowledge on the ecological consequences of such water transfer, a cautious approach should be recommended. In the wake of a feasibility study on the water transfer, completed in 2012 made on behalf of the LTBC by the Canadian consulting firm CIMA International, two of the donor countries, namely the DRC and Congo-Brazzaville required a environmental and social impact assessment under the control of the Congo-Ubangui- Sangha Commission which groups both Congos and the CAR. Yet the study has not been done yet.
Unsurprisingly, the issue is fuelling passions in Kinshasa, where politicians are unanimous to reject it. The pro-Kabila MP, Patrick Kakwata, claims Transaqua poses “a threat to the Republic” whereas the leader of  the opposition Union for Democracy and Social Progress (UDSP), Félix Tshisekedi considers it as “risk for the stability of the country”. The false rumour disseminated by Congolese media that the Chadian President Idriss Deby threatened on Radio France Internationale to take the water by force if necessary, has contributed to this climate of hostility against the Transaqua project.