The largest infrastructure project in East Africa is likely to become obsolete long before it is completed, but in the meantime those populations and territories involved pay the price because of it.

The LAPSSET(Lamu Port-South Sudan-EthiopiaTransport) Corridor Program is Eastern Africa’s largest and most ambitious infrastructure project, which when complete, will link Kenya’s Lamu Port to Ethiopia and South Sudan. The first berth at the Lamu Port will be completed six months later than it was scheduled.
Kenyans will have to wait a little longer for the completion of the first berth at the Lamu Port South Sudan Ethiopia Transport (Lapsset) corridor project, according to Lapsset chief executive Silvester Kasuku who revealed that the first berth will be ready by June 2019. 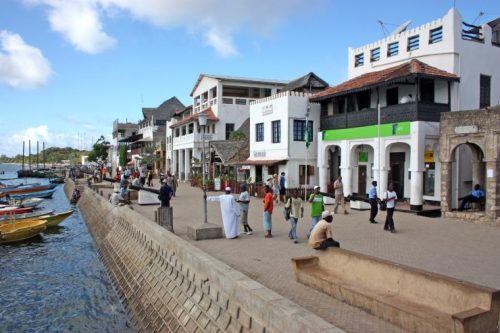 The Lapsett project includes the construction of three deepwater terminals, which will cost 48 billion dollars and which will be fully financed by the government of Kenya. Port Housing for management and security is still under construction with an estimated completion rate of 55%. The first berth is expected to be completed by 2018 while the remaining two are to be completed by 2020.
The controversial oil port of Lamu, (there have been protests against the port by the local population and UNESCO, since it is built in proximity to the Lamu World Heritage Site and Biosphere Reserve), was designed to give South Sudan and Ethiopia an alternative outlet to the sea. 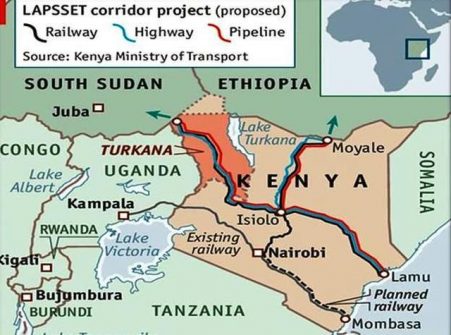 However, according to the Bretton Woods Project, which is a civil society network hosted by ActionAid, Ethiopia might not be interested anymore in participating in the ambitious project, in fact, the country, after resuming relations with Eritrea, could have access to the port of Asmara, significantly reducing its potential need of the Lamu Port in Kenya.
According to the British NGO, in addition to the risk of becoming obsolete before its completion, the largest infrastructure plan of East Africa, so far, has not had a positive impact on the populations directly involved.The situation of the very poor (despite the capacity of the oil reserves of about 750 million barrels) northern Turkana county is an example. Here, the local population has not benefited at all Inizio modulofrom the construction of the oil pipeline by the British Tullow Oil. The construction of the oil pipeline, which crosses the territory of the Turkana district transporting crude oil to the city of Eldoret and, from there, to the port of Mombasa, has raised protests by representatives of the Turkana communities, who have accused Tullow of confining locals to low-paying manual jobs and locking them out of tenders.
Besides, they denounced lack of security in the area saying that the government has been providing heavy security to the oil fields and trucks that carry oil while the communities were left vulnerable to bandit attacks and livestock theft. 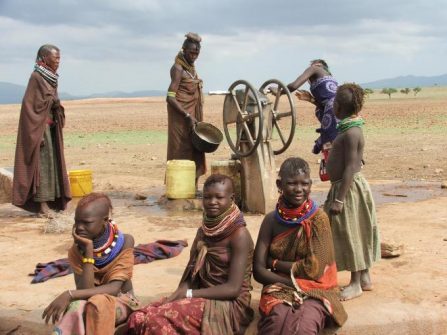 The protests of the county’s population, which began in late June and ended in mid-August, prevented the British company from transporting 2,000 barrels of crude oil to the coast.
In the end, the government reached an agreement with the company, which includes addressing the grievances that stalled the transportation of the commodity to the coast. The statement from Cabinet Secretary John Mosonik’ office indicates that there is a plan to foster coexistence between the locals and the company. It reads: ‘The Government of Kenya is committed to foster a harmonious, sustainable, stable and secure operating environment with regard to all operations around the oil, gas and minerals sectors in the Republic of Kenya… The Government has resolved to establish a two-tiered system framework that will provide communities living in Turkana County and Tullow Oil with avenues for addressing any emerging issues and concerns”. Besides, an agreement was also reached on the sharing of Turkana oil revenue. However, the agreement for the allocation of income between Nairobi and the regional administration of Turkana which was reached in May will come into force only in 2022, when the production will have reached full capacity. 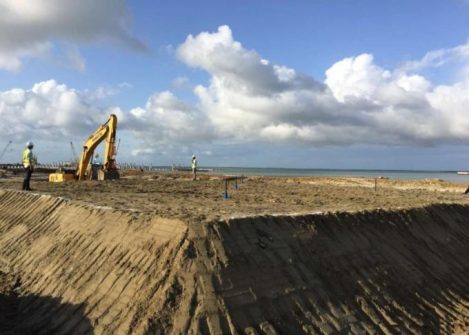 In fact, unlike what secretary of communication, State House spokesperson, and head of the Presidential Strategic Communications Unit, Manoah Esipisu had said, people and areas have not received any benefit from the construction of the oil pipeline to date. The Nairobi government is nevertheless convinced that the Lapsset project will improve the development of northern Kenya, by making the enormous oil resources and the gigantic groundwaters discovered recently accessible.It is also undeniable that the project is still in its initial phase. In fact, besides the construction of the port and a refinery in Lamu and two oil pipelines for the export of crude oil from Uganda and South Sudan, the project also includes a standard-gauge railway of 1,500 kilometres, which will connect Lamu to Nakodok, along the border between Kenya and South Sudan, three airports and three tourist centres in the Kenyan cities of Isiolo, Lodwar and Lamu. 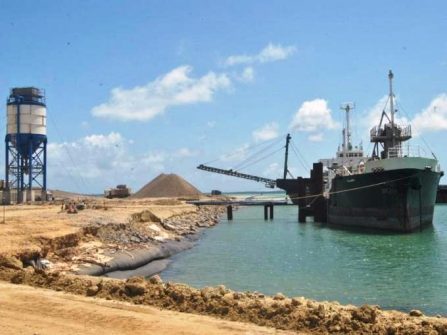 East Africa absolutely needs to carry out the Lapsset to impose itself as a growing area in the African economic scenario, but it will have to be able to face the potential changes that the project implies in terms of regional integration, wealth and opportunities, while preserving at the same time the environment, the rights and the means of subsistence of the communities, who have been expropriated of their houses and their lands to make room for infrastructures and who, sometimes, receive just symbolic compensation in exchange.