The Tharaka are one of the nine ethnic groups that make up the Meru of Kenya. They number 100,000 and occupy the low plains between the slopes of Mount Kenya to the west and the upper River Tana to the east. They perform the following rites at the birth of a child.

When a child is born, even those who are not present will know if it is a boy or a girl from the nkemi, the cries of joy of the women of the family around the hut where the birth has taken place. If it is a boy, they make five rounds of cries and four if it is a girl. After each round they pause for a few seconds. 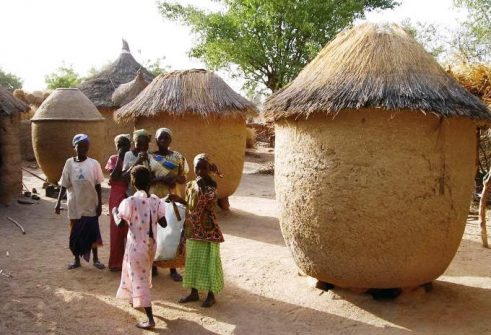 One woman is charged with receiving the child as soon as it leaves the maternal womb. She is called the ‘Birth Mother’. She must stay and assist the mother who has given birth for a period of four days, the period of norindero, the segregation of the birth.
As soon as the mother stands up, the ‘Birth Mother’ brings her a gourd full of water for the ritual ablutions. The mother washes her head, her breast, her knees and her feet four times each.

Four days after the birth of the child, the first nthambo (specific ablution takes place. The ‘Birth Mother’ goes to the ritual river where she fills a gourd with water and takes it to the hut of the new mother who rises from her bed and pours the water into a container. Then, while standing, she takes the water in the hollow of her hand and washes her forehead and her feet four times. She takes the water remaining in the container and pours it over her feet. With this rite, the segregation of birth is partially ended. The ‘Birth Mother’ has now fulfilled her role and returns to her home. 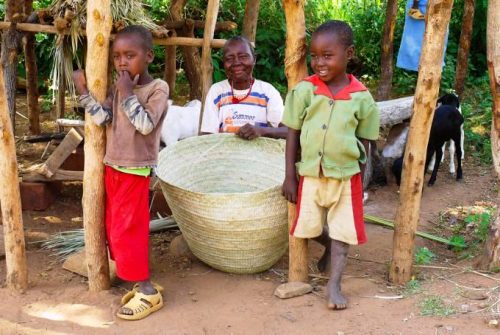 From this point on, the women and children of the extended family may see and speak with the mother and the new-born. After three more days, at dawn on the eight day, the mother leaves the house for the first time to go to the river for the second ritual ablution. She goes into the water until it reaches her ankles and repeats the first nthambo. She then returns to her hut. This ablution ends the social segregation but the mother and child may not yet be seen by the husband and father. At the end of the puerperal period, after her first menstruation, the woman goes to the river for the third ritual ablution which she carries out in the same way as the previous two. 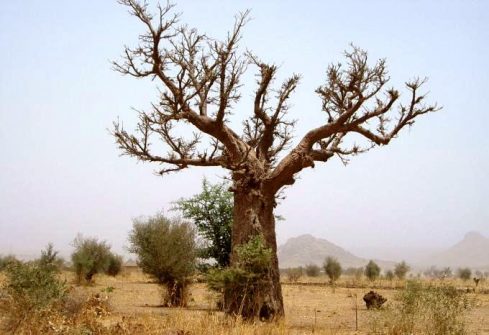 When the ablutions are ended, the woman has her husband called and presents the child to him. The water of the ritual river expresses the direct ties with the ancestors. The ritual river is the symbol of the unity of the clan and the oneness of its life with the ancestors. In fact, each clan has its own stream of water with which, in a sense, it identifies itself; the ancestors performed their rituals around it; it is the river that symbolises the unity and continuity of the clan. When a clan or a lineage migrates, they take with them a gourd of its water which will be poured into a stream in the new territory and this becomes the new ritual river.

The choice of the first name

When the mother has returned from the river and presented the child to its father, the rite of giving the first name to the new-born takes place. This name expresses the prerogative or the behavioural qualities of the person to whom the birth is referred. Sometimes the name may reflect the actions of the new-born if these are unusual.
This is the criterion used in choosing the name: the first male child of a man is believed to be the ‘incarnation’ of the personality of the paternal grandfather and it is given a name which indicates his prerogatives.
For example, if the grandfather is a very good shepherd, the child is called Mereti, meaning shepherd. 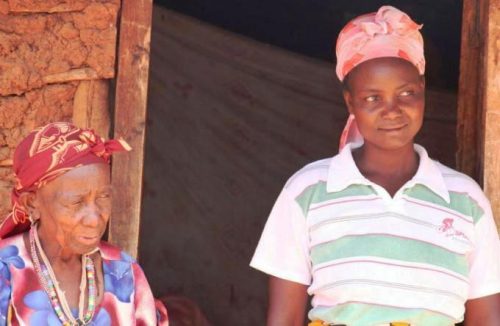 The second male child is, instead, the elder brother of the father and takes its name from his qualities; the third male child is the second brother of the father and so on with all the brothers of the father, after which they begin with the maternal grandmother and the brothers of the mother. With female children, the first female child is the maternal grandmother; if she, for example, is a good cultivator, the grandchild is called Karemi, meaning ‘little cultivator’, and so on as for the male children. If the birth of a male child has been preceded by the death of a baby brother or sister, he is given the name of an animal or a plant or something to ‘turn away’ death: Mpuria (rhinoceros), Njoka (serpent) and so on. Females will be called Kang’ondu (little sheep), Kabura (little shower), or Ciamoté (daughter of a tree). Among the Tharaka, male children are given two names: one at birth and another at the time of his circumcision. (D. V.)