Black Assam tea is famous worldwide but the plantations of the north-east do not deal only in tea. Traffickers in human beings take advantage of the poverty of many families to carry away their children.

A sea of green, luxuriant bushes borders the road through the tea plantation. Outside in some small mud houses with corrugated iron roofs two teenage girls are laughing as they dance and play. About a dozen people are sitting and watching the amusing scene. Suddenly, one of the girls collapses, doubled over and motionless. She is unable to breathe. Her companion starts to shout for help. The others try to see what is happening. It is all part of a street theatrical scene where the youngsters do their act outside the houses of the tea pickers. 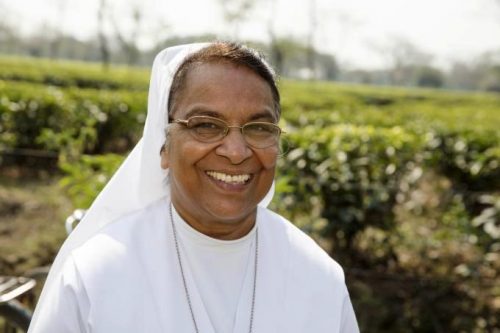 “The purpose of this play is to raise awareness of the dangers of human trafficking in the tea plantations”, Sister Annie Enchenati tells us. The Salesian Sister runs the social-pastoral programmes that have been struggling for years against human trafficking in the tea plantations. “The play is about real facts – Sister Annie continues – Monica is a girl of sixteen from a poor family of tea pickers. One day a man approached her parents saying he knows a family in Kolkata who are looking for a domestic servant. Soon afterwards Monica is in Kolkata working for that family”. A few months later, the woman of the house is diagnosed with kidney disease. Her husband tricks Monica into going to a private clinic where, without her consent, they remove one of her kidneys and transplant it into the body of his wife. A few weeks later, Monica is taken ill with serious complications. 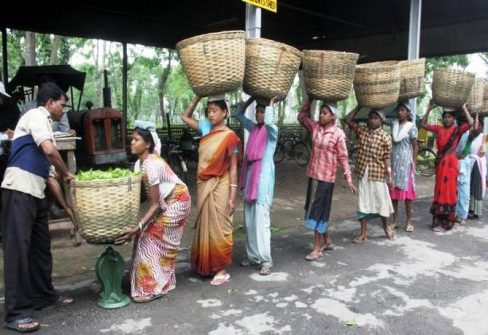 The householder then sends her home to her family. A few days later, she collapses and is taken to a doctor who examines her and informs the parents that Monica has had a kidney removed. Within a few weeks Monica dies. Sister Annie informs us: “The parents are too poor to seek justice for their daughter”, adding that she has known many similar cases. In the tea plantations of Assam the business of human trafficking and body parts for transplants is flourishing. Along the River Brahmaputra there are at least 600 plantations that produce a third of all the tea of the country and about 15 per cent of world production. Eighty per cent of production is sold by the Assam Company that has been in existence since 1839 and most of it is exported. The tea is produced using traditional methods, drying the leaves and selling them unprocessed. Sister Annie comments: “The consumers never suspect how the tea pickers have to suffer”.

Hard work
Under the scorching sun, the women pick the leaves from the bushes. They have large baskets on their backs with a belt around their foreheads. Their expert hands quickly gather the leaves and toss them into the baskets. Most of the tea pickers belong to the Adivasi ethnic group which comprises around 8.7% of the population of India. This group originated in central India and they have been picking tea for more than 150 years.  The worst thing is that the people who gain almost all the profit are the dealers and companies who control the buying and selling of tea. The wages of a tea picker is 176 Rupees, or around 2.20 Euro per day. 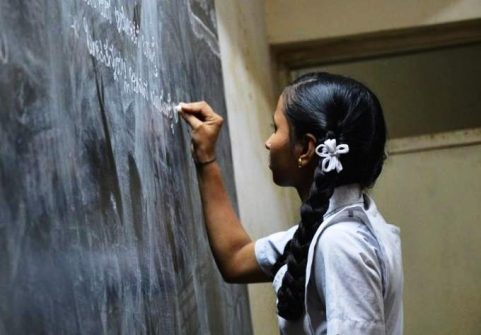 Soba Kachap, is 24 and a tea picker. She works nine and a half hours a day. When she finishes, together with her co-workers, she has to carry her load of tea a long distance to have it weighed. She always has to wait for some time and then Soga returns home to look after her children.
Sr. Annie says: “There are mothers who have nobody to look after their children and some of them give their children a kind of opium to make them sleep throughout the day”.
Soba lives with her children and three brothers in one of the cabins of the plantation belonging to the owner. The external walls are painted white and the inside blue with some sort of sticky paint. There is a picture of Our Lady and a Rosary beads hanging on one wall; on the other wall there is a calendar. The beds are practically the only furniture.
Soba’s brothers attend school. “When my mother became old, the owner of the plantation told me to take her place”: to avoid losing the house, Soba is obliged to leave school. The rule in the plantation is that at least one member of the family has to work in the plantation in order to have a house there. Sometimes, Soba looks through her old schoolbooks. She would really have liked to continue with her schooling.
Many of the women on the plantation are illiterate and people take advantage of them. Sister explains: “When they are weighing the tealeaves, the workers operating the scales cheat the women. Eight kilos are marked down as seven and so forth. When we came here, we started encouraging the women to demand their rights.” 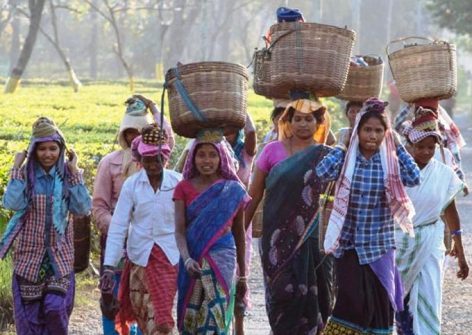 Defending their rights does not come easy for the Adivasi. The other ethnic groups look down on them and consider them inferior. They are often subject to discrimination.  In the eyes of the plantation owners, the Adivasi are cheap labour. In the past they were slaves, and that continues today. In addition, the Adivasi are often lacking in self-confidence.To change this situation, the Salesian Sisters have begun to educate the women.
“We have organised them in 65 groups to teach them to read and write, to do arithmetic and how to open a bank account. Most importantly, we teach them their rights”, Sister Annie adds.

Trafficking in human beings and body parts
The human traffickers are aware of the hardships of the plantation workers and they go directly to families with many children. “They know exactly which families are in debt and which have big or small children”, says Sister Annie. The parents are persuaded to send their children to the city thinking they will receive some money to pay off their debts. The traffickers will give a family about 100 Rupees (12 Euro) to encourage families to send their children to the city.
The boys and girls are taken to cities like Delhi or Bombay where the girls mostly work as waitresses and the boys work in hotels. At first, some small sums of money are sent to the parents but after a few months the parents receive nothing more. Often there is no way of tracing the boys and girls.
Sister Annie: “Sometime we succeed in intervening to save these boys and girls. In the past three years we have traced more than fifteen boys and girls in Chennai, Bombay and Delhi. We found them working from morning till night, treated like slaves”.

For ten years now, Sister Annie and some other Sisters of her congregation have been running the programme called “Auxiliary Reach Out” which provides a form of social-pastoral service in 34 centres in north-east India. The programme includes training for catechists, home visits, education for girls and women and the protection of minors.
The Salesian Sisters have been involved since 2016 in the fight against human trafficking.  “Poverty and human trafficking make slaves of the children of God” -, Sister Annie comments -. All our work is directed against these evils”.
The aim of the Sisters is to raise awareness in 30 village communities before the end of 2020, so that the human traffickers will be unable to operate. For this purpose, the Sisters have set up a sort of Citizens’ Committee against human trafficking, to protect the communities and, where necessary, to call in the police. It also provides information on safe migration and job-seeking.
Sr. Annie gives hope to Adivasi youth: “We want to support the young people, boost their self-confidence and make them leaders in their own communities”. Consequently, the Sisters have recently founded multicultural groups in the villages where they present Christian values and encourage the young people to develop themselves in their own environment.
Bettina Tiburzy

Jihadism in the Indian sub-continent.

Thailand. Much is unknown in the Country of the Smile.