For years, the question of minerals has been at the centre of political debate and this would bring about a sea-change in the history
of Mongolia.

The exploitation of the immense deposits of gold and copper in the Gobi Desert has for some time been central to the electoral campaigns of the Democrats who are ready to open up to large foreign companies for the mining and processing of the raw material. What is promised is that this will bring riches and benefits to the entire Mongolian population; however, there is the serious danger of compromising the environmental and social equilibrium of the already fragile country. 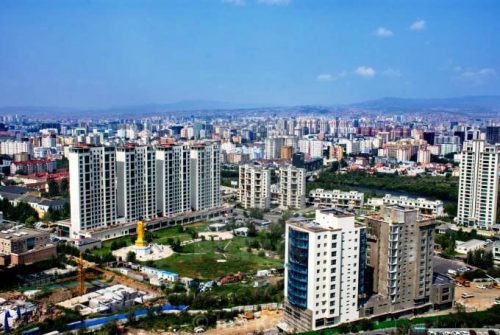 The capital of Mongolia, Ulaanbaatar.

In the first years of mining, after 1990, a large part of the very limited water reserves of the Gobi dried up, but the real unknown will be that connected to the change in lifestyle of those who had been nomads for thousands of years. Urbanisation is already definitive, with 60 per cent of the population living in small centres and just one large city, the capital Ulaanbaatar which, with 1.3 million inhabitants, contains a third of the overall population. The construction of new mining cities, asphalted roads and advanced infrastructure is leading, and will undoubtedly lead in the future, to considerable opportunities. But the impact of the technological ‘revolution’ will be seen in the field and, if considered necessary, be limited. In recent years, many protests by students, intellectuals, citizens and nomads, have emphasised all these doubts to which we must add the danger of handing over to foreign powers the precious Mongolian patrimony. 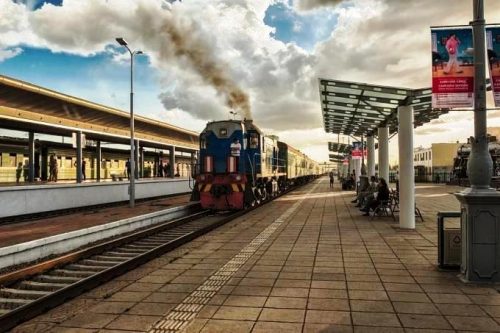 Today, the key to the future development of the country, its main challenge, is the exploitation of its immense mineral resources: copper, gold, coal and uranium. Growth, urbanisation, and marked changes in the traditional life system influence the cultural and social characteristics of the population (especially nomadism) and the traditional Buddhist religion. Finally, the role of the neighbouring and historically overpowering powers like China and Russia, as we have seen, remains problematic as does associating other international interests with development. Given these premises, the project to extend the internal rail network and connecting it to those of Russia and China which would allow greater opening towards oriental Asia, on the one hand, and Europe on the other, is seen by both the authorities and the population as essential in order to achieve freedom from the tutelage of Peking and Moscow.Even after the fall of the Soviet Union, the Mongols opted – through general democratic elections – for a government still closely tied to the old Soviet model, by means of the Communist revolutionary Party.
Still today, a sort of politics that is heir to the one-party Soviet system and constantly balanced between authoritarianism and nepotism is in a charge of the country and its prospects. 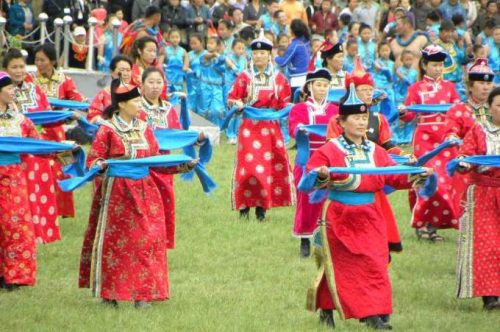 It is no surprise that public frustration with the parties has been increasing over the years despite the fact that the population continues to support its choice of democracy. There are three main causes of dissatisfaction: the absence of leadership, the failure to implement laws and regulations, and corruption.
The democratic game, especially in view of the elections, is played out over the personalities of the leaders rather than political platforms, while deep divisions also influence the parties themselves.
The delayed or inadequate application of laws makes the running of the country difficult and even more so the management of emergencies, as demonstrated by reaction to the extensive floods of the summer of 2018, accompanied by an epidemic of foot and mouth disease. Inadequate laws fail to contain pollution and guarantee the health of the citizens but actually end up protecting corruption and crime with such cases that, when they emerge on the level of politics, also due to the struggle for information that is more open and less sensitive to the intimidation suffered by academics, often become bogged down. Nevertheless, there are abundant positive signs from individuals and groups hostile to the old ways of using power. 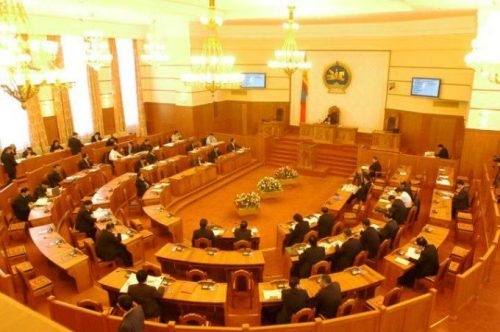 When the Mongolia People’s Party returned to power with the parliamentary elections of June 2016 and the defeat of the Democratic Party and also the MPP in the local elections, the following October, this resulted in the start of a series of constitutional reforms destined to affect the sovereignty of the state, the roles of the executive, the legislative and the judiciary, on the balance of power in parliament, the electoral system and other areas. Ratification by parliament at the end of 2019 might have opened the door to clarification of the hitherto confused definition of the powers of the president and prime minister in the hybrid system – parliamentary and presidential – that characterises the structure of the country. It would be for the Constitutional Court to say the last word on this, after some delay due to the approach of the elections which could, according to some observers, set in motion a new phase in the management of the country. (S.V.)