Illegal logging is the natural resource crime in the world and the world’s third largest crime, according to the report ‘Transnational Crime and the Developing World’, published in March 2017 by Global Financial Integrity, the non-profit American organisation that investigates illicit financial flows. The business of this transnational crime is valued globally at an average rate between US$52 billion and US$157 billion annually. The report of the United Nations Environment Programme (UNEP) estimates that illegal logging supplies up to 30 percent of timber in the global market. 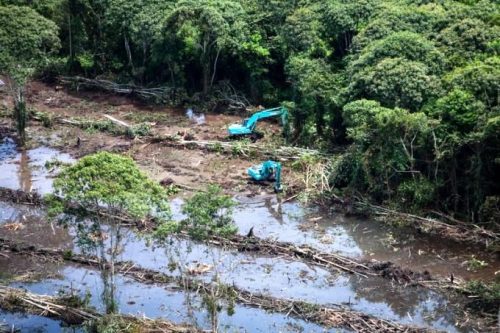 According to Insight Crime, a foundation dedicated to the study of organised crime,  the Amazon region is the eye of the storm of illegal felling of trees. Illegal logging along with illegal mining and drug trafficking are the most investigated crimes in Latin America. UNEP ranks Latin American forests the second most affected region by illegal logging after that of the Asian forests. On average, the total gross value of the exports of illegal timber cut in South America reached US$387 million in 2014 alone, according to the International Union of Forestry Research Organisations (IUFRO).
Rolando Navarro, a researcher at the Centre for International Environmental Law (CIEL), said that, “More than 75 percent of timber traded in South America, both domestically and for exports, is not legal”. 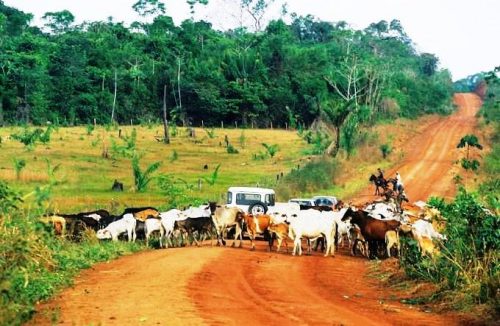 Illegal timber trade is a complex organized crime that is linked to other criminal activities. Alicia Abanto, assistant director for the Environment, Public Services and Indigenous Peoples at the Ombudsman’s Office of Peru said that timber trafficking is associated with crimes such as deforestation, labour exploitation, land trafficking and invasion, tax evasion, falsification of documents, state corruption and even assassinations of leaders that fight for the protection of forests.
“Such crimes, which  are also perpetrated in the rest of Latin America and the Caribbean, are more widespread in the Amazon region due to its large tree cover”, said Ms. Abanto. “lndigenous people are often hired by enterprises to cut trees. Most of the times these people are not aware that they have been asked to do something illegal and entrepreneurs take advantage of it”. 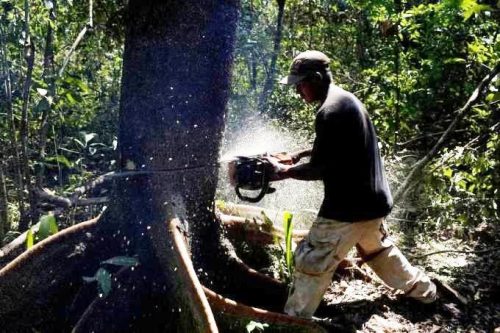 The most frequently traded wood species are: Cumala (Virola sp.), Tornillo (Cedrelinga catenaeformis), Capinuri or Chimicua (Clarisia biflora), Kapok (Chorisia integrifolia), Capirona (Calycophyllum spruceanum), Shihuahuaco (Coumarouna odorata), Cachimbo (Cariniana domesticata), Copaiba (Copaifera reticulata); Cumala (Virola sebifera) and Catahua (Hura crepitans).
The research, ‘A spatio-temporal analysis of forest-loss related to cocaine trafficking in Central America’, published in May 2017 by the Scientific Portal IOPscience, shows that, over the last decade, Guatemala, Honduras and Nicaragua have lost between 15 and 30 percent of their forests annually because of cocaine trafficking. This illicit activity also has a  negative impact on the forests of  Costa Rica, El Salvador, Jamaica, Panama and the Dominican Republic.

The most recent study of the Environmental Investigation Agency (EIA) entitled, ‘Moment of Truth: Promise or Peril for the Amazon as Peru Confronts its Illegal Timber Trade’, released in January 2018, shed some light on the laundering of illegal timber.Data provided by the Serfor office in Callao and reviewed by the EIA reveal that only 16 percent of the shipment’s wood – which was part of a sample selected by the forest authority for verification – was of legal origin. 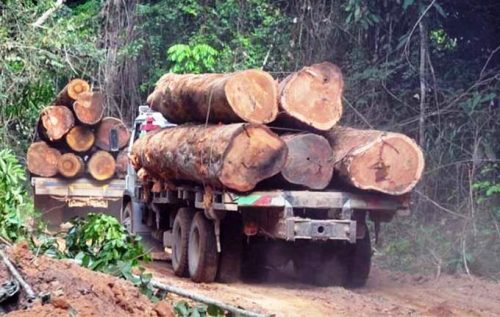 Another 17 percent corresponds to illegal logging and/or laundering of illegal timber, according to the EIA’s verification process of the origin sites carried out by the Agency for Supervision of Forest Resources (or OSINFOR, in Spanish). Regarding the remaining 67 percent, it was not possible to determine the origin. However, Julia Urrunaga, director of programs in Peru at the EIA, said, “Our analysis showed that two-thirds of the wood with unknown origin has a medium or high risk of illegality”.
Peru exports its wood, including that of illegal origin, to China, Dominican Republic, USA, Mexico, France, Cuba, South Korea, Belgium, Puerto Rico, Australia, Taiwan, Spain, Chile, Ecuador, Uruguay, Canada, Israel and Japan.
The 2012 EIA report, ‘The Laundering Machine: How fraud  and corruption  in Peru’s concession system are destroying the future of its forest’, reveals the mechanism that allows illegal timber trade to happen: what is generally called the ‘laundering machine’. 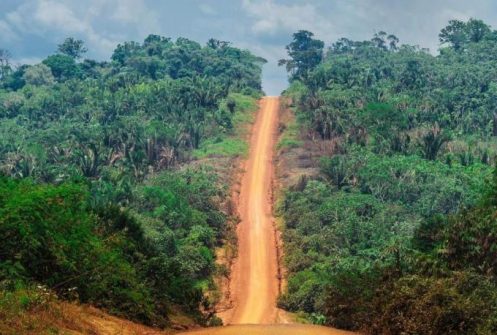 The mechanism is simple, “The concessionaires submit for approval lists of trees that do not exist in the real world, and complicit authorities approve the extraction of this non-existent wood. Backed by these ‘volumes’ of imaginary trees, the corresponding official documents are sold in the black market and used to launder wood extracted illegally from elsewhere – national parks, indigenous territories, or other public lands”.Alicia Abanto said that the Latin American States should promote the collective titling of indigenous lands in order to stop land trafficking, which is often linked to the illegal felling of trees. She added that there is also need for a regional coordination of countries to face effectively the illegal timber trade, and in order to do so, peoples need strong governments that employ an iron fist against mafias.