It is used to treat backache and brittle bones. The decoction from the leaves is used to deal with depression.

Medicinal plants play an integral role in traditional medicines across the world and have been used for centuries in treatment and management of numerous disease conditions. In fact, numerous cultures still rely on indigenous medicinal plants for their primary health care needs.
The African continent has a very strong history of traditional healing and hosts a variety of medicinal plants. Medicinal plants are now universally recognized as the basis for a number of critical human health, social, and economic support systems and benefits. There has been a major increase in demand for medicinal plants for both the local and global markets over the years. 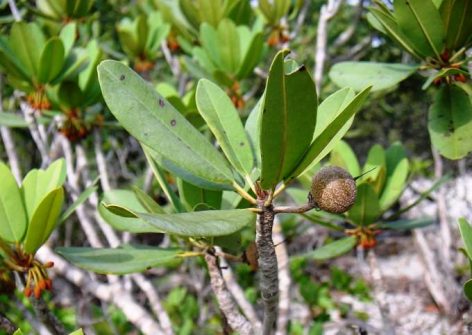 One of such vital medicinal plants is Manilkara mochisia (Baker Dubard) which belongs to the plant family Sapotaceae. It is commonly known as the lowveld milkberry, an evergreen shrub or small tree with dense compact spreading crown that grows up to about 20 m in height. The bole branches from low down and close to the ground surface and has brownish-grey bark with typical longitudinal fissures. Its leaves (dark green,upper surface, and pale green, lower surface) are obovate, leathery, glossy and simple, forming distinct rosettes at the terminal ends of the branches. These mostly grow and spread laterally making the shoots averagely short. The flowers are white to pale yellow, densely clustered under the new leaf axils. Its fruit is fleshy, ovoid, with a sharp bristle at the apex and yellow when ripe, containing 1 to 3 seeds. The seeds are dark brown, ellipsoid and compressed.
Manilkara mochisia is commonly found at low and medium altitudes in dry woodlands along the coast and in Acacia and miombo woodlands, especially on termite mounds. This medicinal plant is widely distributed throughout the tropical region of Africa ranging from East, Northeast to Southern parts of Africa in the following countries: Somalia, Kenya, Tanzania, Angola, Namibia, Zambia, Malawi, Mozambique, Zimbabwe, Botswana, Swaziland, and South Africa among others. 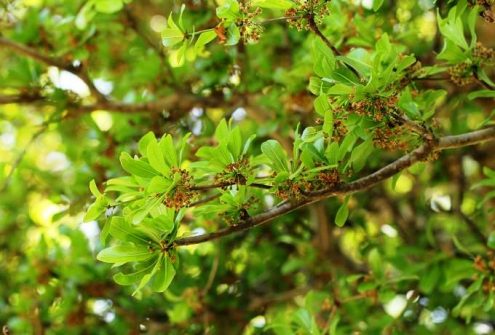 It should be noted that in sub-Saharan Africa the fruit of  Manilkara  mochisia is often used traditionally as food, while the leaves, stem backs, and roots are prepared for medicinal purposes to treat a myriad of disease conditions. The stem bark of Manilkara mochisia is used to treat mastitis (inflammation of breast tissue that may lead to breast pain, swelling, warmth and redness). In this case, the stem bark is dried, pounded and the powder mixed with groundnut or simsim oil and smeared on the swollen breasts of a woman who is suffering from the disease. The stem bark decoction and infusion are also used to treat diarrhea, and emetic conditions. 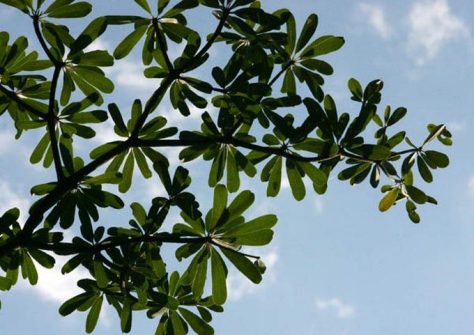 The stem bark is also used among some Southern Africa communities to treat backache and brittle bones. The decoction from the leaves is used to treat depression. The root decoction is used as mouth wash to treat toothache and its sap is topically applied to treat earache. The ripe fruits are collected from the ground or picked from the tree and the pulp eaten raw as a snack and it is considered one of the most pleasant wild fruits. The fruit pulp is also used in jam, jelly and drinks.
The tree provides good shade and the hard and heavy wood is used for furniture, carvings, tool handles, spoons, and poles. The wood is also used for domestic fuel.