The plant is often harvested from the wild for local use, especially for medicinal purposes but also as a food and source of soap.

The use of wild medicinal plants in traditional medicine is still a very common practice in many parts of the world. Cyathula prostrata (L.), Blume, which belongs to plant family Amaranthaceae is one of the wild plants with vast medicinal applications throughout its distribution range in Africa. It is an annual to perennial branched herb/shrub reaching an  approximate length of about 1m, erect or ascending, rooting at the nodes, with an obtusely quadrangular stem, thickened above the nodes and young foliage, often coloured red. 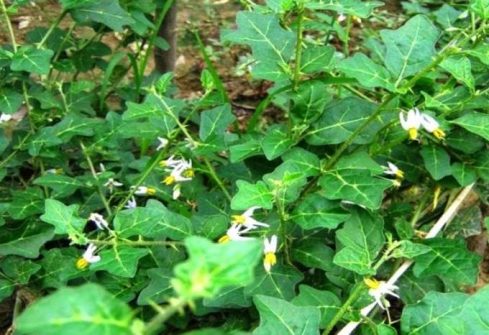 Leaves are opposite, simple, rhomboid-obovate to rhomboid-oblong, with base contracted or narrowed, rounded, apex triangular, acute to obtuse, entire, ciliate; the margin or blade is often tinged red and the petiole short. Inflorescence presents an erect, elongated raceme, the terminal and highest leaf-axils, straight or sinuous, rachis densely pubescent; bisexual flowers in small clusters grow in the lower part of the raceme. The fruit is an ellipsoid utricle, thin-walled, glabrous, one-seeded, surrounded by stiff perianth. The seed is ovoid or ellipsoidal and shiny brown. Cyathula prostrata is a weed of cultivated land, waste places, as well as forest margins. It is widely distributed and can be found in tropical Africa and America, and in Asia as well as in Australia. In many communities, the leaves are cooked and eaten as a vegetable. 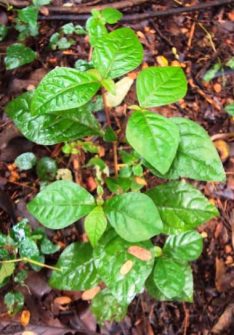 The Cyathula prostrata plant is often harvested from the wild for local use, especially for medicinal purposes but also as a food and source of soap. It has many medicinal uses. The leaves are typically used for treatment and management against rheumatic fever, dysentery, wounds and eye trouble. The sap is traditionally used as an ear drop to treat otitis and is also applied to skin sores and burns. The leaves, mashed with water are  used as a remedy for treatment of cholera disease. A decoction of the leaves is applied to snakebites. The juice from macerated leaves is applied to cuts and bruises as an antiseptic and the macerated leaves themselves are applied to wounds to stop bleeding. The decoction of the leaves is used to ease irritations of the throat.
The stem and leaves decoction is administered as a mild laxative. The juice extracted from the stem is used as an abortifacient. A stem decoction is taken as a diuretic and to increase menstrual discharge. Similar to the stem use, the roots are also used as an abortifacient. A decoction of the roots is used as a remedy for dysentery, colds and cough, and dropsy. 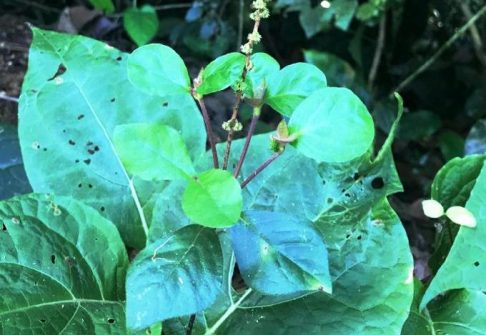 The root is used as a plaster to treat caterpillar itch, around the neck for a cough and on the belly for intestinal worms or shingles. And although its use in traditional medicine is not much reported compared to other parts of the plant, the flowers are known to have an expectorant activity. The decoction prepared from the whole plant is also administered for articular rheumatism.
Furthermore, the decoction of the aerial parts of the plant is drunk as a treatment for cough and an infusion of the whole plant is taken as a remedy for fever and dysentery. A decoction made from the whole plant is used as a wash for relieving headache. Similar to the use of the leaves, the sap obtained from the whole plant is administered as ear drops to treat otitis and headache. The plant is pulped and applied as a poultice on sores, burns, and fractures, where it acts as a haemostatic and healing agent. The ash of the burnt plant, mixed with water, is rubbed on the body as a remedy for scabies and other skin ailments.