It is a medicinal plant whose therapeutic values undoubtedly have a folkloric background as it has been used in the treatment of various diseases by traditional healers.

Pseudocedrela kotschyi (Maliaceae Family) is a small, deciduous and monoecious tree with an oblong to pyramid-shape, usually having a dense crown, and grows to a height of about 12 metres tall. The straight and cylindrical bole can be branchless for up to 7.5 metres with a diameter of 70cm. The inner bark has reddish veins. Leaves alternate but are often clustered at the ends of the branchlets, paripinnately compound with 8–18 leaflets which are alternate to nearly opposite. The flowers are unisexual, male and female flowers being very similar in appearance, regular with lobed calyx and free boat-shaped petals. The male flowers consist of rudimentary ovaries while the female flowers consist of non-dehiscing anthers. The fruit is a narrowly obovoid to club-shaped capsule of about 7–14.5 cm long, erect, and brown, dehiscing with 5 woody valves and many-seeded fibres between the valves. Seeds are 4–6 cm long, pale brown, winged at the apex. Pseudocedrela kotschy is widespread in the savanna region from Senegal to Ethiopia and Uganda. 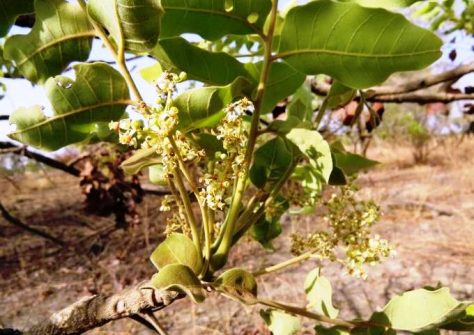 It is a medicinal plant whose therapeutic values undoubtedly have a folkloric background as it has been used in the treatment of various diseases by traditional healers. In particular, its bark, roots and leaves are the most frequently used plant parts. It is harvested from the wild, mainly for local use and occasionally planted as an ornamental shade tree and roadside tree. Internally, it is used to treat fever, stomach-aches, dysentery, and as an anti-parasitic. Externally, it is used to treat leprosy, sores, rheumatism, swelling, and even as a dressing to help the healing of bone fractures. Pseudocedrela is a medicinal plant that is also widely used for the treatment of thromboembolic disorders, gastrointestinal diseases, microbial infections and other conditions.
The finely pounded fresh leaf twigs (forming paste) is rubbed into the skin to treat rheumatism, and to the forehead to treat headache. The paste is applied and wrapped with a bandage to heal compound fractures. The carefully made decoction from pounded leaves is drunk to relieve one from oedema condition. Additionally, the pounded leaves are added to a water bath to treat against skin rash caused because of oedema. In many communities especially in West Africa, the decoction/infusion made from the pounded leaves is orally administered for the treatment of dysentery, malaria, and a number of gastrointestinal conditions including stomach-aches, abdominal pains, and diarrhoea. The leaves of Pseudocedrela kotschyi  and other herbs are mixed and pounded; the decoction made from this is administered orally for the treatment of polyuria; a condition where one produces abnormally large volumes of diluted urine. 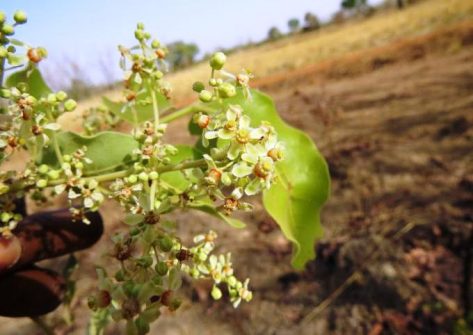 The stem bark decoction or maceration is used to treat fever, stomach-ache, diarrhoea, dysentery, malaria, worm infestation, and sexually transmitted diseases including syphilis. It is also used as a diuretic and as an aphrodisiac (stimulant of sexual desire or libido enhancer). The bark decoction is applied externally to treat ulcers, sores, rheumatism, leprosy, skin itch, and gingivitis. The young stems and roots are used as a chewing stick to maintain healthy teeth. The bark decoction is also administered as a pain-killer and in the treatment of haemorrhoids, venereal diseases, and as a fabrifuges.
The infusion or decoction made from pounded roots is used in the treatment of diseases such as rheumatic disorder, sores, inflammation of the gums, and syphilis. In some countries in West Africa, the mixture of the infusion of the root bark of Pseudocedrela kotschyi and the aerial part of Adenia cissampeloides is used in the treatment and management of circulatory disorders including numbness. Root bark preparation is used as a powerful diuretic, to treat asthma, fever, dysentery, oedema, and to facilitate childbirth. The root bark is pounded to form a paste which is then applied externally to treat skin ulcers, haemorrhoids, limb fractures, caries, and as an aphrodisiac. In many communities across Africa and especially in East Africa, tea made from the root powder is drunk to treat liver cirrhosis. The root is mixed with other herbs and the resultant decoction is administered orally for the treatment of diarrhoea, general weakness, polyuria, abdominal pains, allergies, emetic, insomnia, and for enhancement of palpitations. 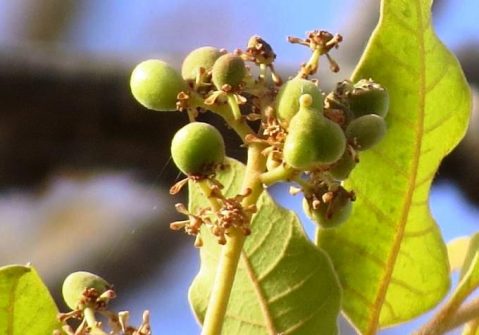 Apart from its immense use in human medicine, Pseudocedrela kotschyi also has several other uses. In veterinary medicine, the stem bark is mixed with animal fodder and is known to be effective in the treatment of trypanosomiasis in livestock. The leaves are also given as fodder to treat intestinal worms in livestock. The bark yields a brownish dye that has been used for dyeing cloths over the years and a soluble gum is also obtained from the tree bark. The wood is valued for high-class joinery, furniture and cabinet making, and for shelter construction. P. kotschyi is occasionally planted as an ornamental shade tree and roadside tree. The leaves also provide green manure.
However, despite its numerous health benefits, the plant also has some known hazards and care must be taken when handling it. The root juice can lead to severe skin necrosis and care must be taken when topically applying it on the skin. The bark is used as an ingredient for arrow poison and also as a fish poison.
Research into the medicinal properties of Pseudocedrela kotschyi showed that the plant phytochemicals have antimicrobial, antiprotozoal, and antidiabetic effects. These unique potentials of Pseudocedrela kotschyi and its constituents have shed more light and given a justification for its continuous folkloric medicinal use to treat and manage a number of communicable and non-communicable diseases.