The cards suggest that the final showdown in Syria is approaching. Daraa, the city where the anti-Asad revolt – or, better, the proxy war – broke out has been disputed between the Syrian army and the Islamist forces since March 2011. After the liberation of Damascus and surroundings, including Ghouta – that ended just after the Anglo-Franco-American missile attack against the chemical weapon facilities in April 2018 – Syrian government forces seem ready to finish the ‘task’.

Barring unforeseen events, Damascus could effectively end the war in Syria – often and erroneously described as a ‘civil conflict’. Still, a major question lingers. Will the Americans and their allies, who still have some 2,000 troops in the eastern Syrian desert, allow the Asad government to claim the final victory?
Damascus’s air force has launched various attacks against the Islamists (once known as the Free Syrian Army / FSA) still operating in various areas of southern Syria.
Most of the bombardments have targeted the rural areas around Daraa, representing one of the areas where the Islamists all but consolidated control since 2014 (before the Russian intervention that helped unlock the stranglehold of Asad’s forces).
The intensity of the aerial campaign suggests that a land based and final invasion is weeks if not days away.
Rumors suggest that Syrian land forces and troops have already secured the main routes to Daraa province. 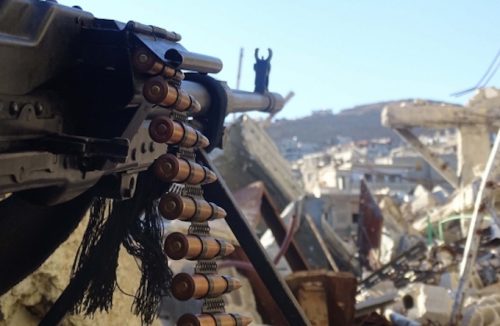 Presumably, all the splintered Islamist factions could come together to face the Syrian Arab Army in a final battle of sorts. The battle would be ‘final’ because Daraa carries significant strategic weight. As noted earlier, Daraa is where the anti-government protests began. Moreover, while ‘al-Qaida in Iraq’ had not yet morphed into Islamic State in Iraq and Syria (ISIS) with the complicity of the British and American governments, keen to win favor with rich Arab Gulf States.
Now, the city of Daraa continues to be divided between government and Islamist controlled areas, just as was the situation in Aleppo in 2017. The province which Daraa controls also features a mix of government and ‘opposition; controlled forces – and within the latter, there are further divisions among convinced radicals and others, who could be willing to negotiate a surrender to government forces. Finally, there are credible claims that an ISIS ‘battalion’ has managed to retain control of a small village south of Daraa. 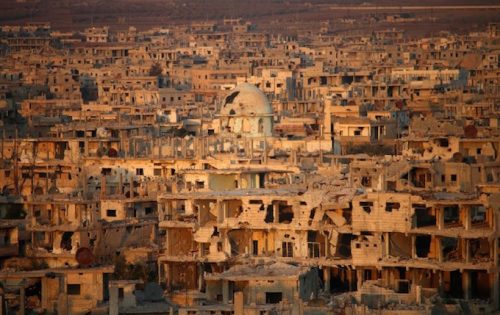 Apart from the political and historic symbolism that Damascus’s capturing of Daraa would imply, the area has always been strategically important.
So important in fact, that it was one of the strategic targets for Major T.E. Lawrence, popularly known as Lawrence of Arabia, as it was an Ottoman supply post. It was also what he – and other leading British officers – considered to be the heart of Syria in 1917.In that sense, Syria represented the whole of the Levant, including present day Jordan, Palestine, Israel and Lebanon, given this was before the Mandates and partitions decided by the European powers at Versailles in 1919.

Today, Daraa, remains a key strategic outpost. It’s on the border with Israel and Jordan, both of which have player their role in contributing to the destabilization of Syria since 2011. Daraa is also close to the Golan, where Syrian troops, according to rumors in the Israeli media, have challenged the status-quo, moving troops in areas that the UNDOF mission peacekeepers recently abandoned. Israel has promptly complained – despite their almost weekly attacks against Syrian and Iranian military targets. Doubtless, Damascus is well aware of the risks of retaliation. Then again, the Israelis have ‘cried wolf’ so many times, fueling the flames against Damascus, that Asad’s generals might be willing to take a calculated risk to gain a tactical advantage in their battle for Daraa, securing areas of the Golan. The UN has decided to return to the area to prevent an Israeli escalation. However, the Golan, the argument at the heart of the Syro-Israeli dispute since June 1967, serves as a reminder highlights the difficulties that Asad’s forces will face in trying to regain final control of their territory: external as well as internal foes, determined to sabotage reunification and, eventually, reconciliation.
At the very least, apart from the return of UNDOF peacekeepers, Israel will boost its own military presence in the area. Of course, the cast of characters in Prime Minister Netanyahu’s office, could not limit themselves to a mere ‘defensive’ stance. Israel has already fired rockets against targets not far from Damascus International Airport – an alleged arms depot belonging to Hezbollah. By now, of course, given frequent Israeli aerial interventions, which took place long before the so-called Arab Spring began in 2011, Damascus probably expected retaliation. And it prefers not to allow the evident Israeli provocations from escalating to diffuse, rather than intensify, the threat. 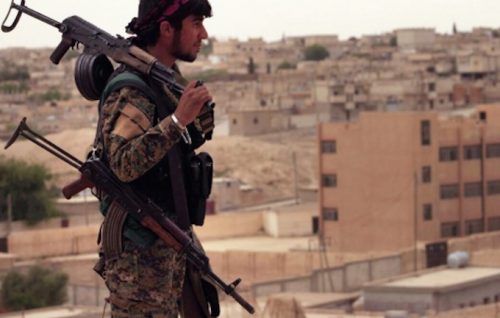 No matter how successful Asad will be in reuniting his country behind him – as he has done in Damascus and Aleppo already – Syria’s alliances with Iran and the Hezbollah party/movement in Lebanon – will continue to prompt Israeli attacks. More significantly, perhaps, Israel would certainly prefer if Hezbollah forces – which have played an essential role in liberating key areas of Syrian territory occupied by ISIS and other Islamists – not take part in the final attacks in Daraa and surrounding areas.

Indeed, the closer Asad’s troops will be to reaching a final victory, the more alarmed Israel will become. Russia, without which Damascus risked falling to ISIS in 2016, has maintained Israel close, prompting not a few perplexities. Russia’s overarching diplomatic strategy in the region – maintaining a modicum of goodwill even with Saudi Arabia, one of the major ideological and financial sponsors of the Islamists still occupying parts of Daraa today – will prove indispensable in keeping Israel at bay for as long as possible. At least until the Syrian Army will have completed its task. 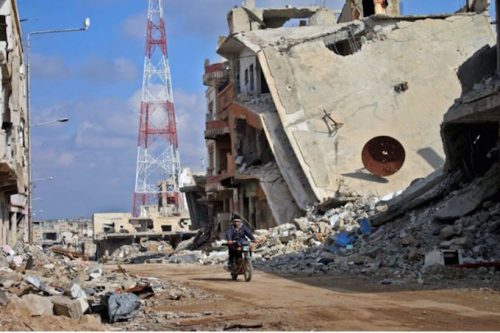 And Russia’s diplomatic action is not over. At the time of writing, what seemed impossible has happened. One of the ‘uber-hawks’ of the Trump administration, National Security Advisor John Bolton arrived in Moscow to formally prepare a bilateral summit between Presidents Donald Trump and Vladimir Putin.
Whereas, Israel will insist that Syria remains a threat because of its ties to Iran, going as far as establishing tacit, if informal, alliances with the Arab Wahhabi Gulf States, Trump might ‘borrow’ against the political capital he has earned by conceding on the Status of Jerusalem as Israel’s capital to contain Israel in Syria. In turn, the Russians might ‘persuade’ Asad to soften – not cancel, of course – Syria’s links to Tehran. The goal will be to achieve a delicate balance in the Levant to favor the as yet unknown, forthcoming, Middle East peace plan that the Trump administration has devised in collaboration with the Saudis and Israelis.

Weakening Links Between Damascus and Tehran?

Of course, so long as the Golan issue remains, Israel and Syria will be in a virtual state of war. Only a comprehensive agreement, backed by Russians and Americans, can prepare the Syrian territory for ‘stability’. That is, the Americans (and their Gulf and Israeli allies) could agree to stop interfering in Syria in return for security concessions, which the Russians will guarantee in Syria. The result would see Syria falling more in the Russian sphere of influence than Iran’s. Russia would have the additional incentive to ‘bend’ the Baathist regime in Damascus in this direction, should Putin be able to secure a lifting, however gradual, of sanctions and recognition of its annexation of Crimea. 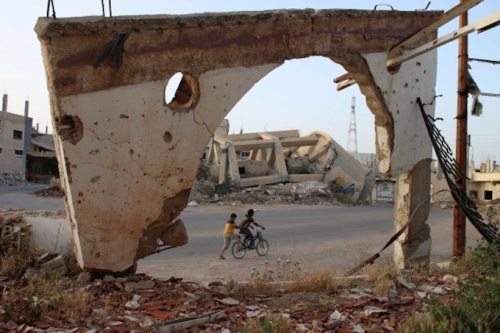 That’s one of the potential scenarios that could emerge from a successful Trump-Putin summit. Another ‘solution’ may involve replacing U.S. troops with U.S. ones in the eastern regions. Trump will be able to claim a victory at home, exploiting it for the November mid-term elections, avoiding any risk of incidents capable of triggering a conflict with Moscow, while keeping pressure on Asad.
Nevertheless, it’s clear that foreign powers, rather than the individual States emerging from the ashes of European colonialism in the 20th Century, have not relinquished their control. Whatever solution is adopted, the risks of failure and a protraction and spreading of the Syrian conflict remain high.
If there was a point to ISIS, it was to question the post Ottoman, Sykes-Picot treaty, division of the modern Middle East. The question has not been solved.