Another indirect threat is the boom of extractive industries. In the DR. Congo, oil blocks overlap with the World Heritage Virunga and the Salonga national parks. In Ugana, an oil field is developed in the middle of the Murchison Falls National Park while a similar threat hangs over the Sudd wetland, in South Sudan.

In order to exploit the Belinga iron ore deposit, in Gabon, an extension of a railway line and the construction of a hydroelectric dam are planned. This project might severely impact the Ivindo national park, warns the EU report. Another controversial example is the excision of 20 000 ha from the World Heritage Selous Game Reserve, in Tanzania to mine uranium. 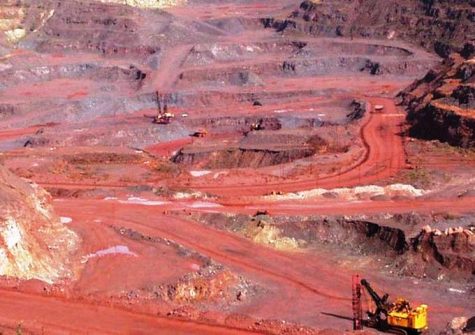 Gabon. The Belinga iron ore mine.

Another problem is that for generations, conservation policy has been socially illegitimate in the eyes of rural people. The EU report also stresses that many protected areas exist only on paper with few staff assigned to manage them and scare resource. The lack of political will to provide the necessary support for protect areas is a handicap in Central Africa. The EU report also deplores that lawbreakers are rarely prosecuted and that penalties are not dissuasive enough.
Global warming and the rising intensity of droughts and floods, could have many consequences, including the expansion of over-grazed rangeland in Eastern Africa, driving desertification and pushing pastoralists more and more inside woodlands and forests. 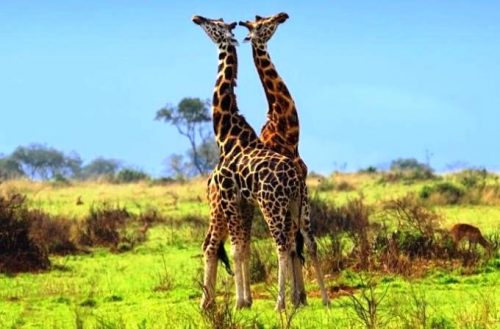 Since two decades, emerging diseases have become a threat also to wildlife. Ebola outbreaks around the Odzala National Parks in Congo-Brazzaville resulted in the loss of 80 % of the gorilla population there, between 2000 and 2004.
In some cases however, the decline has been reversed. African Parks reintroduced the big five (buffalo, lion, lion, rhino, elephant) in the Kagera Park of Rwanda in the last few years. Five hundred elephants were also successfully translocated from the Liwonde National Park and Majete Wildlife Reserve to repopulate the Nkhotakota Wildlife Reserve in Malawi, but the pressure is enormous, explains Baudouin Michel.