The Sidama people are a deeply religious ethnic group that lives in southern Ethiopia. They say that ‘Magano (God), created their ancestors and took them away’.

The Sidama people, who inhabit the southern part of Ethiopia, have always been farmers and shepherds. However, today, because of the high density of population and education, pastoral life is disappearing. The Sidama land is located between 1.372 and 3.048 metres above sea level, and is marked by three climatic zones: lowlands, midlands, and highlands,  all supporting different activities and life styles. The majority of the Sidamas are adherents of the Sidama religion, but there are also followers of Christianity and Islam. God, spirits, and ancestors are the foundational elements of faith for the Sidamas and are the constitutive part of their life. God is named as Magano. The word magano is a compound word of ma and gano. Ma means ‘what’ and gano has three meanings: as a noun it means conspiracy; when used as a verb it means ‘I beat’ and ‘I say, or call, or name’. The approximate meaning of the compound word Magano can be ‘What can I call?’ or ‘What can I say?’ It indicates a deep experience of an incomprehensible and incomparable God. It could be that the original person, unable to express the experience, resolved it by calling Magano, ‘What can I say or call?’ 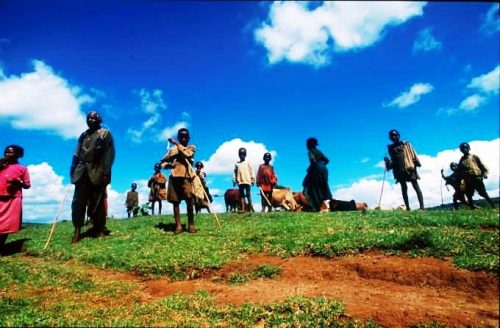 Magano is addressed by the Sidamas as a loving father, who really cares about his children. He alone created everything: humankind, nature, animals, heaven and so on. The Sidamas make a clear distinction between God and their common ancestors, saying that the ancestors were created by Magano. They say that ‘Magano created and took them away’. Even during their sacrificial offering to their common ancestors, Magano comes first before the ancestors’ names.
The Sidamas generally agree that in the beginning God used to live with people. As the result of sin they committed, Magano departed far away into the sky. Magano is perceived as being actively involved in human life, for which reason people continue reconciling themselves with God through sacrificial offerings until today. 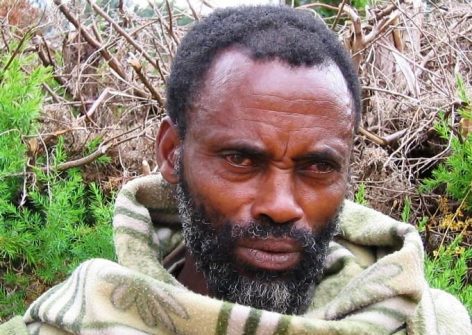 Magano’s name is feared or highly respected and is not called for wrong intentions (e.g. cheating, telling lies, stealing). One can observe some mischievous people or thieves swearing in Magano’s name to hide themselves from being discovered when they are suspected of such acts. The Sidamas see Magano as a true loving father, who really cares for his children. They also experience Him as merciful and believe that He forgives their trespasses when they ask for forgiveness. The sprinkling of the blood of the sacrificial lamb is a sign of reconciliation with Magano and with each other. The Sidamas believe that there are good and bad spirits. The good spirit, dancha Ayyaana, is identified as God’s spirit. The bad spirit, Busha Ayyaana, is also seen as real and is hated by the religious leaders and community elders. The Sidama people also believe that evil spirits can cause diseases but cannot cure them.
Consequently, evil spirits are feared by Sidamas, who also  believe in the existence of a female spirit, belonging to mothers-in-law, prayed to and honoured by women alone. They make food offerings to it, sing and dance (always at night and under a tree). They call it woxa. It is a cult of fertility. At child birth, mothers-in-law say: ane woxa tirtohe – ‘let my spirit help you for safe delivery’. 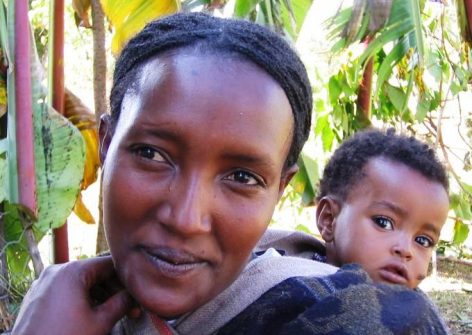 Sometimes when a dream occurs telling of eventual dangers such as war or plague or drought, women also make an offering (always food) and pray to this invisible mother-in-law spirit. Two types of sacrifices are performed in the Sidama religion: one is offered to Magano and the other is to the ancestors. The Sidama people pray to Magano individually or communally. Individual prayers can be offered with or without sacrificial offerings. But communal prayers are always accompanied by sacrifices This Ethiopian group also believes that their ancestors live with Magano, who granted them a special power to act. They show their gratitude to their ancestors through sacrificial offerings. At the communal, clan level, the offering is made to the common ancestors. At the family level, the husband fattens a bull and offers it for his father. 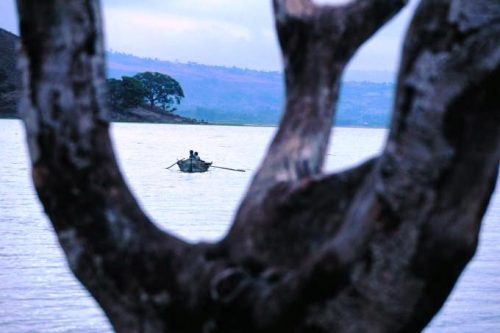 The Sidama people make two types of offerings: burnt offerings (to show gratitude and to ask for blessing to Magano) that are offered individually (for example, by the head of the family) or communally (by the clan):  a male animal, a lamb or a bull, is killed and burnt. And there are also the blood offerings: these are offered communally for the purpose of purification, reconciliation and protection from bad things, such as enemies, drought, and plague. If something that is considered as a grave offense against human beings, and indirectly against Magano, committed by an individual or individuals within a sub-clan or a clan, the community offers this type of sacrifice. Regarding the sacrifices offered to Magano on a communal level, no fixed place is designated. There exists neither a house nor a tent, not even an altar. All depends on the dreams specifying the place or on the indication of those who possess the gift of prophesying or by consensus. On the individual level, it is done at home, not inside but outside the house, of the one offering the sacrifice. The Sidama religion is an example of God’s universal salvific act and in no circumstance does an adherent of this religion forget to mention Magano.