It is one of the well-known popular plants which is often used in traditional medicine. This veritable multipurpose tree is also often grown to protect the soil.

This medium-sized deciduous tree is widely distributed in warm regions of southern Africa and the savannah of eastern Africa. In fact, the plant is native to a number of sub-Saharan African countries, including Botswana, Burundi, Central African Republic, Democratic Republic of Congo, Eritrea, Ethiopia, Gabon, Kenya, Lesotho, Mozambique, Namibia, Rwanda, South Africa, Sudan, Swaziland, Tanzania, Uganda, Zambia and Zimbabwe. The plant grows to about 5-15 m in height forming a thicket, with a well-branched, rounded, spreading crown with a short trunk. 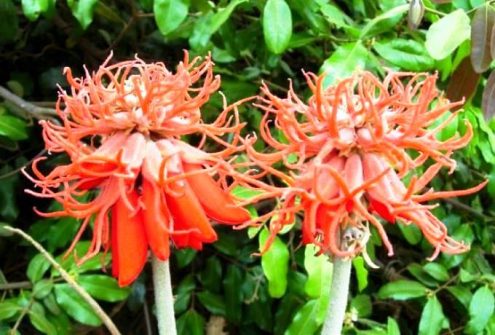 The mature bark is usually grey-brown to creamy brown and is deeply grooved. When the bark is cut, the tree exudes a brown, gummy sap. The leaves are compound, alternate, 3-foliolate with lanceolate stipules. The flowers are in strong, sturdy racemes on the ends of branchlets, orange-red, up to 5 cm long; the calyx joins to form a tube, split along the under surface almost to the base and separating away into long, slender, distinctive lobes at the apex; the calyx and standard petal are a striking scarlet to brick red. The fruit is cylindrical with a woody pod. The seeds are red with grey-black patches.
The tree’s genus name Erythrina comes from the Greek word ‘erythros’ which means red; a reflection of the showy red flowers of the Erythrina species. The specific name abyssinica means ‘from Ethiopia’. This popular plant is known by various names across the African continent.
In Ethiopia, the plant is referred to as kuara or korra in the Amharic language; the Bemba people in Zambia refer to it as mulunguti while in Uganda, the plant is referred to as Lucoro and muirikiti by the Acholi and Baganda tribes respectively. The Shona ethnic group in Zimbabwe call it mutiti and the Kiwahili speaking people of East Africa refer to it as muhuti or mwamba. However, the plant is sold under the trade name of ‘red hot poker tree’. 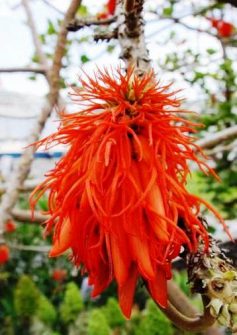 In fact, E. abyssinica is a well-known traditional medicinal plant with all its parts highly valued for treatment of a number of diseases, although the root and stem bark are the most commonly used parts. The pounded stem bark is steamed and the decoction administered to treat anthrax in some East African communities.
The infusion of the pounded leaves is taken to treat peptic ulcers; and also for treatment of diarrhoea. A leaf decoction serves as an emetic. The paste from pounded leaves is applied topically to treat wounds and to ease pains at the joints.
The bark is pounded in a large wooden mortar and pestle to form paste which is then used in medicinal applications. It is traditionally used to treat malaria as well as to expel gastrointestinal parasites. Roasted and powdered bark is used to treat external skin conditions, such as burns, ulcers and swellings such as boils. The bark decoction/infusion is also used to treat a wide range of conditions including snakebites, amoebiasis, cough, liver inflammation, stomach-ache, colic, measles, and male impotence. Pounded stem bark is boiled with goat meat and eaten by patients for treating sexually transmittable diseases such as syphilis and gonorrhoea. 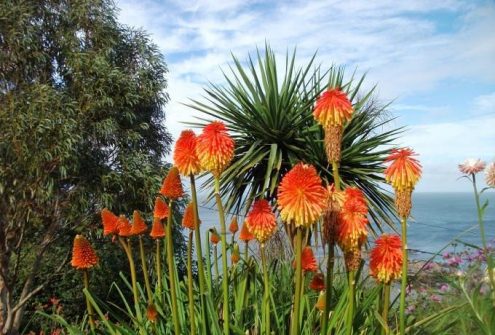 The bark of the immature green stem sap is used to treat eye inflammation. A decoction is taken orally as an anthelmintic and to relieve abdominal pains. The stem bark decoction is also known to be very effective in treatment of hypertension and mumps. The liquid from the crushed bark of green stems is used to cure trachoma, which is caused by Chlamydia trachomatis.The roots are also pounded to form paste and the infusion made from it used in the treatment of malaria and gastrointestinal parasites just as is the case with the stem bark. The decoction/infusion of the root is also orally administered for the treatment of peptic ulcers, schistosomiasis, and epilepsy. In some communities, the roots decoction is administered for the treatment of sexually transmitted diseases such as syphilis and gonorrhoea. 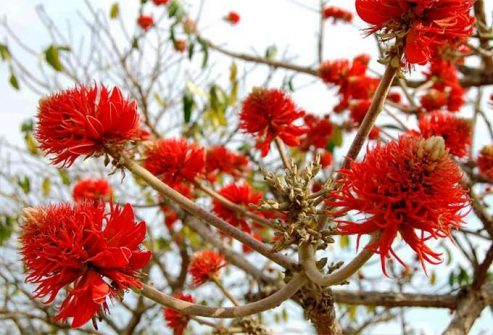 The freshly harvested flowers are also used in traditional medicine. The infusion of the pounded flowers is taken orally for the treatment of dysentery. A maceration of the flower is drunk as an abortifacient, and applied externally to treat earache. Fruit infusion is orally administered to treat and manage asthma and meningitis conditions.
In addition to the numerous medicinal uses of this plant in African traditional medicine, this veritable multipurpose tree is also often grown to protect the soil. The plant has a number of other uses too, including being used as a material for dye, live fencing, craft material, wood and fuel. The tree is often grown as an ornamental and shade tree in tropical areas both within and outside its native range. The leaves are given to goats and sheep as fodder. The seeds are locally used for making curios and necklaces. The infusion from the leaves is used to treat cattle-skin diseases. The plant is known to have phytochemical compounds particularly flavonoids and isoflavonoids which are the key to its medicinal potentials.
Richard Komakech