This plant plays important role in various communities for the treatment of numerous diseases and disorders including heartburn, coughs and respiratory complaints.

Ekebergia capensis (Meliaceae Family) is widespread in the sub-Saharan countries in Africa, including Senegal, Ethiopia, Angola, Botswana, Mozambique and S. Africa. This plant plays an important role in the various communities in which they are found for the treatment of numerous diseases and disorders including heartburn, coughs and respiratory complaints. Ekebergia capensis is commonly known as the ‘cape ash’; a large evergreen or semi-deciduous tree. 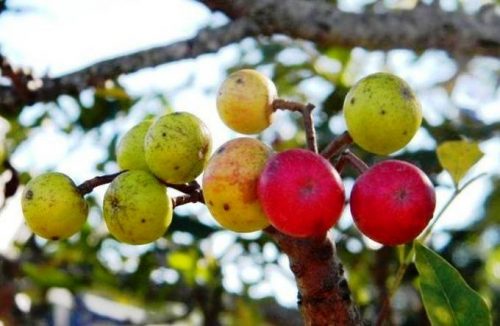 This semi-large tree can grow up to about 15m in height, and occurs in a number of different habitats, from high altitude, evergreen forests to riverine forests, and from sea level to about 1,500m above sea level. The main stem of Ekebergia capensisis characterised by a rough light grey to almost black bark, with few buttress roots at the base. The large glossy green leaves that are often tinged with a pinkish patch, or pink edges, are pinnate. The small sweetly scented flowers are white, occasionally with a pink tinge. A fleshy fruit containing four seeds appears as green and then turns bright red as it ripens.
The Ekebergia capensis stem bark, roots and leaves are widely used in traditional medicine and it is commonly gathered from the wild. In fact, the stem bark and roots are commonly sold in local markets in a number of communities for medicinal purposes to treat a myriad of diseases.  The fruits of this plant although not much liked, is used as a source of food. It is also planted to provide shade and shelter in plantations. 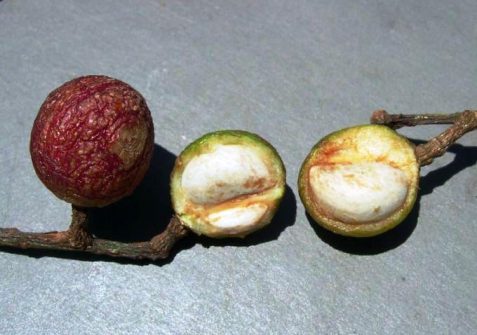 The decoction or an infusion of the leaves of Ekebergia capensisis used as a vermifuge. In some societies, the maceration of the leaves is used both internally and externally in the treatment of headaches, fevers, coughs and skin complaints. Furthermore, the decoction of the leaves is orally administered as a remedy for intestinal worms. The crushed/pounded leaves are mixed with a little salt and cold water and taken orally to relieve cold and fever conditions.
The stem bark of is highly valued for its astringent, emetic and vermifuge effects. The bark can be prepared as decoctions, infusions or as maceration and is administered orally to treat a wide range of disease conditions including gastritis, dysentery, heartburn, epilepsy, gonorrhoea and is also used for tanning. Furthermore, the pounded stem bark is applied topically to treat a range of skin complications including abscesses, ulcers, boils, scabies, acne, pimples and skin itching. The prepared powder of the stem bark is sniffed to relieve patients from illnesses such as headache, cold, and sinusitis. Decoctions from the stem bark (wood) are also used by some communities in South Africa as an oxytocic agent to facilitate childbirth.
The roots are known for their use as a diuretic and as an expectorant. The decoction is used to treat kidney problems, dysentery, headaches, heartburn, chronic coughs and other respiratory complications. 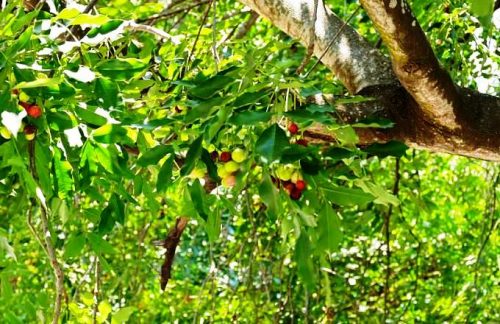 Similar to the function of the powdered stem bark, the pulverized roots are also sniffed as a means of relieving headache, cold, and blocked nose. In addition, the decoctions from roots can also be used to treat headaches, heartburn and chronic coughs. The powdered bark is also applied topically to treat waist pain.
Apart from its use in treating human diseases, various parts of Ekebergia capensisare used traditionally in some communities as an anthelmintic for the treatment of livestock. Due to the large attractive evergreen leaves, the tree has been used as a stunning ornamental street tree in many towns in Africa. The fruits are enjoyed by birds and mammals. The foliage is browsed by livestock in the dry season. The light and soft wood of the cape ash is easy to work with, and with its straw colour, it makes attractive furniture and is also used for light construction, poles and tool handles.