Jordan has few resources. It is one of the world’s leading exporters of phosphate, but prices for this commodity fluctuate frequently and in the past ten years they have dropped considerably.

Recently, the Hashemite Kingdom has discovered substantial quantities of high-quality shale-oil in many areas south and east of the capital Amman. Their exploitation could begin in 2020, but oil prices remain too low for this to be profitable. Unemployment (18.0% in 2018) and youth unemployment has reached close to 40.0%, despite a high number of university graduates. 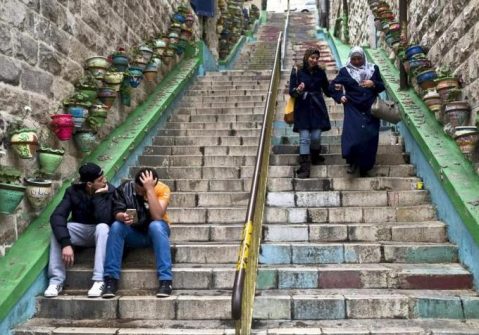 The structural economic weaknesses have catalyzed discontent and a deep-rooted mistrust of the institutions, including the Monarchy itself, compromising even the semblance of balance: the country seems to teeter on the brink of economic and political collapse. Tensions exist below the stable surface; occasionally, they rise above it, and in 2011, riots erupted in the streets of Jordan’s main cities as they did elsewhere in the Middle East.
Indeed, rioting, especially those motivated by the lifting of subsidies on basic food items like flour or sugar, has occurred frequently. Furthermore, while the King has found ways to repeal Bretton-Woods (IMF, World Bank) institutions’ austerity measures, Jordan’s public debt that reached 94% of the Gross Domestic Product (GDP) in 2018, surging from about 70.0% of GDP in 2011. History and geography have condemned Jordan to serve as the crossroads for most of the refugees in the Middle East, and the influx of some 700,000 refugees from Syria since the war in that country began has crushed Jordan’s economy. 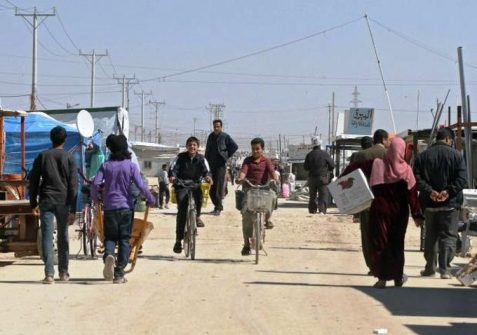 Jordan expected to benefit from higher amounts of international financial aid, which might also serve to stimulate the economy, because of its absorption of thousands of refugees from Syria. The aid that did flow to Amman was insufficient. Successive Jordanian governments have had to contend with high debt levels and low growth. Cuts in state subsidies have devastated the lives of the low- and middle-class Jordanians. Jordan has few alternatives to borrowing: in 2018 the IMF has demanded deep spending cuts and a radical tax reform in exchange for a $700.0 million three-year loan. Multilateral loans inevitably cause shocks to the system in a country like Jordan, which, lacking resources, survives thanks to the charity of the rich Arab Gulf States.
In recent years, Jordan has also lost investors, who have chosen to place their money elsewhere in the region – that is where they can find better fiscal advantages and denser markets. Meanwhile, the Jordanian economy suffers from chronic current account deficits because it has to import consumer goods, from food to appliances and tech gadgets. 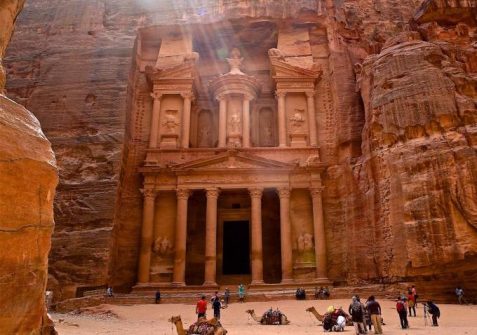 Tourism and the service sector have served as the engine of growth, but these have suffered over the past decade due to higher regional instability since 2011.  Aid, in exchange for political compromises, worked as a patch in the past. Nevertheless, it is no longer sufficient in addressing the needs of a population that has grown significantly and that has been forced to deal with massive inflows of refugees.
If the riots have failed to produce the outcomes seen in January 2011 in Tunisia (with which Jordan shares many socioeconomic characteristics) it is because of Jordan’s inherent divisions between the autochthonous population of trans-Jordanians, or Jordanians (in the sense of the descendants of the original and mostly nomadic desert dwellers who inhabited the Jordanian territory before the British established Transjordan. This group of Jordanians has tribal and cultural ties that link it to the Arabian Peninsula and the Gulf States.
Jordan is also home to millions of Palestinians, as in the original residents of the lands east of the Jordan River, now known as Israel and the West Bank or Occupied Territories. 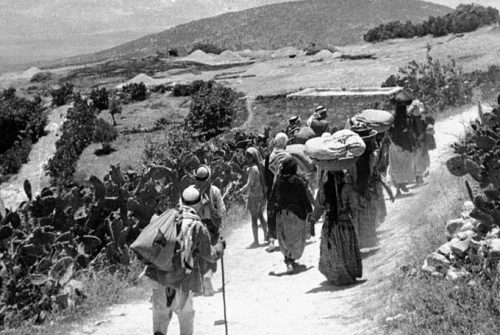 The majority of Palestinians descend from the peoples who arrived from 1948 to 1967 as refugees from the various numerous Arab-Israeli conflicts that broke out since the formation of the State of Israel in 1948. The Palestinians outnumber the ‘Jordanians’, accounting for some 70% of the total population. For years, most of the Palestinians had no official citizenship. King Hussein, father of the present monarch Abdullah, granted Palestinian refugees official Jordanian citizenship in 1994 when there was a surge of optimism that peace, and a mutually satisfactory solution, might emerge between Israel and the Palestinians. The idea was that Palestinians with Jordanian citizenship would choose to remain Jordanian and avoid claiming the right of return. Accordingly, a budding Palestinian State would not be immediately burdened by those, particularly the hundreds of thousands of stateless refugees, wishing to exercise the ‘right to return’ – one of the most contentious issues, undermining the already contentious Israeli-Palestinian peace efforts.

The world’s main destinations for refugees.

Ever since the Day of the Nakba – ‘catastrophe’, in Arabic – (the day when Palestinians remember the Arab defeat in the first Arab-Israeli war of 1948 in the wake of which the Israelis destroyed dozens of Palestinian villages, forcing some 700,000 Palestinians to abandon their homes, and seek refuge on the other side of the river, in Jordan) refugees have accounted for a large percentage of Jordan’s population. 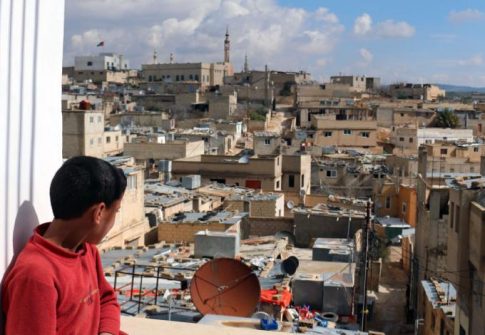 Today, some 2.7 million, or over 30.0%, of Jordan’s 9.5 million population is made up by refugees. While most Palestinians (most of whom live in the capital Amman) are naturalized Jordanians, some 250,000 unregistered refugees have not been naturalized and live in refugee camps near the capital.
The Palestinian presence has altered the demographic equilibrium, and the fact that King Hussein married a Palestinian (Queen ‘Aliya, who died in 1977) and that his successor Abdallah has also married a Palestinian (Queen Rania) reflects an effort to appease Palestinians. The monarchy wants to prevent a Palestinian majority from emerging. Palestinian nationalist aspirations have clashed with King Hussein’s vision of a ‘United Arab Kingdom,’ a plan he revealed on 15 March 1972. The plan envisaged a federation of two autonomous districts (sharing only foreign, military and security affairs to be run from the proposed federal capital of Amman). One was the Hashemite Kingdom of Jordan. And the other would have been a Palestinian district in the West Bank, and including East Jerusalem as capital, which Jordan controlled between 1948 and 1967 (until the Israeli takeover at the end of the Six-Day War).  Which would be run by a central government located in Amman. Yasser Arafat’s Palestine Liberation Organization (PLO) and the Israeli Government of Golda Meir, in a rare episode of ‘agreement’, rejected it. 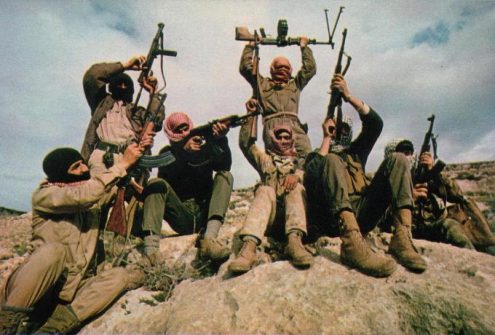 A Popular Front for the Liberation of Palestine patrol unit in Jordan, 1969.

The PLO sought autonomy for the Palestinians. King Hussein’s plan failed to address this most essential aspect of the organization’s nationalism. Nonetheless; King Hussein was exploring ways to for Jordan to absorb yet another wave of Palestinian refugees in the wake of the defeat, including the loss of East Jerusalem and the West Bank to the Israelis in 1967. That episode, a second Nakba, triggered the emergence of new guerrilla combatant groups in Jordan itself. These include the Popular Front for the Liberation of Palestine (PFLP) and other Fedayeen, who proved more radical than the PLO. In the period from 1967 to 1970, the Fedayeen launched raids against the Israelis, who retaliated with strikes into Jordanian territory, often leaving casualties. King Hussein tried to disarm the Fedayeen. By 1970, this effort fuelled resentment and tensions, which erupted into violence. Jordanian security forces and Palestinian groups clashed in downtown Amman on February 11, 1970. Some 300 people were killed reportedly. On June 9 of that same year, King Hussein survived an assassination attempt while in September, PFLP Fedayeen hijacked four international airliners to Dawson Field (an airstrip near the town of Zarqa). King Hussein ordered the Army to confront the Fedayeen and anywhere from 5,000 to 7,000 were killed in a matter of ten days, the ten days of ‘Black September.’
Many Palestinians have accused Hussein and the Hashemite dynasty of betrayal, for having contributed to the crushing of their aspirations for a Palestinian state. Indeed, the Hashemites have played a protagonist role in the Arab-Israeli conflict. Whether or not, the Palestinians’ criticisms are valid, Abdullah I, Hussein and his successor Abdullah II, have faced the unenviable task of trying to establish stability, which at times, has forced the monarchs to ‘sell out’ the Palestinians for the greater good of Jordan, the country. 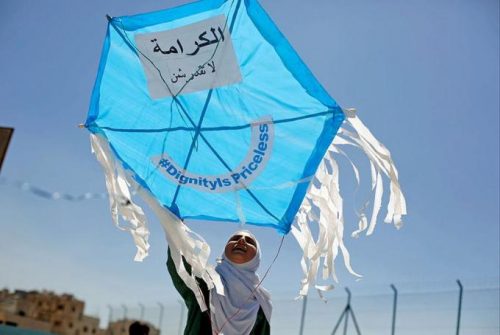 The West and Israel have generally considered the Jordanian monarchs as pragmatists and willing peacemakers. The Palestinians, on the other hand, tend to judge them more harshly as collaborators of the colonialists in the robbing of their lands. Thus, it was that a Palestinian shot and killed King Abdullah I in July 1951 in Jerusalem over rumours he was about to sign a bilateral peace deal with Israel. Days earlier, the Prime Minister of Lebanon had been assassinated in Amman, over similar rumours. This chapter, along with Black September, are merely the most garish examples of the uneasy relationship and the mutual suspicions that exist between Jordan’s kings and the Palestinians. (A.B.)

The Tijaniyya Brotherhood. The Way of the Koran.

DR. Congo. Street children. A home for a better future.

Madagascar. Famadihana, the feast of Return.

A Journey into Islam in Senegal.

The Layeniyya Brotherhood. The Meaning of Equality.

Niger. Elections on the frontier of jihad.

Ghana. Togoland and the future of the nation.

The Muridiyya Brotherhood. "The Disciple".