The Congolese government is considering to declassify areas in two national parks to allow oil exploration in them.

The Kinshasa government is determined to open the national parks to oil exploration. An inter-ministerial committee should examine soon a proposal from the Hydrocarbons Minister, Aimé Ngoy Mukena, to authorize these activities in two World Heritage national parks. One is the Virunga Park, sanctuary of the mountain gorillas where 21.5 percent of the entire surface would be open to oil exploration, including 1,320 km² covered by the Block 4 four of the Albertine Graben and 400 km², and covered by Block 5. 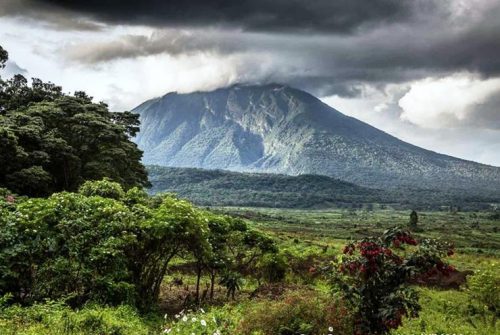 The Minister also proposed to declassify an area of 2, 767, 5 km² equivalent to 8.6 percent of the surface of the Salonga, national park, which is the sanctuary of the Bonobo chimpanzees. The Minister says these measures would give access to an oil resource of 6.7 billion barrels in both parks, which would represent U.S. $ 7 billion of revenues for the Congolese state.
This proposal was made in the wake of a Presidential Decree signed on the last 1st February which approved a production sharing agreement between the Congolese state and a joint venture formed by the Société nationale des hydrocarbures du Congo (Sonahydroc) parastatal and the Compagnie minière du Congo (Comico) owned by the South-African based businessman, Adonis Pouroulis. 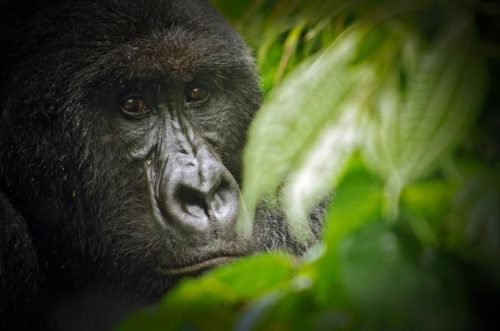 The deal allows Comico’s activities on the block 1 and 2 of the Cuvette central oil basin, which overlap with the Salonga National Park. Last year, the Paris-based Africa Energy Intelligence newsletter revealed that Sonahydroc signed a deal for the award of the block V of the Albertine Graben, which overlaps with the Virunga Park to a company called Oil Quest International.
In a statement published on the 4 May, 19 civil society organisations of North Kivu express their staunch opposition to a project that poses risks to “a very fragile and very vulnerable ecosystem” (…), in front of all kind of pollution, specially by hydrocarbons and whose effects are known by everyone, namely the destruction of biodiversity in general, the pollution of the Nile basin water”. The NGOs also disagree with the Minister’s plea in favour of oil exploitation. On the basis of studies financed by the World Wildlife Fund (WWF), they consider that the economic value of the Virunga Park is potentially much higher, since it could generate perennial annual revenues of U.S. $ 1.1 billion and some 45,000 jobs, whereas in the best case scenario, the oil resource will be exhausted in 25 years. 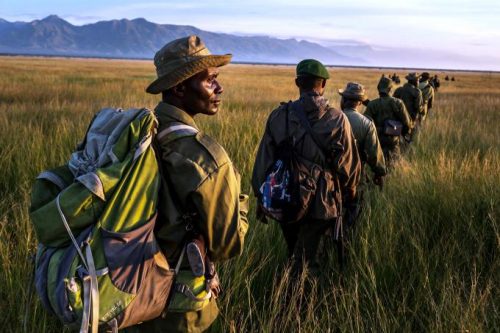 During a press conference, in Kinshasa, on the 24 May, the environmental civil society representative at the Economic and Social Council, René Ngongo estimated that if oil exploitation occurs in those World Heritage sites, one should forget about all conservation policy in the DRC.  Ngongo fears that the longer the oil pipelines will be and the further isolated the oil installations will be in the parks, the more challenging it will be to protect them. Such concerns are shared by the British pro-governance NGO Global Witness, which, in a report, published on the last 29 May, revealed that COMICO is considering to export oil by barges on the Congo River, all the way down to Kinshasa, with potential risks of oil slicks that could damage the fragile rainforest environment and a risk of bunkering by criminal groups.According to a conservation specialist in Kinshasa, oil exploitation could also increase the incursions of Mai Mai rebels into the Virunga Park, where they already carry out illegal poaching and logging in addition to illegal fisheries activities around Lake Edward. Indeed private security companies only protect oil installations, unlike the rangers, their task is not to prohibit the access to large wild areas.Yet, the government has been also building up the case for oil exploitation on the legal front. In a note to his colleagues, the Hydrocarbons Minister, Aimé Ngoi Mukena reminds that the Oil Law of August 2015 stipulates that in the sake of public interest, a Decree approved by the Council of Ministers may authorise oil exploration in the national parks. 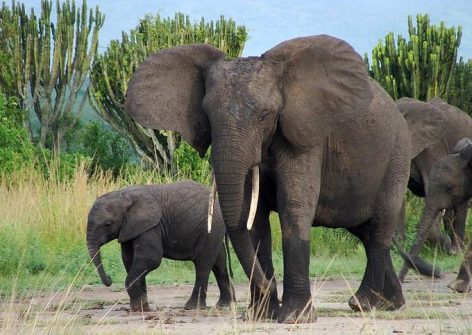 Accordingly, the 1972 UNESCO Convention on the World Heritage protection admits the possibility of exploitation in national parks.  Besides, the Congolese legislation authorises the unilateral review of the agreements concerning protected area, if national interest is at stake. The Minister also argues that the UN General Assembly Declaration 41/128 of the 4 December 1986 recognises in the name of the right of the peoples to self-determination, their inalienable right to full sovereignty over all their riches and natural resources.René Ngongo however considers that the minister made a “selective use” of the Congolese legal arsenal and of the international conventions including the Paris Climate Agreement which promotes a worldwide green economy which were ratified by the DRC. According to Ngongo, the law on the protection of environment which bans extractive activities in protected areas stipulates that any or activity which can have an impact on the environment has to be submitted previously to a public consultation. In the present case, such consultation, didn’t take place, says Ngongo who also points out that the steps towards the declassification of a portion of the Virunga National Park were made before the finalisation of an EU-financed strategic environmental and social study. 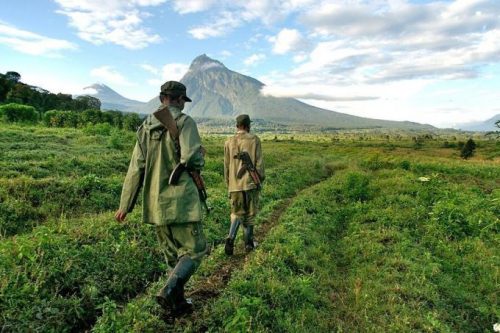 The debate is also a political one. The mandate of the Congolese MPs who in the end will have to vote on the declassification of portions of both parks, has expired at the end of 2016. This is why, Congolese NGOs, ask the European Union and Germany’s KfW development bank which are financing conservation activities and alternative projects to oil exploration in the Virunga, to condition their financial support to the respect by the DRC of its commitments to respect the World Heritage sites.Global Witness also reveals that the Cuvette central oil concessions overlapping with the Salonga national park were awarded by Kabila to the Comico in conditions of opacity. The government indeed failed to publish the contract in the official gazette, sixty days after the signature of the Presidential Decree, as the law requires.
Global Witness also does not rule out that the signature of the production sharing agreement in such circumstances may indicate that the regime is trying to obtain a maximum of revenues from natural resources possibly to build up a financial war chest for the elections which are scheduled at the end of 2018.