The 30 December presidential and parliamentary elections have ended up in a farce. Monitoring group and several international partners have called for a recount.

After 12 days of internet black-out, the Independent National Electoral Commission (CENI), whose chairman Corneille Nangaa, was appointed by the outgoing President Joseph Kabila, announced on the 10 January the victory of Félix Tshilombo Tshisekedi, chairman of the opposition Union for Democracy and Social Progres (UDPS) and candidate of the “Cap for change” (CACH) coalition. Accordingly, he scored 38.57 percent of the votes, ahead of the leader of the other opposition coalition, « Lamuka » (meaning “wake up” both in lingala and swahili), Martin Fayulu (34.83 percent) and of the candidate supported by Kabila’s Common Front for Congo (CFC), Emmanuel Ramazani Shadary, which only obtained 23,84%. 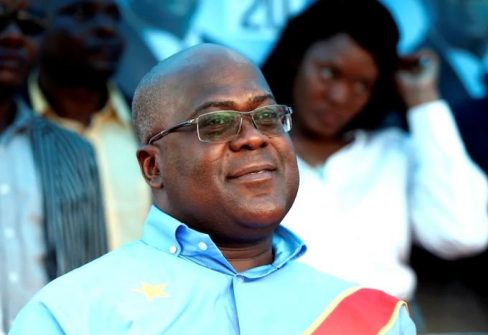 But Tshisekedi’s victory was immediately rejected by Fayulu who called it an “electoral coup”. The French Foreign Minister, Jean-Yves Le Drian shared Fayulu’s opinion. “It looks like the announced results are not consistent with the real ones”, he told the Paris-based CNews TV, stressing that “a priori”, Fayulu was the winner. On the same 10 January, the roman catholic national bishops conference (CENCO) declared that the results given by CENI did not match with the data collected by its 40,000 observers during the counting operations. The claim by Lamuka that Fayulu obtained over 60 percent of the vote at the national level, whereas the two other main candidates (out of a total of 21) did not even reach 20 percent, was considered as realistic by embassies in Kinshasa.
Yet, if the scenario of a massive rigging is largely prevailing among observers and diplomats, CENI’s choice of Tshisekedi as the so-called winner of this election still needs an explanation. According to several sources in Kinshasa, it is only after the Kabila side realized the magnitude of the defeat of its candidate, that emerged the idea of an arrangement with Tshisekedi. Indeed, Tshisekedi’s first statement as President-elect paid tribute to Kabila whom he considered no longer like an adversary but like a partner of the “democratic change of power” confirmed the impression of such arrangement. 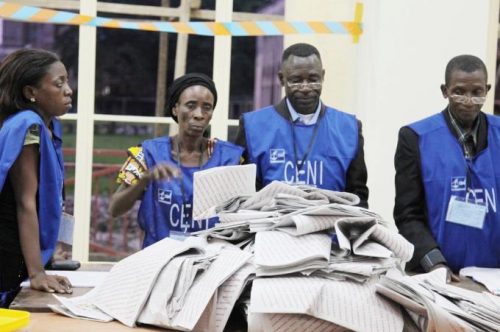 Contrary to other opponents like Moise Katumbi and the President of the Movement of Liberation of Congo, Jean-Pierre Bemba who were both excluded from the presidential race, Tshisekedi was considered by the Kabila side as much more prone to a deal. This is precisely why CENI did not nullify his candidacy despite the submission of a Belgian business school fake degree, says the Congolese political scientist Jean Omasombo. Besides, Tshisekedi’s decision to withdraw his support to the common candidate of the opposition, Martin Fayulu, last November, gave further indications that he might compromise with Kabila. The impression was confirmed later when Tshisekedi accepted the use of the South Korean-made voting machines, nicknamed in Kinshasa “cheating machines”. All this prompted the crowd attending the ceremony of the inauguration of the new archbishop of Kinshasa, Mgr Fridolin Ambongo, at the Martyrs stadium, to sing that Tshisekedi was “corrupt”. 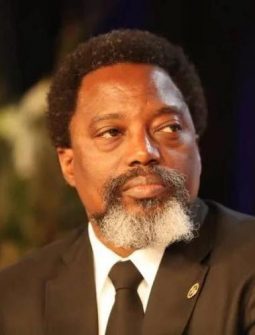 After these elections, Kabila remains in reality, firmly in control of the state apparatus. From the outset, his intentions were quite transparent: he has stated that after the election, he will not leave the presidential palace whereas the Elect President will have to move into the  Prime Minister’s office building. Moreover, Joseph Kabila should become the second highest official as the future speaker of the Senate, in which he is de jure a member as former State President. There is no doubt he should be elected, since CENI announced on the 12 January an astonishing landslide victory of the FCC coalition at the provincial legislative elections which guarantees as well a comfortable majority for the FCC at the Senate because senators are elected by provincial MPs. Moreover, in the event of an impeachment of Tshisekedi validated by the Constitutional Court whose members have been appointed by Kabila, in virtue of Article 75 of the Congolese constitution, the latter could become interim President.
In addition, the pro-Kabila FCC are boasting from an overwhelming majority at the National Assembly with 350 MPs out of a total of 500, whereas Thisekedi’s CACH coalition only scored 50 and Lamuka 80, according to CENI. But these results are not considered either as credible by most observers. Indeed, nobody can explain how the FCC could score a landslide victory at the provincial and national parliament elections while its candidate Shadary was severely defeated at the presidential election. The Belgian RTBF TV filmed lots of sealed bags full of ballot papers, laying on the ground, still to be opened at a polling station in Goma, after the announcement of the results by CENI on the 12 January. And in the Maniema province, members of the Lega ethnic group protested against the election of the minister of Urbanism and Housing, whom was beaten by another candidate allegedly.
In such context, Félix Tshisekedi will have no choice but to appoint a Prime Minister from the pro-Kabila FCC coalition. On top of that, the commanders of the armed forces, the police and the security services, and of the dreaded Republican Guard, have all been appointed by Kabila. Besides, the outgoing President is probably the richest men of the country, owing to his partnership with the Israeli tycoon Dan Gertler who obtained huge mining and oil contracts at give-away prices from the Congolese state. 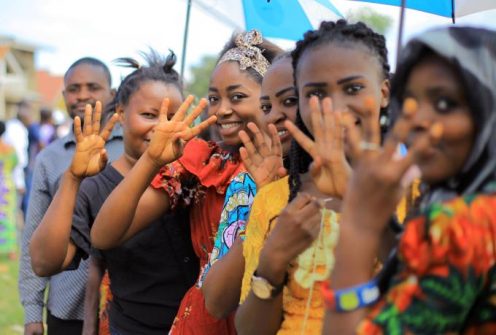 In November 2017, Félix Tshisekedi was still lambasting Kabila at a Brussels meeting with the diaspora and was claiming to fight against “the return to dictatorship” in Congo and the “mafiosi” who loot the country. On that occasion, he also warned that all contracts signed with Kabila would be declared null and void. Before that, in August 2017, Tshisekedi said that in the event of a change of power, he would create a “truth and reconciliation commission” to make Kabila accountable. But today he does not boast from a majority to implement these promises. Nor does he seem to want to implement them as show his compromising first statement. 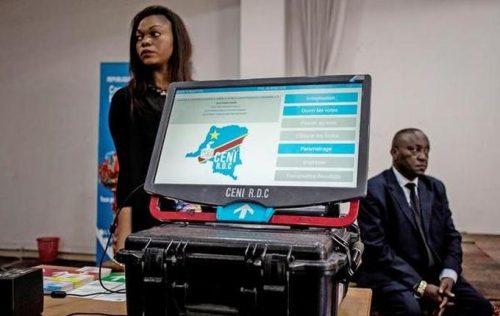 Unsurprisingly, Martin Fayulu appealed the results before the Constitutional court whose members have all been appointed by Kabila. Meanwhile, the Congolese bishops and the European Union have asked CENI to publish its surprising results in detail, polling station by polling station, to compare them with pictures of the official reports collected by civil society observers. CENI also faced pressure from African neighbours for a recount of the election which was marred, according to monitoring groups by many irregularities including faulty voting machines and poorly run polling stations. On the 13 January, the International Conference of the Great Lakes Region which includes 12 African states urged the DRC’s “competent structures” to “consider counting the votes in order to guarantee the transparency of the results“. This statement echoed the Southern African Development Community although two SADC members, South Africa and Zambia said they would not push for a recount in separate statements.
But the CENI chairman, Corneille Nangaa ruled out the recounting option On the 11 January, he told the UN Security Council that there were only two options: either confirm the CENI results or cancel the election. That would mean that the outgoing institutions (Kabila and the parliament), would remain in office, he warned.
François Misser