After two years of interruption, the railway traffic has resumed recently between the capital, Brazzaville and the main economic hub, the port of Pointe Noire.  This raises news hopes for the development of the country.

On the 28 November 2018, an eleven tank wagons train coming from Pointe Noire, arrived at the Brazzaville station, for the first time for the last two years. Even if consumers associations warn that the resumption of the traffic on the Congo Ocean railway won’t bear immediate results, traders in Brazzaville whose business was dramatically affected by the interruption, consider it as very positive signal. 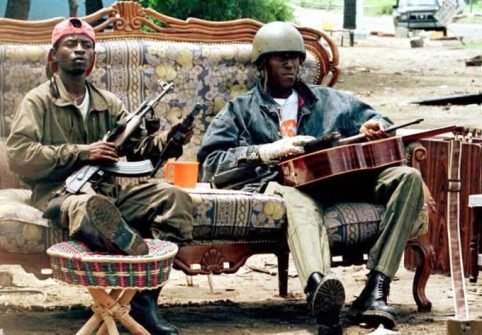 The traffic was interrupted in 2016 on this vital axis for the country’s economy, after the destruction of three bridges in the Pool Department, by the “ninja” militias led by the political-religious leader, Reverend Ntoumi aka Frédéric Bintsamou. Ntoumi whose name means “messenger” (of God) in the local Lari language. From 1998 to 2005, the ninja militias were engaged in the Pool region “liberation war” against President Denis Sassou Nguesso, whom they accused of trying to “exterminate” the Bakongo (a wider ethnic group including the Lari tribe). After a first peace deal with the government, in 2007, Ntoumi was appointed in the President’s office as Minister, in compensation for the disarmament of his 5,000 strong militia. But Ntoumi went again on the warpath after the presidential election of March 2016, which he considered as rigged by Sassou Nguesso.
The sabotages perpetrated by the rebels disrupted also the road traffic between Brazzaville and the city of Dolisie in the Pool region, on the way to Pointe Noire. Since September 2016, the only way to reach Pointe Noire from Brazzaville was to take a ten hours long diversion itinerary through the Bateke highlands. A number of economic projects in the Pool area were either cancelled or frozen. As a result of the conflict which according to the Paris-based International Federation of Human Rights was characterized by bombing of civilians, arbitrary arrests perpetrated by the government forces and by the rebels alike, a number of 30,000 internally displaced persons was recorded. 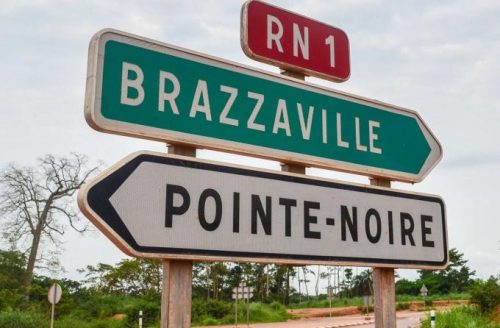 In 2016, Brazzaville suffered shortages of fuel and butane gas. At the time, the interruption of the railway traffic aggravated the impact of the oil prices downfall in a country where crude oil accounts for more than 90 percent of the export revenues, where budget receipts dropped by 27 percent whereas inflation soared beyond 30 percent. At the time, Brazzaville was indeed deprived from access to the Pool area which is the country’s food basket.
The resumption of the railway traffic followed the peace agreement concluded on the 23 December 2017 between the government and Rev. Ntoumi in Kinkala, in the Pool area. The deal came as a result of pressures exerted on the government. On the one hand, the army was facing problems to capture the rebels who were hiding in a labyrinth of caves. On the other hand, the International Monetary Fund was not happy about the excessive expenditures made by a seriously indebted state which were caused by military operations. 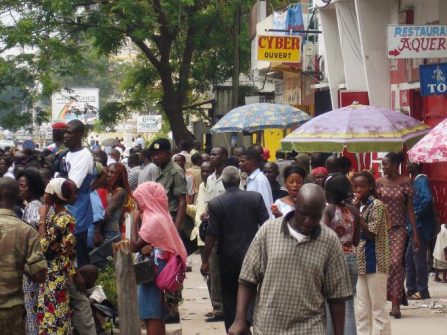 The peace agreement enabled many IDPs to come back home, say Salvation Army workers. Tension is decreasing in the Pool and intercommunity dialogue is taking place in the area. The army has withdrawn and it has been replaced by the police and gendarmes. Yet, a number of challenges remain including the disarmament, the demobilisation and the reinsertion of the 5,000 ninja fighters.
Yet, peace remains fragile in Congo-Brazzaville. Indeed, the stability of the country also depends from the political evolution on the other bank of the river Congo. Just before Christmas 2018, a wave of violence hit the Yumbi area in the Mai Ndombe province of the Democratic Republic of Congo (DRC), North of Kinshasa, between members of the Banunu and Batende tribes. At least, 80 people died in these incidents and 4,000 people crossed the river to seek asylum in Congo-Brazzaville.The refusal of the provincial governor appointed by the outgoing President, Joseph Kabila, to authorise the burial of a traditional chief from the Banunu tribe, which is considered as siding with the opposition, sparked this cycle of violence. Insecurity which could follow the controversial elections in the DRC owing to irregularities and rigging practices, is threatening as well Congo-Brazzaville. 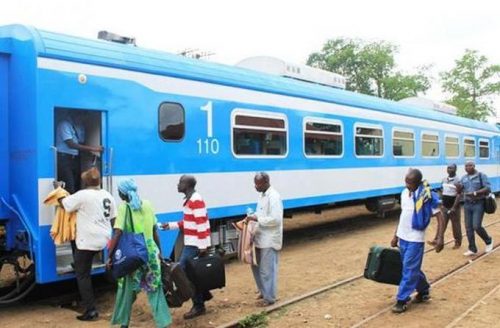 Within this context, the project of construction of the Brazzaville-Kinshasa rail-road financed by the African Development Bank which was agreed last November in Johannesburg by both governments, represents a fantastic opportunity for regional integration and an outlet for the the land-locked provinces of Bandundu and Kasai in the Democratic Republic of Congo (DRC). At the same time, it could pose a new challenge. Indeed, political insecurity and uncertainty could prompt many Congolese from Kinshasa to cross the river and look for a better life in a country where the GDP per capita is four times higher than in the DRC. This fear of an invasion by citizens of a country which is twenty times more populated has prompted in 2014 the Brazzaville authorities to expel burtally 70,000 to 130,000 DRC citizens during the operation “mbata ya bakolo” (the elders’ slap in the face, in the lingala language).
Now, if it holds, the peace could provide considerable benefits in Congo-Brazzaville. The reopening of the railway could provide an incentive to the government’s project to connect the existing Congo Ocean railway to the Mayoko iron ore deposits, at the Gabonese border.
The government is planning to build a new line to evacuate the ore along the old one which was used to export the manganese from Gabon through the port of Pointe Noire and which is now almost completely covered by vegetation. 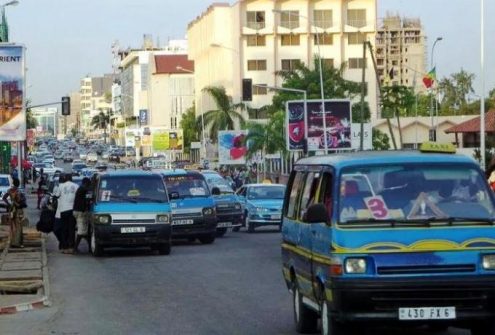 Potential is enormous since Congo-Brazzaville is planning in the coming years to exploit the vast iron ore deposits located in the North of the Niari province. The Zanaga mine alone which is owned by a subsidiary of the Swiss trading giant Glencore, has estimated reserves of 7 billion tons of iron ore with a 32 percent metal content. Congo Iron, a subsidiary of the Australian company Sundance Ressources, is developing the Mont Nabemba project at Souanké, in the Sangha district, in the North of the country, whose reserves are estimated at one billion tonnes and could generate an annual production of 35 million per annum, which represents three times the volume of exports of the first African producer, Mauritania.
Yet, in order to exploit this huge potential, at least one billion dollars of investments are needed for the construction of a new railway line between Gabon and Pointe Noire, for the purchase of new locomotives and wagons and for the construction of a mineral port at Pointe Indienne, near Pointe Noire, tells Southworld a railways consultant. According to the authorities, the exploitation, the evacuation and the processing of iron ore will not only encourage the development of the railway but also pool the entire economy of the country, by offering new access and outlets for the agroforestry and agriculture and thereby help to diversify out of oil the economy of the country.