Rethink the figure of the priest in light of the indigenous experience. Involving the missionary laity. Defence of the environment. We talked with Mons. Joselito Carreño Quiñones, Bishop of the Vicariate of Puerto Inírida.

The Vicariate of Puerto Inírida includes the Colombian department of Guainía and the southern part of the department of Vichada, south of the River Matavén. The territory is vast, with an area of more than 100,000 sq km, but has only 75,000 inhabitants, almost all of whom are indigenous scattered in small villages along the rivers. Pastoral personnel comprises just 10 priests and fifteen religious Sisters. The Vicariate is the only Colombian ecclesiastical jurisdiction where Catholics are a minority of around 30%. 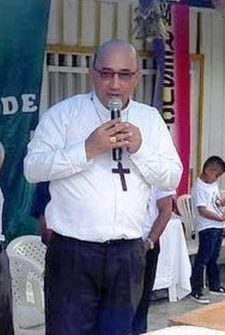 In fact, Sophia Muller, an American Protestant missionary of German origin, went to the area after the end of the Second World War and stayed there for 50 years, and learned five of the twelve languages spoken in the Department of Guainia. She also translated the New Testament into those languages and organised the communities in such a way that they had at least two pastors, met on Sundays for the liturgy and once a month for the Supper bringing food, sharing and celebrating together and once every six months for what we call conferences, meetings of neighbouring communities.
Since 2014, the Vicariate has been headed by Mons. Joselito Carreño Quiñones, a member of the Xaverian Congregation of Yarumal, a religious congregation founded in Colombia in 1927. Speaking of the experience of Sophia Muller, a Protestant missionary, Mons. Joselito Carreño says: “This experience leads us to two considerations. The first is to learn at least one of the indigenous languages. To know the language means knowing the culture, the spirituality, the way of thinking and the world viewpoint of these indigenous communities. The second is stability. The lifestyle of Sophia Müller, who was a truly meaningful presence and who offered an important service, thanks especially to her stability in loco, that enabled her to accompany the processes and leave a good foundation that guaranteed the continuity of their journey”. 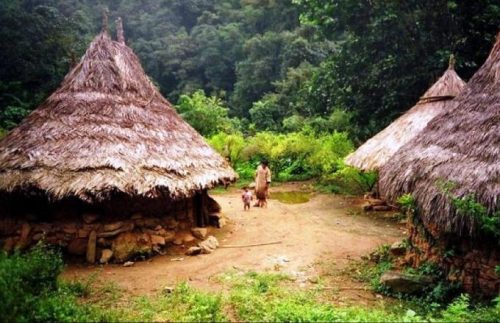 Referring to the Synod, Mons. Joselito Carreño insists that the evangelisation of these indigenous peoples must have an indigenous face. “A radical rethinking is necessary – the Bishop continues – on the theme of ordained ministers, the permanent diaconate and the priesthood for these peoples, but without the conditions requested elsewhere. For example, celibacy should not be necessary and it should be possible to ordain married men, viri probati, not just anyone wanting to become a priest, with an ad hoc formation, according to the needs of the indigenous communities. This possibility must be opened up so that evangelisation may have an indigenous appearance, with indigenous presbyters, indigenous deacons and, of course, indigenous bishops. It is necessary to begin this reflection and bring it to a conclusion according to the complexity of the situation that is found in these communities which, today, we are unable to accompany due to the shortage of ordained ministers. This is one of the problems that must be very seriously discussed at the Synod”. 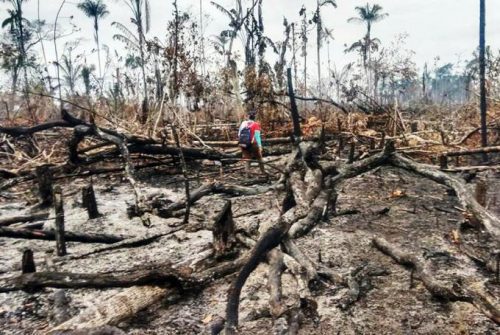 The Bishop mentions that there must be great emphasis on the missionary laity. “The sign of the maturity of a Church is that the laity participates fully in evangelisation. Our churches are still very clerical. We must give priority to the formation and participation of the missionary laity.
The formation and the service of the laity in the Church must not be improvised but carried out seriously and according to a plan. It is necessary to evaluate the processes and keep open the possibilities for the laity to participate in the direct organisation of the Church.
One of the aspects brought out in the Synod reflection is that of the environment. Mons. Joselito Carreño points out the threats present in Colombian Amazonia. “First of all there is the growing deforestation: in recent years, thousands of hectares of forest have been cut down in the departments of Guaviare and Chocó, and there is very little awareness of the need to replant.” 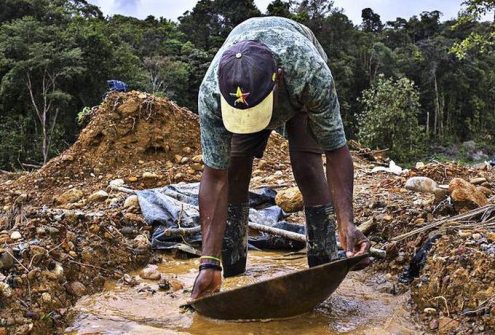 “Then there is the problem of legal and illegal mines with their rampant work of extraction, carried on without a thought to the damage caused to the environment and to human beings themselves by the use of mercury to separate the gold from the ore or of other chemicals agents in the case of other minerals. These poisonous substances are then abandoned on the spot or thrown into the rivers, polluting the waters and poisoning the fish we use for food. In the department of Guiania we also have to contend with corruption among the directors and functionaries of government bodies to guard and protect the environment as they easily allow themselves to be bribed by mining or timber companies and so permit the violation of the laws that ought to protect natural resources”. 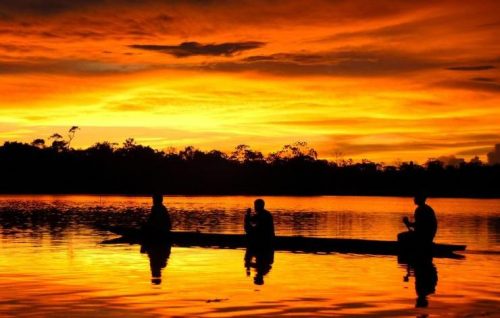 In conclusion, the Bishop speaks of how the work of the Amazonian Church can offer the universal Church is that of going out to the peripheries, repeatedly asked for by Pope Francis: ” the Church must reach the people of the outskirts, send missionaries there and evangelise there. This applies also to our diocesan Churches in Columbia which have not made this invitation their own by sending personnel to the Amazonian region of the country. For example, young seminarians could come here to carry out their pastoral year in the Amazonian area and have a missionary experience here with us, but such ties have yet to be created with the Columbian dioceses.
I am also thinking of young students who could have an experience here with us for a determined period and be so positively influenced by it that, once they have finished their studies, they may make themselves available to the Columbian Church in Amazonia for a period of service. I think it is very important to offer the priests of different dioceses and archdioceses of Columbia that have plenty of clergy, the opportunity to hear this appeal and to come for extended periods of pastoral service as fidei donum priests in the indigenous communities. This could also help us to promote vocations to work in places like ours, since there are some young men who are not called to become diocesan priests but to work in the indigenous communities.”