He has transformed sterile land into a forest by digging trenches in the hardened earth that hold water and other nutrients, allowing the  growing crops to resist drought. This is an ancient unconventional technique known as zaï.

The land is different in the province of Yatenga in the northern region of Burkina Faso, a few kilometres from Mali. Admittedly, its colour goes from a classical clay red ochre, typical of Sub-Saharan Africa and the Sahel, but in some places its surface has been transformed into a hard, stony shell that is difficult to break down, where nothing grows but the occasional tree capable of resisting the scorching sun by going ever deeper in search of the little water there is.
The few cultivated fields are bare and dry while skeletal animals seek some food among the dead bushes. 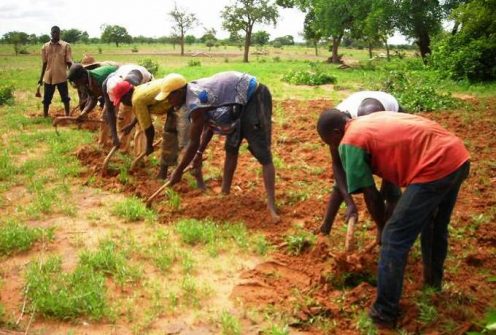 The wind and the drought seem to have swept away all traces of nourishment and the few signs of life on the land convey the impression of suffering. This desert is advancing.  A short distance outside the city of Ouahigouya, if we penetrate into the bush for a number of kilometres along dirt roads, we come to the village of Gourga. And there, a short distance from the inhabited centre, we suddenly find ourselves at the edge of what appears to be a small forest. A few children are climbing a tree to pick some purple berries. There is a notice that says: La pépinière de Bangre Raaga de Gourga. Protégeons l’environnement. Plantes à vente. (The Bangre Raaga Nursery of Gourga. We protect the environment. Plants for sale).
It is interesting to find a nursery in a place like this. There is an old man sitting nearby holding a stick in his hand. “This land gave me life and I wanted to bring it to life again at all costs. Now that I have done this, I am sure it will all work out well”. These are the words of Yacouba Sawadogo. Nobody knows how old he really is since age is calculated in harvests, but he must have been born around 1949. This Burkina farmer has become famous for dedicating his life to the struggle against desertification by creatively recuperating certain traditional agricultural techniques geared to restoring the fertility of the land. His endeavours, which often met with apathy on the part of the authorities and the reluctance of people in general, have brought about the rebirth of more than forty hectares of sterile, abandoned land that is now flourishing. 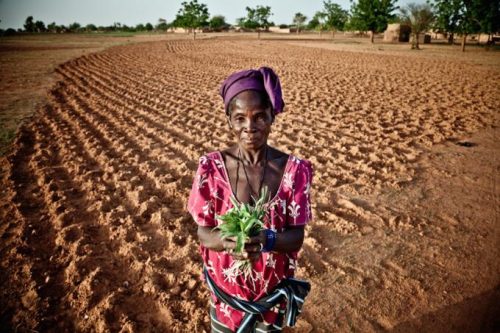 In 2010, a documentary was made about his incredible story entitled The Man who Stopped the Desert, winning countless international prizes. A year ago, Yacouba was awarded the so-called ‘Alternative Nobel Prize’. The Swedish Right Livelihood Foundation instituted this award in recognition of people and organisations who find solutions to global problems. “They also call me Yacouba Zaï. In these parts, the people started to call me that ever since our evolutionary President, Thomas Sankara, launched an appeal to develop initiatives to halt the advancing desert and, when he came here to see what I was doing, he asked me what method I was using. I told him it was the zaï method. It is an ancient method that had almost disappeared”, he tells us.
In the seventies and eighties, a series of severe droughts struck this region of the Sahel, afflicting the whole population with starvation, causing thousands of deaths and the first waves of migration to the large urban centres. It was that experience that triggered something in Sawadogo, as he himself explains: “I continued the fight for forty seven years, ever since I saw how the desert was advancing in my region. The drought brought famine and caused the trees and vegetation to die out”. 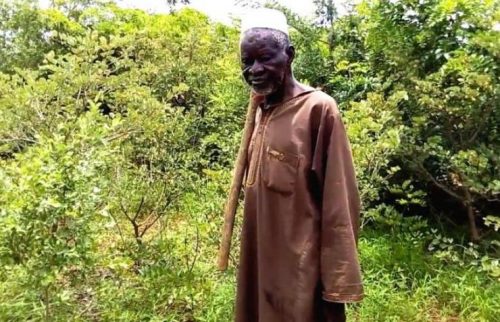 The old man gets to his feet and places a hand on a nearby tree, gazing at the fronds: “It is the tree that sustains life. Formerly, when there were no dispensaries, we used to use plants as medicine and I was brought up with this most useful custom.
Because of this, the sight of disappearing trees affects me as a beneficiary of the gifts given to me by nature since the day of my birth. Now I feel this issue should involve the whole of society”.
The Alternative Nobel prize-winner tells how agriculture is so difficult due to desertification in this semi-desert region, with the result that fields are barren: “I decided to stand and fight. I tried planting millet and sorghum using the zaï method and the harvest was again good.
Seeing how I had succeeded, the village inhabitants came to learn the method and so it spread”.
Other villages followed their example and then the government and NGOs who began to encourage the spread of his approach, organising annual community meetings called Jours de Marché (Market Days).

The method
The method is simple: the farmer digs small trenches called zaï, about 15 cm deep and 50cm wide. He then fills them with leaves, dry grass, animal dung, sand and biodegradable rubbish, to regenerate the damaged soil. When it rains, the water is held in the trenches which keep the soil sufficiently moist to allow seeds to grow. Sawadogo adds also the construction of cordons pierreux, semi-lunar low walls made of stones built against the slope of the ground. These serve to contain rainwater with the mud and nutrients. Once he found that the technique, further developed, was good for agriculture, Sawadogo began to busy himself mostly with reforestation, the only way to halt the desertification that threatens the growing crops. “In the past, the population was wrong to cut down the forests to make way for fields and for firewood”, he explains as he examines the leaves of some recently-planted baobabs. “The vegetation covering the soil degrades when bushes and trees are cut down. There is no protection from the harsh winds and so, when it rains, the water washes away all the nutrition of the biomass and flows into the streams without leaving any water in the soil”. 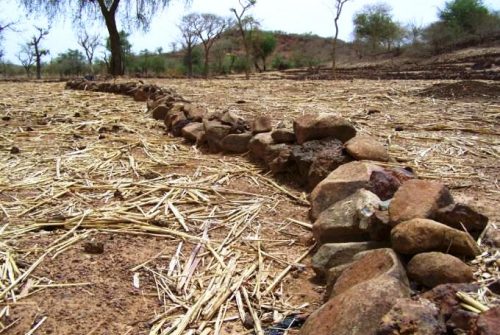 This is Sawadogo’s second great intuition: when trees are planted together with the crops, they help to enrich the soil and keep it fertile. “I therefore began to take care of the trees. I used to go around by myself with my hoe to make ‘half-moons’ and zaï trenches everywhere and then plant trees in them. Today, in this forest there are more than 96 species of trees and more than 66 species of grass, many of which have medicinal properties”, he states with obvious satisfaction. In fact, this small oasis is rich in biodiversity and supports tamarinds, butter-trees, acacias, baobabs and cashews. Sawadogo explains how trees provide manure for cultivation and fodder for cattle as well as the possibility of other productions such as bee-keeping and the production of medicines, things he is already doing with the help of his large family. It all consists in a series of instruments that may help adaptation to inevitable climate change, reduce rural poverty and prevent conflict over resources.

Conflicts
For some months now, the central-northern regions of Burkina Faso have been plunged into a vortex of insecurity due to inter-communitarian conflicts infiltrated by Islamic terrorism. The causes of this instability are the social-economic marginalisation of some regions and the advance of Jihadism in the Sahel, but especially access to water and to the diminishing areas of fertile land. 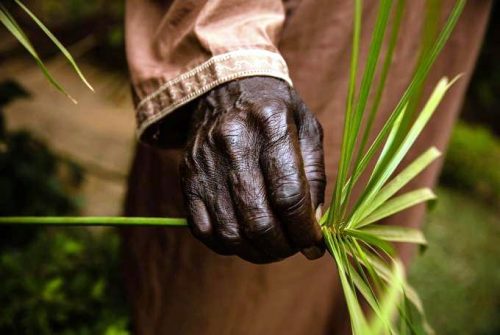 Sawadogo himself lives in the stricken regions. His opinion is clear: “The problem is human greed. We were born from our parents who left us the land and the methods for its cultivation but we just sell it off or abandon it without a struggle. Meanwhile, the population is growing. If we do not work together for the future, we can only have conflict”.
Sawadogo places his hand on the shoulder of his first-born son Loukman and, watching his grandchildren playing among the trees he continues: “I am certain my children will carry on my work. Here, the fight against desertification will never end. My children follow me and observe what I do. I would like the whole world to know what we are doing here”.
Marco Simoncelli – Davide Lemmi