The country has become the main concern of the commanders in charge of the fight against terrorism in Sahel.

As its neighbours, Mali and Niger are unable to cope with the jihadist threat; Burkina Faso is increasingly under attack and appears as the weak link in the fight against terrorism in the Sahel region. Since early 2015, attacks from a dozen of jihadist groups, including Ansarul Islam, the Group of Support to Islam and Moslems and the Islamic State in the Greater Sahara (ISGS), have caused more than 700 deaths in the country. Despite the support of 200 troops of the French anti-terrorist Barkhane operation, the poorly trained and equipped local military and police forces face serious problems to cope with the growing threat. By December 2019, attacks were occurring almost every day.

French diplomats say that Burkina Faso has become their “main concern” in the Sahel. In August 2019, Burkinabé armed forces based in Soum province lost dozens of soldiers during a jihadist attack in Koutougou. Groups linked to Jama’at Nusrat al Islam wal Muslimin (JNIM), a network of militant Islamist groups, led by Iyad Ag Ghali, the Tuareg leader of Ansar al Dine which is active in the  Kidal area of northern Mali have set an alliance with the mainly Fulani Macina Liberation Front (FLM) which is active in in north-central Burkina Faso. Even the capital, Ouagadougou is under threat. JNIM or tother groups launched simultaneous attacks on the French Embassy and Burkinabé Military headquarters in 2018.
According to the UN Office for the Coordination of Humanitarian Affairs, between July and October 2019, the number of internal displaced persons has more than doubled to 486,360. Since July, the number of food aid recipients has doubled and exceeds 735,000 people. By early December, in the North of the country, 71 health centers were closed and as a result 880,000 persons were left without care.
Over 220 schools were closed.
On the 10 November Cardinal Philippe Ouedraougou spoke of a large scale humanitarian crisis caused by terrorist attacks which disturbed crops and created extreme poverty conditions in remote rural areas.
The dire situation has prompted the State Department in Washington to issue a warning on the 26 November urging American citizens not to travel to the country “due to terrorism, crime and kidnapping”.  A week earlier, the Foreign Ministry in Paris advised French citizens against travelling to the country. 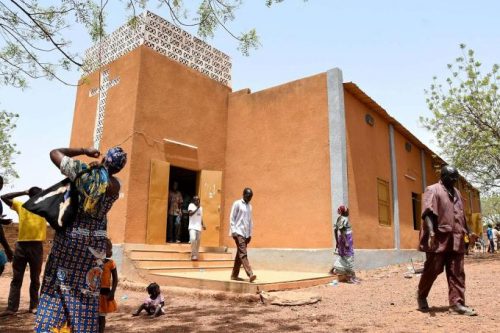 Christians are specially targeted. On the 30 November, 14 faithful including children and a reverend were murdered during the Sunday service in the protestant church at Hantoukoura, in the East of the country, at the border with Niger. An attack on the 26 May against a catholic church at Toulfé, in the North of the country, killed four people. On the 13 May during the attack of a procession to the Virgin Mary at Zimtanga, also in the North, four catholics were murdered as well, just one day after the massacre of six people including the priest during the mass at the Dablo church, in the same region. Several imams have also been murdered in Northern Burkina since the beginning of the attacks.
The mining corporations are also targeted. On the 6 November 2019, an attack on the Boungou gold mine operated by the Canadian firm Semafo killed 38 workers. In January, a Canadian geologist working for the Vancouver-based Progress Minerals company was kidnapped. Such attacks are a huge source of concern for the government since mining accounts for 11 % of the GDP while gold accounts for more than half of Burkina Faso’s export revenues. Moreover, gold has become one of the main sources of revenues for the jihadists who control several mines and have managed in some places to get the support of the gold panners against the self-defence Koglweogo militias.
In the Soum area, jihadists are recruiting on the mine sites. According to International Crisis Group, jihadist imams have been seen preaching in some mines. The phenomenon is important since artisanal mining provides half the equivalent of the industrial production of 52 tonnes in 2018 and represents a working force of one million people. Besides, jihadists loot materials such as ammonium nitrate used in the mines, for the production of improvised explosive devices used in terrorist attacks. 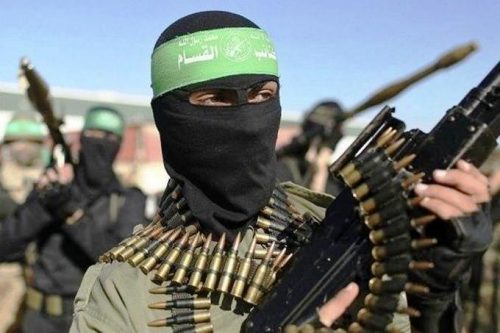 The challenge is difficult for the authorities in front of an enemy with many different faces, ranging from a few hundred ideologists to recruits who may join them for religious reasons or for easy money. In the Liptako-Gourma area, “spotters” or “bells” as they are called, are paid three times the minimum monthly salary to perform their intelligence job. In many places, the jihadists don’t extort money but ask moslems to pay them the “zakat”, the Islamic charitable contribution and collaborate with the local population in many trafficks (drugs, cigarettes, migrants, arms deals, etc…).  The rebels also get part of their arms supplies from the military camps where they stole trucks, ammunitions, mortars, guns and rocket propelled grenade launchers. 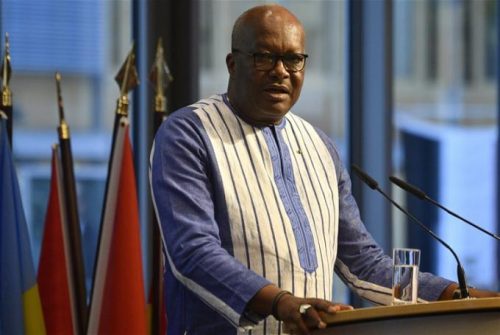 Unfortunately, jihadism has been able to prosper under the democratic government of Roch Marc Christian Kaboré who became President in December 2015. Indeed, until he was overthrown in 2014, his predecessor, the autocratic Blaise Compaoré was playing a mediator role by remaining in speaking terms with the jihadist groups and he managed thereby to avoid direct attacks against Burkina Faso. Compaoré also deliberately armed and equipped his presidential guard at the expanse of the army. So when his guard was dismantled, the country was left with a weak army to cope with the menace and could not prevent the jihadist to target Burkina Faso as well.
In such conditions, it is difficult to predict whether the general elections which are scheduled sometime during the year 2020 can be held all over the country. Beside the jihadist threat, Burkina Faso is also threatened by the risk of ethnic clashes between the Fulani and Mossi communities in the centre of the country. As a result of the presence in the country of followers of the Fulani Salafist preacher Amadou Koufa.
Fulanis are perceived as islamists and this has provoked undiscriminated repression against them by the Mossi self-defence Koglweogo militias which could spark general confrontation between Mossi farmers and Fulani shepherds. 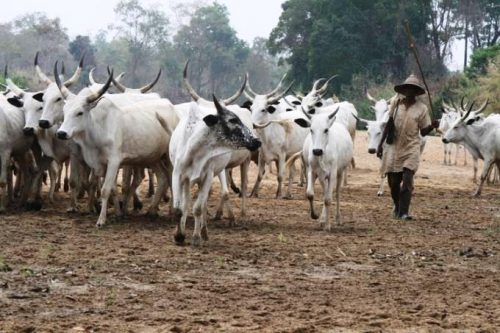 In September 2019, during an extraordinary summit in Ouagadoougou, the Economic Community of West African States voted for one billion dollars plan to figh djihadism. The Burkina Faso government decided to intensify its cooperation with Mali and to recruit 500 additional soldiers. Now, whether this will suffice to cope with the menace is another story. The EU-funded G5 Sahel Force grouping 5,000 troops from Burkina Faso, Chad, Malia, Mauritania and Niger, is not entirely operational.  Few European countries are enthusiastic about reinforcing the French-led anti-terrorist Barkhane force of 4,800 troops, including 300 special force commandos, whose enormous challenge is to fight the jihadist over a 5 million square kilometres area. In July 2019, the French army chief of staff, General François Lecointre told the National Assembly in Paris admitted that “today, the conditions of an extension of the destabilisation are being met”.