The Pan-Bila — which in the Mossi language means ‘Small Power’ — is a place that welcomes the poor and the needy, especially children and young girls who live on the streets and have been the victims
of violence.

She has the face of a child but life has already made her an adult. Relwende cannot remember the last time she played with her school friends. When she was twelve, her father gave her in marriage to an elderly person of another tribe. Months of suffering followed. The old man used to beat her because she did not bear him sons. One evening, she noticed a pickup truck and decided to run away. Two days later she found herself in a great city called Ouagadougou. She pretended not to be afraid. She was very hungry but managed to find a little food in the market, late in the evening. There she saw other girls like herself and she joined them and lived on the streets. When she became sick, a friend stole medicine for her. She was now very weak and knew she could not survive for long in that place. One evening, a girl who was not one of the group, was handing out food. Relwende approached her and they immediately became friends. Relwende thought of little else every day as she looked forward to meeting her friend in the evening.
One day the girl suggested she go with her to a Centre where many of her friends lived. Relwende agreed. 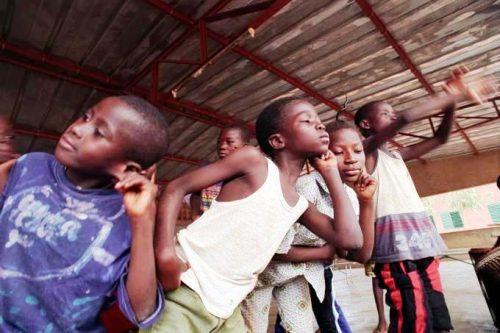 Ablasse was only six when he started to take the camels to pasture. Sometimes he would see his companions going to school and he would have liked to go with them. The years passed quickly but one day something happened that completely changed Ablasse’s life.  One of the camels went missing and he couldn’t find it. He knew he could not go back to the owner as he would have been beaten. He began to cry and decided to hide. The only one who knew where he was hiding was his elder brother Noaga. The family had no money to pay for the lost camel and no longer wanted anything to do with Ablasse. His brother told him to run far away as even the village police were looking for him. Then one of his uncles helped him and, a few days later, he found himself in Ouagadougou. His uncle had a house there but there was no room for Ablasse and he had to live on the streets. He learned to steal and then run and hide. He would take what he had stolen to the market where he would sell it for a little money to buy some food. One day, a friend told him of a Centre where, besides getting free food, street children could also learn to read and write. The two friends were tired of life on the streets and they had seen how some of their companions had disappeared, so one morning they went to the gates of the Centre. To their surprise, someone was there to meet them with a smile. 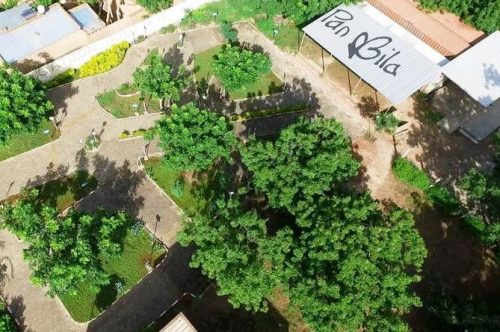 The Pan-Bila Centre, located in Ouagadougou, is a Christian organisation that welcomes everyone, regardless of race or religious belief. The doors of the institution are open to anyone in a situation of abandonment or great need, especially children and young people who live on the streets. The motto of the Centre may be summarised thus: ‘I will help you to wash your back but you must wash your face yourself’.
The Pan-Bila Centre assists those in need but those same persons have to take responsibility for overcoming their poverty. An effort is made to help people to avoid becoming dependent on external help but to commit themselves to becoming self-sufficient. 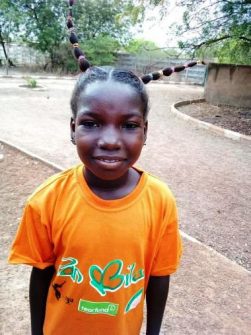 Sister Angela Aganze Riziki, one of the White Sisters, tells us: “The Centre is one of those places where one’s mere presence is of more value than many words. These young boys and girls are just looking for some attention, someone to listen to them and show them some tenderness. Each one of the young people at the Centre has a different story to tell but all of them have experienced pain and suffering. Some girls are rejected by their families for becoming pregnant. They have to live on the streets and are exposed to all sorts of danger, including human trafficking. Very often, on the streets of the capital city of Ouagadougou, we see girls from Nigeria, Mali, Togo and Gabon where the people running the human trafficking business promise to find them work in another country and that they will procure their ID documents to cross the border. However, when they reach their destination they are forced into prostitution under pain of ill treatment or even death. One of them told me: ‘I had to do it, even if I didn’t want to. I saw how they treated my sister and I was terrified’. Many girls run away from home because of the way their own families treat them. We have girls who speak of exploitation and oppression even by their own families. We also have girls who run away because they refuse to marry a husband, often quite old, chosen
by their families”. 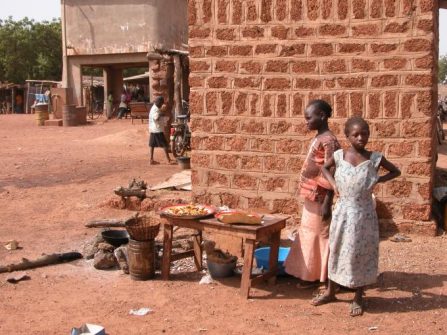 Most of the boys and girls are sent to Pan-Bila by the Keogo Centre which is authorised by the police to rescue street children. Both Centres help the young people but they also try to help them find their place in society, and, where possible, they involve the families in bringing them back home. The psychology of the Centre encourages the children to tell their stories as a therapeutic exercise. The first personal encounter is rather delicate. It is fundamental to create silence and an atmosphere of trust. This is a difficult area. It is very important that those who come here do not feel judged by anyone so that they may begin a journey that will lead them to becoming reconciled to themselves and the world around them. These are the essential conditions so that the young people may begin the process of regaining their self-esteem. Religion plays an important part in the journey of recuperation. Belonging to the Moslem, Catholic, Protestant or traditional religion is an extra stimulus to making progress. During their stay, the young people are provided with literacy classes, sewing and soap-making.
Sister Angela Aganze tells us that the most difficult part is the care of the children. Many young mothers do not want to care for, or even see their children since they are the result of violence and it is very hard for young mothers to love their children or take care of them. 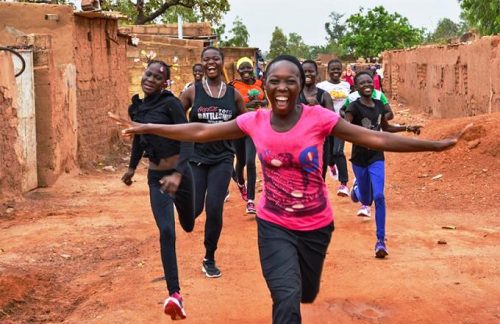 The fact is that they became pregnant when they were very young, while still almost children and they lack emotional maturity. It is not surprising therefore, that very often they close themselves in complete silence and do not want to speak to anyone. “It takes a lot of patience – a Sister tells us – on the part of the educators. It is also a help when they bond among themselves. Being together and sharing their experiences helps them gradually to overcome these traumas”.
Today there are more than 2,500 street children in Ouagadougou, aged between 6 and 25, from all parts of Burkina Faso and the bordering countries.  Many children also end up on the streets because the families are extremely poor. They lack the food and money to send their children to school. The Centre helps the neediest children and gives them an opportunity to attend school. At the same time, it helps the families to emerge from poverty by means of a programme of financial loans.