Pedro Casaldáliga, Bishop emeritus of São Félix do Araguaia in Brazil, a fervent defender of the indigenous people of the Amazon and one of the best-known exponents of liberation theology, has died at the age of 92. Another way of being Church.

“At the end of the road they will say to me: Have you lived? Have you loved? And I, without saying anything, will open my heart full of names…” Pedro Casaldàliga’s Twitter account on August 4th. It came a few hours after he was hospitalised for respiratory problems in São Félix do Araguaia and then taken to a São Paulo hospital. He passed away due to a pulmonary embolism on the morning of August 8th at hospital in Batatais, near Sao Paulo. The COVID-19 test was negative.
“Our land, our people are losing today an example of generous living for a better world; we will miss him very much,” former left-wing President Luiz Inacio Lula da Silva tweeted. 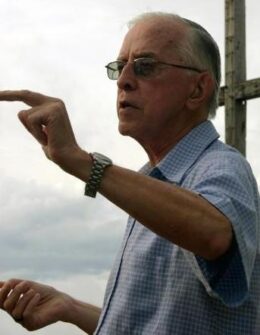 A few weeks before, Casaldàliga and 150 other Brazilian bishops signed an open letter criticizing the extreme right-wing president Jair Bolsonaro, castigating his “incompetence” and his “inability” to manage the coronavirus health crisis, which has caused nearly 100,000 deaths in Brazil – including several hundred indigenous people.

A long journey
Casaldáliga was born in Balsanery, in the province of Barcelona on 16 February 1928, and ordained a priest in 1952 after entering the Congregation of the Missionary Sons of the Immaculate Heart of Mary. In 1968, he went to Brazil—and found himself living under the military dictatorship that had begun with a coup d’état against the leftist President João Goulart in 1964. This was an era when to be left of centre was to elicit accusations of communism. The military regime, supported by the US (as so many oppressive regimes in Latin America were), claimed it had seized power to put the country’s economy back on track. 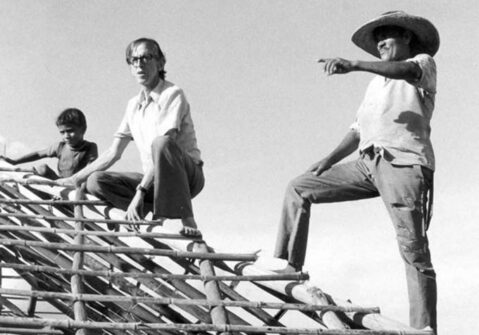 In 1968, when Casaldáliga arrived in the country, police shot a high school student at point blank range during a political demonstration, hundreds of students were rounded up and arrested in the following months, and two decades of oppression, ‘disappeared’ citizens, censorship and torture were under way.
The crash course to which missionaries were subjected—language, history of the country, culture—was invaluable in helping him to get to grips with the situation. Casaldáliga, of course, took the side of the oppressed. To say that it wasn’t the easy option is to understate every aspect of the life he undertook. The ‘oppressed’ lived in the most inaccessible places on earth. In the 1960s, the journey from São Paulo to São Félix do Araguaia took seven days across rivers with no bridges; across land with no roads. At his destination, he found a no-man’s land where the landowners were already being given massive tax cuts to do what they wanted with the rivers, forests and agricultural land. Their legacy today? Lifeless rivers, deforestation and land sucked dry of nutrients. Casaldáliga has said “On one side were the indigenous people, the squatters, the peasants—on the other, the farm owners, the police, the army, the government, the state. Therefore, right from the start, we saw what a serious struggle it was. If we positioned ourselves on the side of the people, we got into conflict with official policy.” And he did.

Death Threats
In 1971, at the age of 43, Pope Paul VI appointed him the first bishop of the territorial prelature of São Félix. This was surely a vote of confidence in his work, and of course, Paul VI was a pope who promoted social justice issues. Casaldáliga perhaps took the appointment as a green light to follow the path of liberation theology. On the day of his consecration, he sent out a pastoral letter in which he named oppressors and torturers. It caused what he calls “a clamour”. 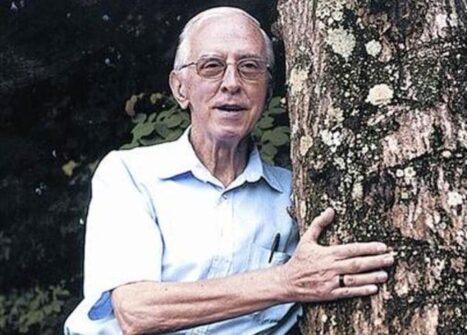 In the late 1970s and early 1980s, Casaldáliga wrote two liturgies of repentance: ‘Missa da terra sem males’, which expresses remorse and apology on behalf of the Roman Catholic Church addressed to the indigenous peoples of Brazil, and Missa dos Quilombos, which expresses repentance for the Church’s sins against the Afro-Brazilian community.
He devoted his life to fighting for the rights of indigenous peoples and landless peasants who were used as slave labour to fuel agro-industry. He openly criticised the dictatorship when people in his diocese were tortured and ‘disappeared’, in return receiving death threats from local landowners, backed by the military authorities. In 1977, they murdered his vicar general, João Bosco, believing they had correctly targeted Casaldáliga himself. 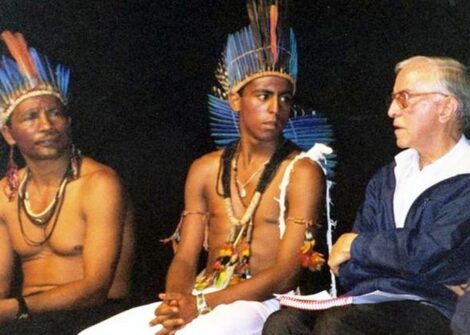 Casaldáliga didn’t make regular visits to Rome because the regime might have denied him re-entry to Brazil. This, coupled with his identification with liberation theology, led to the Vatican disciplining him in 1988. Summoned to Rome, Casaldáliga had to defend his pastoral activities, his theological and political views and even his visits to Nicaragua. His inquisitors comprised the formidable line-up of Pope John Paul II, Cardinal Joseph Ratzinger, then prefect of the Congregation for the Doctrine of the Faith, later, of course, to become Pope Benedict XVI, and Cardinal Gantin, prefect of the Congregation of Bishops.
The Vatican’s Congregation for the Doctrine of the Faith and the Congregation of Bishops then asked Casaldáliga to sign a document. If he signed, he’d have to abstain from injecting political meaning into processions, accept restrictions on his written and spoken words relating to liberation theology, and stop saying Mass or preaching in other countries, particularly Nicaragua, without first obtaining the approval of local bishops. He refused to sign.

Liberation Theology
The episode confirmed the Vatican’s disapproval of the social and political involvement of some Latin American clergy, and of liberation theology that provided a doctrinal justification for what were seen as left-wing activities. But in the 1980s, Brazil’s Bishops’ Conference was sympathetic to liberation theology. Disciplining Casaldáliga in an attempt to crush this sympathy was doomed to failure.
The progressive Brazilian bishops, including Archbishop Luciano Mendes de Almeida of Mariana, then president of their Bishops’ Conference, supported Casaldáliga. 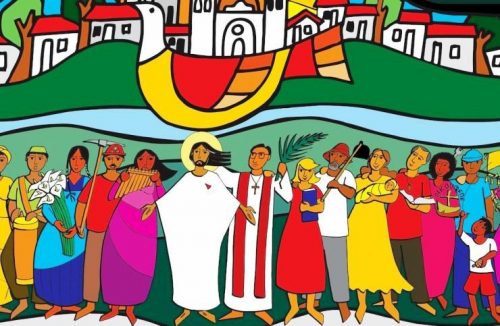 Undaunted, he told The New York Times that he reflected the views of the Church “in many regions of the world”. In his writings about liberation theology, he has said that in contrast to the “fatigue, nihilism, or neo-nihilism so evident in parts of the First World, Latin America seems to have a great capacity for healing its wounds. We return to life and the struggle with great ease”. He and his co-author of The Spirituality of Liberation (first published in 1993) wrote that “The Church, as a whole, if it wishes to be increasingly evangelical and more effectively evangelising, will have to insert itself… into the social situation of the poor majorities, among the greatest needs of the poor, on the periphery of this human world divided into rich and poor.
He survived the might of the Vatican, retiring on the grounds of age from his post as Bishop in 2005. His criticism of secular rulers never diminished. In 2012, he said that the governments of the rich nations have three debts—“agrarian reform, the indigenous cause, and the small projects”. He condemned the marginalisation of “family agriculture and micro-businesses”, and the World Trade Organisation deals that mean Latin American countries “are destined to be exporters of raw materials… a policy that’s completely contrary to the needs of the people”. Still fighting (and receiving death threats) in his eighties for agrarian reform he insisted “Land is more than land. For the indigenous people, above all, it’s their habitat.” 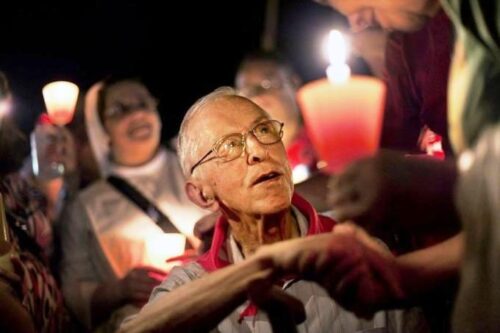 Casaldáliga has spread the word of liberation theology, for which he believes there is a future. He points out that “Christian theology has to opt for the fraternal equality of humankind. It has to opt for the poor, the little ones, and the marginalised, as Jesus opted. A Christian who wants to be a true Christian has to make these choices. This is what we call liberation theology.”
The verses of Casaldáliga conclude the list of twelve literary quotations from the Post-Synodal Apostolic Exhortation “Querida Amazonia “. A tribute from Pope Francis to the Bishop emeritus of São Félix de Araguaia: “Shadows float from me, dead wood. But the star is born without reproach over the expert hands of this child, that conquer the waters and the night. It has to be enough for me to know that you know me completely, from before my days”