Andeans believe that everything in the universe has a complementary half, and at every level, things are bonded as pairs. The Yanantin principle preaches harmony among all beings of the Andean Pacha.

In the Andean worldview everything has a pair, and the pairs are opposites. The pairs, although they are opposites, don’t threaten one another; in fact, one cannot exist without the other. Yanantin doesn’t view these pairs as opposites but as a set of the same thing. According to the Andean worldview two complementary elements that unite form a pair and from their union they create the totality.
The origin of the term yanantin is rooted in the Quechua, Ayamara and other ancestral cultures. Yana, means black colour. It is generally used to refer to the colour of things, the wool of animals, the skin of people, spaces, land and natural phenomena. Yanan is the possessive adjective of the colour black, in the sense of belonging to a complementary half. 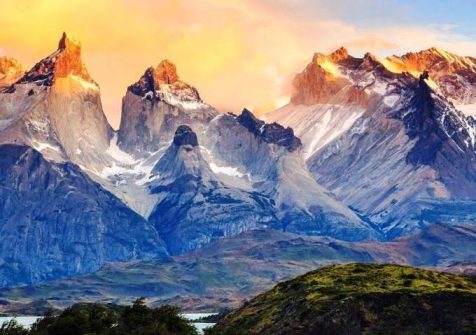 The noun Yanantin: is a plural noun that refers to two beings, to two elements, symbolically expressing the masculine and the feminine. When referring to human beings the term refers to the couple, male and female. It is also used to refer to geographical spaces, times and spaces. Yanantin is the principle that explains existence as the result of complementary pairs, duality, male and female, two different elements that complement each other to generate life according to the Andean cosmogony. The yanantin is the principle of interdependent complementary opposition.  According to the Andean cosmovision, the origin of the world is the union between the masculine and the feminine. The universe was not “created” from nothing by the will of a single Supreme Being and then perfected through evolution, but it is the result of the union of the masculine and feminine deities that gave birth to the beings in the pacha. The Quechua and Aymara people therefore believe that the origin of the world is based on the principle of yanantin that is from the union of masculine and feminine energy. 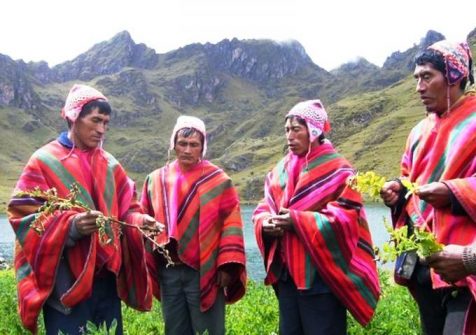 The complementation of the two energies allows the evolution of beings in the universe. According to Javier Lajo, director of the Sumaq Kawsay Research Institute (ISK) in Peru, the divine names: Pachatata (Lord or father of time and space) and Pachamama (lady or mother of time and space) derive from the principle of yanantin. When it comes to human beings the term yanantin expresses qhari-warmi (man-woman), the human couple. According to the director of ISK “yanantin is the result of the application of a principle of complementary, hierarchical, interdependent opposition associated with the notions of masculine and feminine.” When the complementary opposition tinkuy (encounter) is established between man and woman, both of them cooperate with each other and form the basic social, economic, political and spiritual unity of the Andean organization. But a couple also expresses the realization of human life, which is constructed between two distinct individuals, completely opposed in their sexual polarity and in their attributes.
The yanantin principle referring to a human couple specify clearly the different roles of the man and those of the woman. For example, men are expected to carry out agricultural activities and represent the family before the community, while women are supposed to prepare food, to take care of children, to do the housework, to weave and carry on small-scale activities in order to support the family and the community. 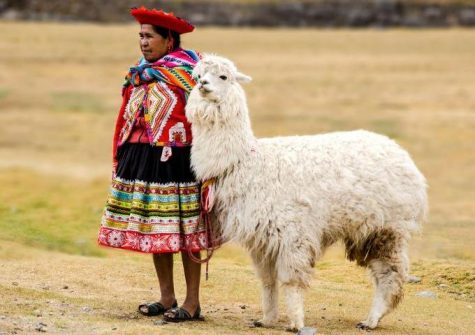 The opposite of the yanantin principle is the ch’ulla (impar) referring to something missing that is supposed to be part of a pair. Ch’ulla has a negative meaning among the Quechua and Aymara people. When a couple separates, somehow they violate  the principle of yanantin and become ch’ullas.  In the Andean culture, becoming a ch’ulla is not good, especially for a woman. Life becomes harder, being alone means having the double of responsibilities, work, and making much more efforts in order to raise a family.
From the spiritual point of view the  yanantin is what keeps the divine consciousness alive in the community, it is what gives strength and encourages human beings and what gives meaning to their existence and what makes them know they are not alone because they are accompanied by the Pachatata and the Pachamama, who  manifest themselves in different ways in the everyday life of men.
According to Quechua and Aymara people, the yanantin principle guarantees the continuity of human life and the harmony with all beings, with the cosmos and with the God of life. Harmony and balance are born and develop in the relationship of opposite and complementary pairs. 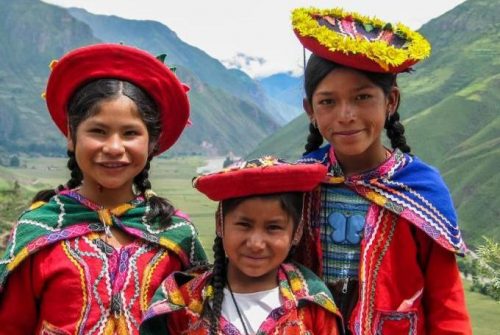 Human couples generate new ways of living and trace new paths of life. That is why the principle of well-practiced yanantin leads to the fullness of life. A couple living according to yanantin becomes a great example for the future generations of the ayllu.
The importance of the principle of yanantin has to do with balance between pairs. Existence is pretty much dependent on the tension created by the opposition, so long as the opposition is balanced with each giving and taking at an equal rate. If one over-rules the other, both suffer the same extent.
Yanantin doesn’t celebrate the differences between opposites, but what brought them together and is created by their parity and what is born when the opposites are put together. But putting opposites together doesn’t necessarily do anything. It’s the giving and taking that each of the pairs do that creates something new.
Therefore we should adhere to the yanantin values. As long as we do so, with both sides giving and taking evenly, prosperity, security, and all the good sorts of things happen as they are supposed to among all the Andean Pacha beings.