The first haircut of a boy or a girl is a sacred act in the Quechua culture, therefore it is performed during a special ceremony. The role of the godfather.

The uma rutuku (first haircut) is a significant event in the life of an Andean Quechua and Aymara child. The first hair cut is a rite of passage among these Andean peoples, by which a child is introduced gradually to the social and cultural traditions of the community or ayllu.
The haircut ritual generally takes place at the time of the harvest, between June and August. Parents who want to celebrate their child’s first haircut, a month or even a year before the ceremony, visit the future godfather of their child. According to the custom they bring him coca leaves, cigarettes and  drinks. On this occasion the date and place of the haircut ritual are decided. 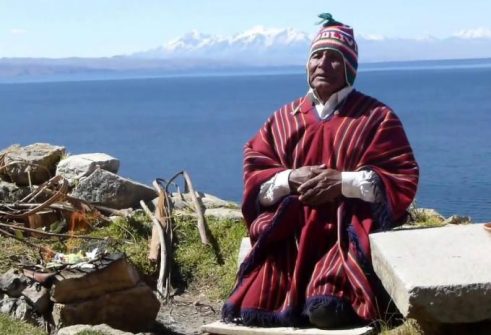 The parents of the child  prepare food, drink and the house for the day of the ceremony which will be attended by the godfather and other guests. The godfather, in the meantime, goes from house to house to invite all members of the community; he offers them coca leaves, and asks for their help with the organization of the event. Inviting the community members so that they can be witness of the entrance of a new member in the community, is the first task the godfather does for his godchild.The parents and the godfather also prepare a table, which is placed in the centre of the patio or in the house, a new red aguayo (multicoloured woollen cloth used to carry children) is laid on the table, where the child will be sitting during the haircut ritual.On the day of the ceremony, before the haircut the godfather, along with the other guests, carries out the ritual called  piqucheo (coca chewing) and that called ch’alla to Pachamama (a ceremony of reciprocity with the Mother Earth, which includes offerings and the act of watering the earth with alcohol and symbolic elements), and to the ajayus (protective spirits). 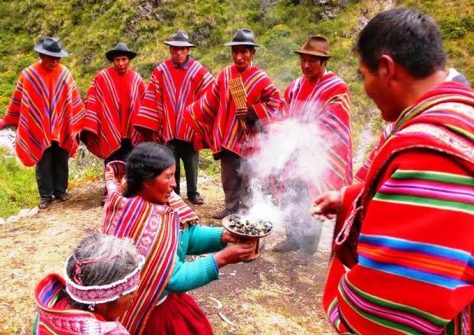 Then the godfather comes close to the table where the child is sitting and welcomes the guests; he confirms to the child’s parents his good intentions to fulfil his commitment to supporting and being a reference point for the child. Then he shows the attendants his gift for the child and starts to cut his hair with a scissors. In the meantime the other guests get close to the child and offer their gifts, which can be money, clothing, animals such as sheep, cattle, llama or other valuable items. The parents  help the godfather and offer the guests  food, generally chicken or lamb, and chicha, the traditional fermented drink made with maize  and wheat.
Once the haircut is completed, the godfather thanks the guests for their gifts. A person is in charge of counting the money, collecting all gifts and putting them into the aguayo that was used during the haircut, while the other guests dance to the beat of the music. The ceremony  is concluded with the thanks expressed by the godfather to the guests for their participation and his gratitude to the child’s parents for the confidence they showed by choosing him as godfather. 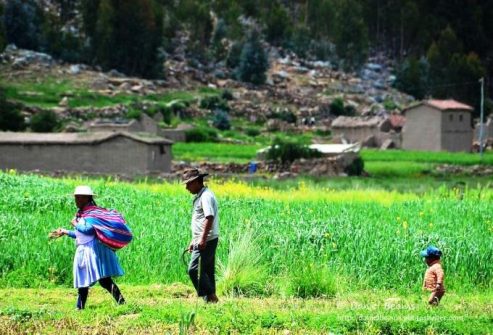 The person who counted the money and the gifts gives them to the child’s parents who will administer them for the future of their child. The  parents also thank all the guests and the godfather for participating in the celebration and collaborating for its organization. At the same time they also commit themselves to return to all the members of the community the help  they received any time when necessary, because life is ayni (reciprocity).Then the parents, the godfather and all the attendants carry out the ch’alla ritual which concludes the first haircut ceremony that marks the entrance of a child into the community.