Sara Raymi is the feast of corn celebrated by the Andean people. A blessing from the God of life in response to the work of men.

Sara is a Quechua word that means corn. Raymi means festival. Sara Raymi is the term with which Andean people refer to the festival of corn or the festival of the corn harvest. There are two versions about the origin of corn: according to the mythologies of the Maya and the Aztecs, corn has its origin in North America, because among these peoples the Aztec god, Quetzalcoatl, was accredited with the discovery of corn and  was also known as the giver of this product to men.
Whereas according to the Andean cultures of South America,  the  origin of corn is Andean. They base their beliefs on the cave paintings found in the Andes, such as those of the Guitarrero Cave in the Ancach department of Peru, which was presumably discovered by the American archaeologist Thomas in 1969 and where some of the evidence of early domesticated beans, chili, corn and other cultivars have been found. According to Andean peoples corn had been stored in caves by
the Incas since 6200 BC. 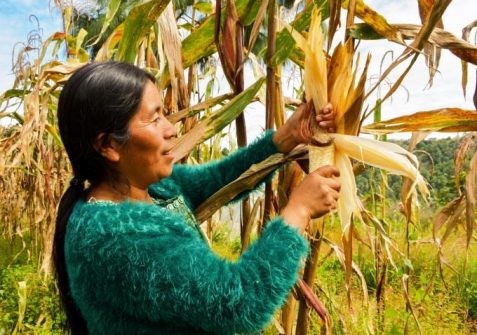 As a matter of fact, to date, we do not have certain news about the origin of corn, but the truth is that it was and still is a staple food among the Andean peoples. Corn was definitely the staple food of the Inca empire. The Sara Raymi was celebrated during the sixth month of the Inca calendar, according to oral tradition. It was a holiday dedicated to the growth and harvest of corn. It is believed that the celebrations lasted three days, and they included different rituals such as the wilancha (llama sacrifice), or offerings to Pachamama and other deities. During the  Sara Raymi celebrations, incense and aromatic herbs are used during rituals to thank, and to invoke the ajayu de la mama sara (the spirit of the mother of corn), and to ask for deities’ protection. The celebration of corn, which was considered as sacred food by Incas, was and still is an ancestral ceremony. 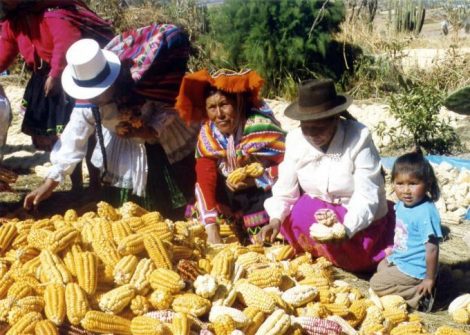 The Sara Raymi celebrations include the selection of the Sara Ñusta (Corn Queen), who is in charge of decorating the llallawa saras (‘best fruits’) with colourful wool and with other ornaments. The Corn Queen and her assistants also set up a table  for the challa ritual during which people feed and give chicha (corn beer) to the land. This festival is the celebration of  man’s work and the blessing of the Pachamama. During these festivities people eat a great variety of corn dishes: such as the famous Mexican tacos, or typical Andean corn dishes such as the sweet corn cake, the tamales, the chhujllu wayk´u, (boiled tender corn), tostados and others.
According to oral storytelling, Incas used corn for political, religious and military purposes. Part of the corn produced was carried to Cuzco by llama caravans, while some corn was used for the sustenance of the army employed for the conquest of the valleys, yungas and the Eastern Lowlands of Bolivia. 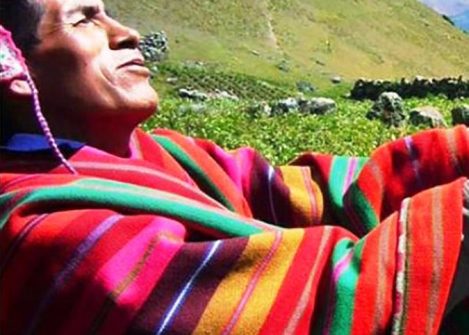 The old Andean people narrate that once the corn was harvested it was carried to  storage sites and put into qollqas (silos) . South of the municipality of Quillacollo (moon hill) in Bolivia there are still qollqas on the hills, around the Cotapachi Lagoon, where there is one of the most important archaeological sites of Bolivia. This territory was allegedly inhabited  by the Incas and one can still find several archaeological sites there, such as the Qollqas de Cotapachi, in the valley of Qochapampa (lagoon plain), where today there is the city of Cochabamba, Bolivia; in this area, in fact, corn was produced in large quantity. Nowadays, corn is no longer stored in qollqas as it was during the times of Tawantinsuyu (the Quechua name for the Inca empire), and each family sows and stores corn in pirwas and callchas according to its needs. 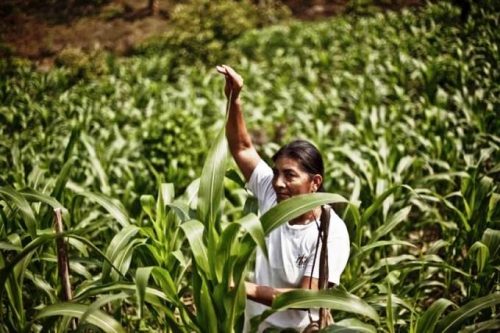 The feast of Sara Raymi is interwoven with the Holy Week of Christianity. According to the belief of Christianity, on Holy Friday, Jesus was crucified, died and was buried. Today on the Friday of the Sara Raymi celebrations the qhispichiy (stealing a portion of corn) is performed.
It is customary to steal a symbolic portion of the neighbour’s corn, which has to be a small portion because in a case of excess it would be considered as a real theft and therefore a crime. The thief would be prosecuted and punished.
In conclusion Sara Raymi is the celebration of the corn harvest as a sacred food: the celebration of the blessing from the God of life in response to the work of men for their sustenance. That is why these celebrations, through the joy for the blessing received, aim to maintain harmony among people.