The Aymara wedding ceremony is a social ritual in which all the community takes part.  After this rite the individual is afforded a different social status, hence the couple becomes an integral part of its community and is committed to offering it its support and collaboration.

In the Andean Aymara world, jaqi (personhood) is not granted to the individual but to the couple. Only when a wayna (young man) and a  tawaqo (young woman) marry and procreate are they considered complete and are recognized as adults. That is why life as a couple is of utmost importance among this ethnic group, because through it a wayna (young man) and a tawaqo (young woman) gain  jaqi (personhood), chacha-warmi (husband-wife), with all their rights and obligations within the ayllu (community to which they belong) by being active members.
After the falling in love phase, the young lad and the girl may even run off, disappearing for a couple of days – the young man ‘steals’ the girl away (irpantasiria), – and when they come back the irpaqa (hand request) follows and then the sirwisiña (co-habitation) which precedes the jaqichasiwi (marriage ceremony). 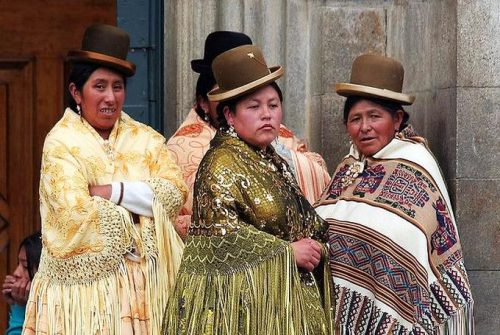 The date of the ceremony is decided by the parents of the couple. Some days before the celebration the couple’s relatives along with some members of the community set up the Ramada, a sort of hut adorned with branches of the eucalyptus tree and flowers that must be white, the colour that represents purity. At the central part of this structure is placed an altar (a large table with two seats for the bride and the groom) which is also adorned with white flowers and covered with a white cloth. Two white flags on the opposite sides of the altar represent the bride and the groom. The Ramada is set up  at a central place of the house with a view outside, so that the sun (Tata Inti or Willka Tata) can be the eternal witness that the ceremony is carried out with transparency and in front of the members of the community. 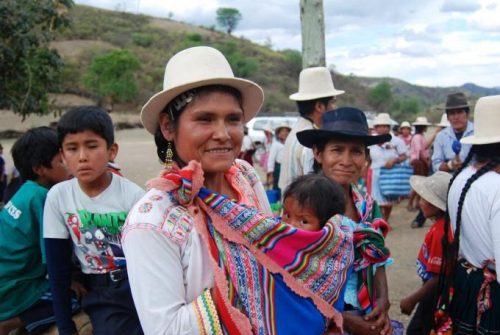 On the day of the celebration, at dawn, the jach’a irpiri (godfathers) along with the parents of the groom and the bride, pray the achachilas, uywiris, kuntur mamani, pachamama, ispallas (guardian beings) for the happiness of the couple making offerings of alcohol and coca. Then the relatives of the couple, along with authorities and community members, attend the wedding ceremony which is held in a temple. The celebrations start after the wedding rite and they usually last three days. On the first day, the chacha (groom’s) day, relatives and friends give him all kinds of gifts, which are placed around the Ramada. On this day the couple also receives the blessing of the parents of the groom. The second day is the the warmi (bride’s) day. The new couple and their friends head to the house of the bride’s parents, singing and dancing at the rhythm of the music played by a band. When they enter the house they seat at the Ramada which has been set up for them. This time, relatives and friends offer gifts to the bride, and her parents bless the new couple. 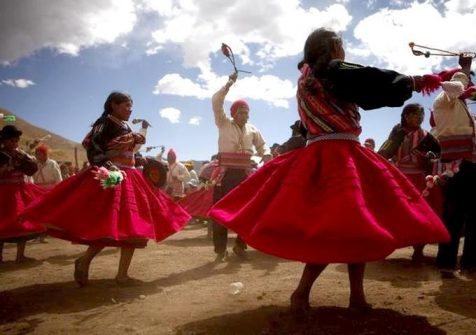 On the third day the newly-weds invite the in-laws, godparents, relatives and the community for the counting of the gifts especially the arku qullqi (money); if the total amount is odd it is rounded to even. After the counting, people drink and dance the irpastay in a circle. This is how marriage is celebrated among the Aymara communities of La Paz highlands, obviously with some variation depending on the different regions. However, the process of becoming jaqi (gaining personhood) does not end here; the newly-weds also perform other rites such as the tuti (rite of inheritance), the satancha, the achuqalla, etc. The Aymara wedding is a social ritual by which a couple becomes an integral part of that community with all their rights and obligations. The community is the protective centre for the individual, family and social life. The community is the one that testifies the marriage union of a man and a woman (chacha-warmi), who through this rite become complete individuals ( jaqi ). The community consecrates them as a new family and marks its identity, so they will provide their services to their community. 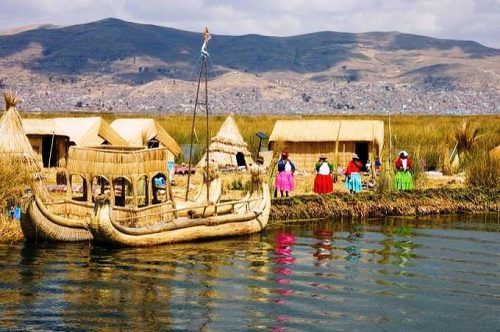 Therefore, the community, as a cultural value among the Aymara, is the vital centre of their existence, it is the place where they belong to and the place that marks their identity. Being members of an ayllu (community) means sharing activities such as the building of a roof of a house, or attending wedding ceremonies, the burial of a community member, ritual ceremonies, etc. Family and community life are strictly connected among the Aymara, since families makes up the community and within it people make decisions, share sorrows and joys, promote community activities and deepen their values, customs, traditions and religious experiences.
Family is one of the most important values in the Aymara world, since it is the nucleus or the natural and social cell within the socio-community organization. The Aymara family is made up of a married couple chacha-warmi (husband and wife) and their children. Through marriage, family ties are extended to members of bilateral ascendant and descendant of consanguinity and to close or step-relatives such as godparents, godmothers, godchildren.
Through marriage, the newlyweds gain their personhood and become active members of their community with rights and obligations. Therefore a couple is expected to act with responsibility dedicating themselves to honest work, avoiding fights, disputes and infidelity, marking the end of their life as singles and the start of their life as a couple and family.

Photo Gallery – Electricity For All

10 Ways We Pretend War is Not a Crime.

Advocacy, more than economic interests, is about consciousness and knowledge. It is about building a strong democracy, holding those in power accountable. It is about…

Why the Hippo lives in the Water.

Many years ago the hippopotamus, whose name was Isantim, was one of the biggest kings on the land; he was second only to the elephant. The…

Saving the Planet and Ourselves.

Australia, Philippines, California and Central and South Africa have been recently hit by severe drought and endless forest fires.  Thousands are suffering. Plants and animals perish.…