The ancestral rituals that accompany the birth of a Quechua and Aymara child. The role of the midwife. The great joy of the family and the community.

The birth of a baby is preceded by several preparations among the Quechua and Aymara communities. During her pregnancy, the expectant mother makes diapers, clothes, and a new aguayo, a handmade weave which she will use to carry her baby on her back. And finally she chooses the name that her child will go by for the rest of its life. Giving birth is an ancestral ritual among the Quechua and Aymara peoples, it implies the creation and protection of a human being. 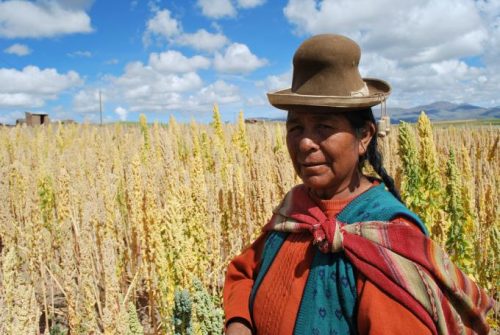 A midwife performs as a doctor and spiritual teacher during the ritual act of birth. As soon as labour symptoms occur, the husband of the expectant woman asks the midwife to come to their place. The birth ritual starts with the aculliku, the symbolic act of chewing coca leaves, that expresses indigenous cultural and religious identity. Then, the midwife makes some incense with aromatic herbs and lets it burn in a room of the house; she kneels down and starts to invoke  the ajayus (spirits) and asks them for help with the delivery. These rituals are indispensable among the Quechua and Aymara communities on the occasion of a birth of a child. Midwives analyze symptoms and make diagnosis about the length of labour and delivery. Some of them make a chicken egg-roll on the body of the mother-to-be and then, they put it on the stove’ If there is sweat on it before breaking it means that the woman’s body is cold, but if the egg breaks right away it means that the woman is about to give birth. Midwives, if necessary, apply yerba mate, cinnamon, cherimoya grains, or other herbs to the body of the pregnant woman in order to warm it and prepare muscles for delivery. 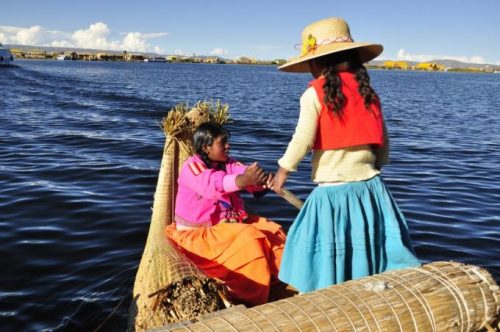 When the baby is born, the midwife holds it in her arms and says words of welcome. “Welcome, we have been waiting for you with a lot of love and affection, this is your home, your family, your community, and we will always be together”. Then she cuts the umbilical cord, which has been previously tied with a red thread that symbolizes the colour of life.  It is interesting to notice that the umbilical cord is not cut with any sharp object, either knife, or scissors, but with the k’analla, (a piece of clay pot). Finally, the baby is placed next to its mother. In some communities, parents keep the piece of their baby’s umbilical cord which falls off a few days after birth, in a place of the house where some incense is burnt. This is a symbolic act that expresses that the baby was born there.
The midwife, after doing everything she is supposed to do for the new born baby, takes care of the mother. She makes sure that the placenta has been expelled and then performs a ritual. She places the placenta on a blanket, and beats it gently with some branches of ch’ilca (medicinal plant), saying the following words: “You will not be lazy, you will not be a wanderer, you will live in this house, you will serve your community, your family, and your environment. Do not ever forget the land where you were born, your community and those who helped you and who are always with you”. Then the placenta is wrapped up in the blanket and buried near the family house.The placenta rite is performed to mark identity and family membership. After delivery, the mother is given a thin beef or llama soup in order to recuperate energy. 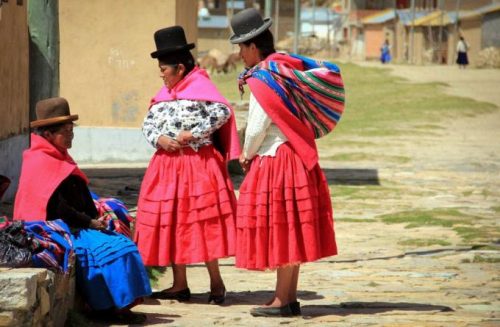 On the following day, the newborn is given its first ritual bath. The midwife bathes the baby in warm water where white, red and pink flower petals and rosemary leaves float and where some coins or grains of wheat have been dropped. The ritual bath is performed to the sound of birds tweeting and is the baby’s first encounter with reality and nature. This ritual bath symbolizes a sort of initial cleansing of bad influences and protection from all evils. Quechua and Aymara women wrap their babies up in blankets made of soft fabric in order to make them feel as if they were still inside their mother’s womb. After the ritual bath, one of the wise people of the community, upon request of the baby’s father, performs the water baptism ceremony. He pours some holy water over the baby’s head and gives them the name chosen by the parents. Now the Quechua birth ritual is completed.
But the midwife’s work is not finished yet. She is supposed to guide the baby’s mother now, suggesting the diet she should follow, what plants she must use to recuperate energy, and so on. 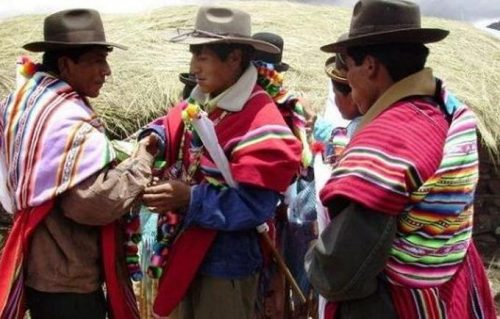 The midwife becomes an ancestral paediatrician who also cures ethno-cultural diseases such as fears. The birth of a new member is a joy for the whole family and the community. The father kills a lamb or a llama in order to celebrate the event and feed the mother. The people of the community, for their part, come to visit the mother and the child. They bring them food or some clothes for the child, others help with the cooking, or putting the cattle out to pasture. They do so for at least one week, until the mother recuperates energy. They put into effect the principle of ayni (reciprocity), keeping alive the sense of community life of the Quechua and Aymara in the Andes of Bolivia.