For the Quechua, death does not mark an end but a transition from this life to another different experience. Dying means to be reborn to continue living a new life, a new beginning. Death therefore is considered as part of life, its continuation in the Janaj pacha (the world beyond).

Quechua peoples see death as a journey towards an unknown and eternal place. Monday is the Day of the Dead among the Quechua, on this day of the week they perform special rites for the deceased. According to the wise men of the Quechua communities there are signs that forewarn the death of a member of a family or of a community. One of the most traditional signs is the arrival of the owl, this nocturnal bird is considered as a mysterious bird, and when it gets near a house and starts to hoot it means that somebody will die. Other signs of death are the howling of  dogs, or a black butterfly. When these signs appear, the elderly or the one who is sick in a family makes a will. 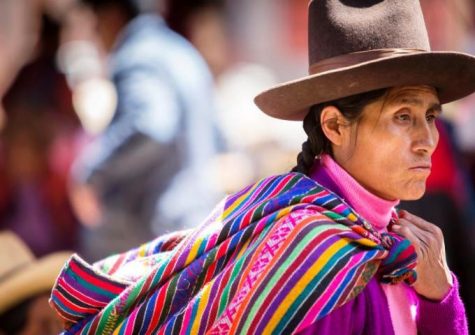 When a person dies, relatives gather at the house of the deceased in order to organise the wake and the burial. Godchildren generally are in charge of all this, but when there are none, somebody else is asked to collaborate in exchange of some coca and cigars: a cook who is in charge of the funeral reception, a carpenter who will build a coffin, while somebody else is in charge of preparing  the grave and the corpse of the deceased for the burial.
The person in charge of preparing the corpse is generally an elderly person. He/she washes the body of the deceased with rosemary and broom water, then dresses them with the clothes they loved the most and organises the wake. During the wake, coca, cigarettes, tea and food are offered to the attendants. After a communal prayer is said, the deceased is laid in the coffin, and the special belongings are included believing that these things may be used in the other life. Attendants at the wake also put letters or messages in the coffin  for those who previously died.
Once everything is prepared, the coffin is taken out of the house, the participants at the funeral ceremony say goodbye to the deceased, ask them for forgiveness, and say prayers and words of appreciation in order  to make sure that the harmony between the deceased and the community is restored.
The day after the burial, an elderly person washes the deceased’s clothes with the aim of purification, and the relatives wash their heads and share food, drinks and coca. The purpose of this ritual is to soothe the sadness of the family. 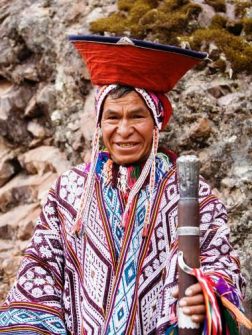 The purification rite, is performed nine days after the death of the loved one; on this occasion a yatiri (indigenous priest) while saying a prayer of purification, prepares some llama fat and other ingredients and gives them to the  grieving relatives who use them to rub themselves with the purpose of purification. Then at sunset the yatiri burns the deceased’s clothes. On the anniversary of the death, all relatives and neighbours attend the wata misa (Eucharistic celebration in the name of the deceased). The deceased’ s family offers food and drinks to those who have attended the wata misa, then they take off their black mourning clothes to wear coloured ones, symbolizing in this way the end of the mourning because life must go on. 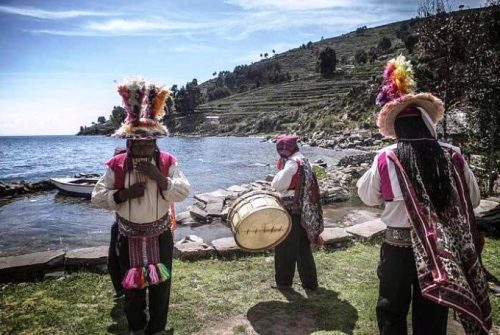 Death  does not mark an end but a transition towards a new life among the Quechua people. That is why there are times and places for meeting those who went to Janaj Pacha and those  who are in Kay Pacha, the world of the living. The meeting between the two worlds takes place on the day of All Saints. On this day those who were bereaved during the previous year lay out a mast’aku, a table covered with those dishes and drinks the deceased liked best, since the Quechua people believe that  the deceased come to visit their relatives to share the food and drinks that they have prepared for them. Some of the products most associated with All Saints celebration are  t’atawawas (sweet wheat bread rolls shaped and decorated in the form of a baby), the urpus (special bread figures), and other goodies that are made for the occasion. 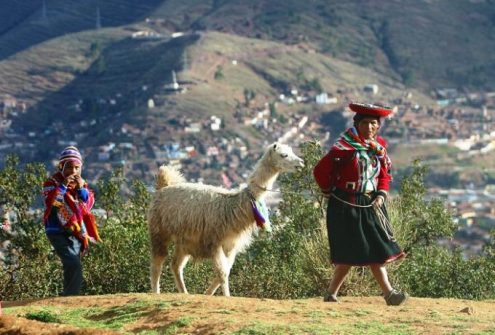 In Bolivia, the ceremony begins at noon on 1 November and goes through noon on the second since it is believed that on 1 November at noon the ajayus (souls) return from their mountains to dwell for 24 hours with their families and friends. This ritual includes donation of offerings to the souls by setting up an altar or table that is decorated with flowers, candles, reeds, fruits, drinks and sweets. On 2 November people go to the cemetery to lay out a  mast (aku) on the grave of the deceased. They say prayers and offer t’antawawas, urpus, fruit and other goodies to visitors. The day of the dead’s festivities is a time for togetherness, where family and friends pray waiting for a sign that their loved ones have returned to them once more.
Jhonny Mancilla Pérez