More than one year after he was sworn in, the new Angolan head of state, João Lourenço has made sure that the men suspected to be corrupt do face trial. The list includes the son of his predecessor. But reforms go much further beyond.

On the 24 September, the arrest of the former President José Eduardo dos Santos’ son, José Filomenos, aka ‘Zenu’, created sensation in the whole country. It was seen as the consequence of Lourenço’s policy to allow the judiciary to operate without protecting corrupt elites. The arrest was ordered by the State Prosecutor who had been alerted by the British National Crime Agency about a US $ 500 million transfer from the Angolan Sovereign Fund which Zenu managed between 2012 until January 2018, to one of his private account at the Hong Kong and Shanghai Bank Corporation in London.  According to the prosecutor, Zenu and his partner, the Swiss-Angolan businessman Jean-Claude Bastos de Morais, whose Quantum Global company is based in Mauritius are both suspected to have siphoned billions of dollars of Angolan public money and to have reinvested them in private businesses. According to the prosecutor, the accused are involved in acts of bribery, trading in influence, fraud and money laundering. Zenu’s indictment and arrest are also putting an end to his hopes to succeed to this father at the helm of the country, which he mentioned in a interview to the Portuguese weekly Expression in 2016. The decisions however to allow prosecution against him anyhow are not so surprising for the public opinion in Luanda, where the President started quickly after the beginning of his mandate to clean the Augean stables. 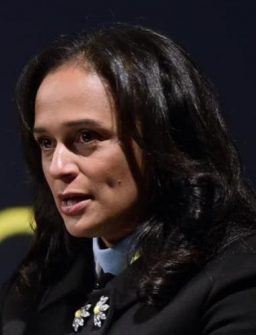 In November 2017, the former President’s daughter, Isabel dos Santos was fired from the presidency of the Sonangol parastatal oil company. One month later, the Sodiam company, which is a subsdiary of the diamond parastatel Endiama, put an end to its partnership with the Malta-based Victoria Holding, of which Isabel dos Santos and her husband are shareholderes. Then in July 2018, a presidential decree terminated the involvement of another company controlled by Isabel dos Santos, Niara Holding, a consortium led by the China Gezhouba Group Company which is building the US $ 4.5 billion Caculo Cabaça hydropower dam on the Kwanza River.
Last July as well, President Lourenço also cancelled the contract for the construction and the operation of the US $ 1.7 billion worth Barra do Dande harbour, to the north of Luanda, which had been awarded by the former President to a company owned by his daughter, Isabel, called Atlantic Ventures. The purge did hit as well the former Minister of Transport, Augusto Tomás on the last 21 September, who was also arrested and faces embezzlement charges. 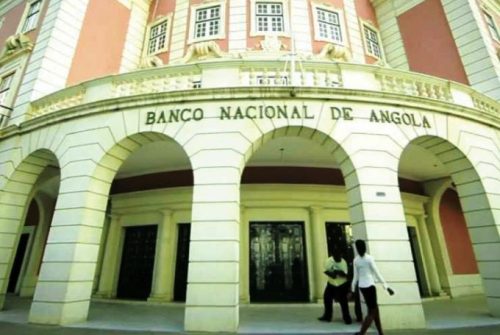 Now, despite claims by the dos Santos family clan that such decisions are part of a revenge plot, the Belgian consultant and Angolan specialist, Daniel Ribant does not believe that is actually the case. These measures he says, are part of much deeper and wider move which includes the prohibition, effective from the last 1 October of money transfers to tax havens. The issue is a serious one : last May, the Parliament approved a legislation which ordered the repatriation to Angola of illicit deposits in private bank accounts abroad, which amounted to 30 billion dollars, according to the Banco Nacional de Angola (BNA)  or about a third of the country’s GDP. In addition, the BNA has also instructed Angolan banks to carry out due diligence work to prove that they checked whether imported goods have paid at their real economic value. The point is to avoid over invoicing, kickbacks and other malpractices.
The wind of change also blowed on the media, with the cancellation in January 2018 of the Canal 2 television channel management contract between the national broadcaster and the Semba Comunicações company which is owned by two other children of the former President dos Santos:  Welwitshea « tchizé » and José Paulino. 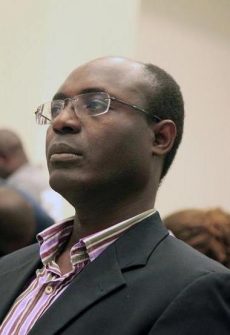 João Lourenço’s policy of reform is applauded by the most severe critics of the government during the 39 years old dos Santos era, including the main opposition party, UNITA and the whistleblower and human rights activist, Rafael Marques who paid tribute to the President for having allowed justice to carry investigations on the most corrupt officials. Likewise, the Fitch Solutions consultancy considers that José Filomeno dos Santos’ imprisonment meant « an important symbolic step » in the struggle against corruption in Angola.At the same time, João Lourenço like his predecessor is extremely keen to concentrate powers in his hands. On the last 8 September, he secured an overwhelming 98.6% majority of votes for his election as President of the ruling MPLA party and then removed about half of the politburo members. 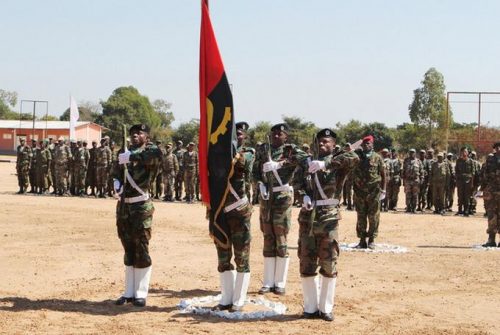 The President needs indeed a solid support to carry out a number of bold reforms. One of the most important is to halve the size of the 100,000 men strong Forças Armadas Angolanas troops, which absorb 21% of the national budget expenditures as against 11.3% for education and 7.4% for health.
Another challenge, perhaps the greatest, is the high indebtedness of the country whose hard currency reserves smelt from US $ 28 billion to US $ 12.8 bn between 2014 and early 2018. At present, the foreign debt with a total of US $ 77 bn represents 71% percent of the GDP, out of which 56% is owed to China.  The problem however, warns Fitch Solutions is that  it will become difficult for Angola to pay back the debts installments for its oil backed loans. Indeed, by 2023, a 36% oil production decline is anticipated. And this a serious challenge in a country for which oil still accounts for 95% of the foreign exchange receipts.Yet, reforms are not restricted to governance or economics. Indeed, last May, João Lourenço acted in a symbolic way to promote national reconciliation, when he announced that the remains of the the late UNITA leader Jonas Savimbi, who was killed at Lucusse in the Moxico Province in 2002 at the end of the civil war, could be buried in his homeland ,in the Bie Province, as always wished his family and UNITA.