The Andean calendar is based on the observation of the sky. It is a luni-solar calendar, which tracks both the moon and the sun.

The Andean calendar is divided into thirteen cycles of time made of 28 days each, with four weeks of seven days corresponding to the four lunar phases. In total 364 days which make a year and the day left
to complete the 365 days, is dedicated to the celebration of the sun, called Inti Raymi, which coincides with the Andean New Year
which is celebrated on 21 June. 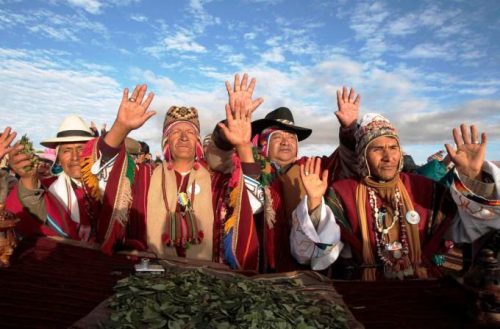 The extra ceremonial day, on 21 June, is also dedicated to joining the energies of heaven and earth. Every four years, being leap years, there are two extra ceremonial days. The Andean calendar begins on 21 June, traditionally considered as the Andean-Amazonian New Year or the festival of the Inti Raymi (celebration of the sun). This is a celebration that revaluates the Inca tradition in the regions of the Andes, especially in the city of Cusco. It is said that this ancient ritual was introduced by the Inca Emperor Pachacutec approximately in the 1430s. Soon after the Spanish conquest, this ceremony was banned by the conquerors and it had to be held in secret. But, since 1944, the Inti Raymi festival, one of the most important Incan religious ceremonies, has been revived and growing in popularity, mainly in the city of Cusco. The celebration, while being a reaffirmation of the Inca culture, has also become a tourist attraction. It is currently celebrated in four countries: Ecuador, Peru, Bolivia and Argentina. 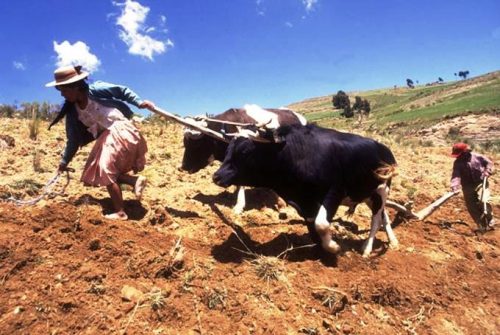 The second month of the Andean calendar is Chajra qunakuy quilla, (beginning of the agricultural cycle) corresponding to the month of July. This is the month when corn and potatoes are stored. It is said that at the time of the Incas this was the time of the year when fruits were delivered to the Qullqa kamayuq (granary keeper), the administrator of the production until the next harvest. Nowadays, each family stores their products in their family pantries.
The third month, Chajra wakichiy or Yapuchay quilla (August) marks the time of the preparation of the land for cultivation. This month is dedicated to the weeding of fields. The roots and stones are removed and the land is prepared for planting. In the highest areas, some products, such as oka, must be sown first because they take longer to germinate and bear fruit; in this way their harvest can coincide with the harvest of the other crops.
Qhoya raymi (September), is the fourth month of the Andean calendar and at the time of  pre-Columbian civilizations, this was the time when the moon was celebrated. According to the beliefs of the ancient Andean peoples, Mama Quilla (Mother Moon), was the wife of the sun god and the regulator of women’s fertility. Nowadays, Qhoya raymi is celebrated as the month of love and friendship. 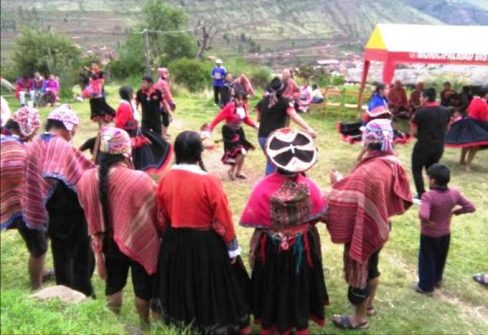 The fifth month is Uma raymi (October), the month during which the celebration of water and of the first rains were held. Ritual celebrations to invoke for rains are still performed today. This is the time to ask for abundant rains in order to irrigate and prepare the land for planting. Once, offering rituals were performed in honour of the Pachakamaq (god father) in order to receive abundant rains.
During the sixth month, Ayamarq´ay quilla (November), the dead are celebrated with solemn rituals and funeral songs. The tradition of  going to the relatives’ graves during this time of the year has been passed down through generations.
The dead are currently celebrated on 2 November. The relatives of the deceased go to their tombs bringing offerings.
The greatness of the sun was celebrated in Qhapaq raymi (December), the seventh month of the Andean calendar.
Some mamakunas (abbesses who devoted themselves to god Inti, the ancient Incan sun god) made wheat q´ispiñas with the blood of the animals that were sacrificed for the celebration. Sacred places were adorned with gold and silver decorations, and dances were performed during this festival, which today is no longer celebrated, because it has been replaced by Christmas. 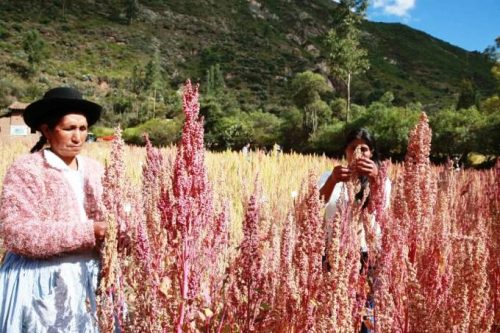 The eighth month Juch`uy poqoy quilla (January) marks the time of the year when farmers control and take care of the crops in order to get a good harvest.The ninth month Jatun phuquy quilla (February) is the time of savouring the first fruits. The Anata Phuqllay (carnival) is celebrated during this month.The tenth month is Pachapuquy quilla (March). During this time of the year, fields are filled with flowers, but it is also the time when people are supposed to observe fasting and refrain from dancing and singing. At present it is related to Lent, the liturgical season of the Christian Catholic Church.
Inca raymi quilla, (April), is the eleventh month of the Andean calendar. This was the month during which the celebrations of the Inca king were held. Inca raymi quilla also marked the beginning of the harvests. 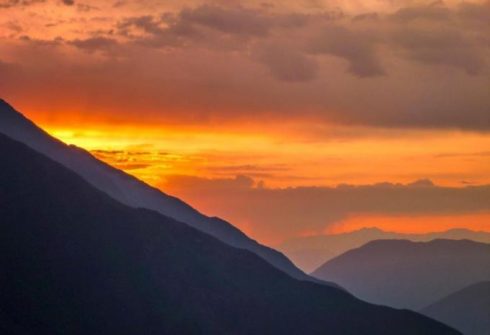 The twelfth month, Aymoray quilla (May), is the month of harvest, especially of the corn which is left to dry and then it is stored in silos.
This is how the time is divided in the Andean calendar. Basically the Andean solar calendar was used for economic activities such as agriculture, farming, and such activities. The Andean lunar calendar was, however, used to mark the days of all the festivals, the majority of which were strictly interwoven with the agricultural activities and the ritual celebrations that gave meaning to the Andean peoples’ daily life.