The Synod of Bishops for the Pan-Amazon region will be held this month in Rome. It will be an important event not only for the Christian communities in the Amazon Region but for all Churches.

Amazonia consists of an immense alluvial plain that lies between the Guyana Highlands to the north and the Brazilian plateau to the south, the Atlantic Ocean to the east and the Andes Range to the west. With an area of 6.7 million Km², it is the largest and most variegated tropical rain forest on earth and also its largest river basin.
The region corresponds in great part to the Amazon River basin, extending from the Andes to the Atlantic Ocean, two thirds of which are in Brazil while the rest is divided between Ecuador, Peru, Bolivia, Venezuela, Suriname, Guyana and French Guyana.
The area is covered mostly by thick tropical rain forest interspersed with savanna, grasslands, swamps, bamboo and forests of palm trees, all of which make up unique ecosystems and unparalleled riches in terms of water and land biodiversity. Ten percent of the species known on earth come from Amazonia. 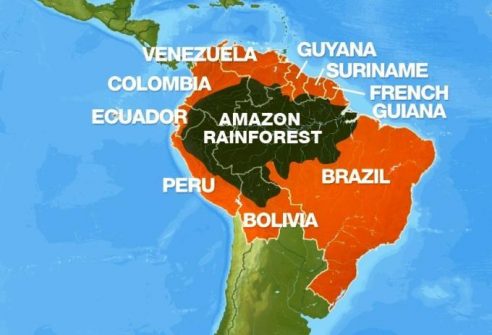 The largest number of species of freshwater fish is to be found here (around 3,000) to which we may add 427 species of mammals, 1,300 of birds, 378 of reptiles and 427 of amphibians. Besides, in this vast biome, 75% of the 40,000 species of plants present are unique and endemic. The same degree of diversity is to be found among invertebrates: in every 2.5 Km² of forest there are around 50,000 different species of insects.  Amazonia plays a fundamental role in regional and global climatic stability, not only for the fact that its vegetation holds so much carbon (from 90-140 billion tons of carbon are stored in its territory), but also because its immense hydro basin facilitates the circulation of the air which moves from the Atlantic Ocean towards the Eastern Andes. The Amazon forest recycles the water in the air and so generates about half of its own rainfall. 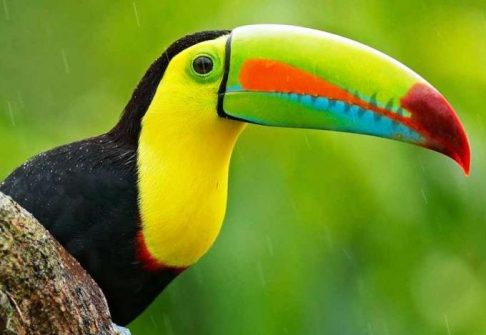 Amazonia is therefore considered a biome, a living system which functions as a regional and global climatic stabiliser, holding humidity in the air to the extent that one third of all the rains that fall on the earth are produced by this region. The region also has valuable social diversity in the form of 2,800,000 indigenous people belonging to 390 peoples, 137 of which are isolated from the rest of the world and have never come into contact with other ethnic groups. In all, the Amazon region has 33 million inhabitants. 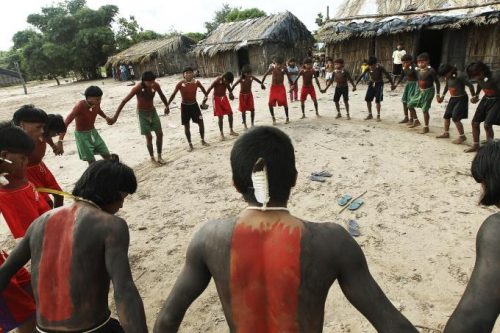 Economically, it is estimated that the GDP of the Amazon region amounts to $330 billion per year, of which 70% is produced by Brazil alone. Oil and natural gas, most of which is extracted in the Amazon region, are the economic backbone of the economies of Bolivia (45% of total exports), of Ecuador (55%) and of Peru (11%). Hydroelectric power from Amazonia provides a significant amount of the energy needs of several nations:  39% of Ecuador’s needs; 35% in the case of Bolivia, 22% in that of Peru and 11% in the case of Brazil. 36% of Brazil’s cattle are to be found in Amazonia. 24% of Colombia’s freshwater fishing and 22% of Bolivia’s rice come from Amazon regions.

Deforestation
The Amazon region is witnessing the greatest deforestation in the world. It is estimated that at least 17% of the Amazon forest was destroyed between 2001 and 2012, mainly in Brazil, Peru and Bolivia. Furthermore, according to data revealed on 3 July 2019 by the INPE, the National Institute for Space research, the rate of deforestation recorded in June 2019 was the highest since 2016, an increase of as much as 60% over the same period in the previous year: 762.3 Km²  were deforested as compared with 488 in June 2018. 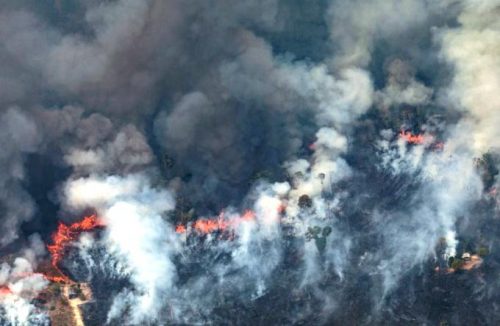 These trends are worsened by widespread fires in August 2019. Whereas in the past deforestation was mostly geared to freeing up land for subsistence agriculture to provide for family and local needs, this praxis changed substantially in the second half of the XX century due to the development of industrial activities and large-scale agriculture. The most of deforested land is presently being used for cattle-raising and the production of soya beans (94% of which are used for cattle-feed). Other areas of the forest have been flooded by dams, dug up for mining or razed to the ground to make way for new cities. At the same time, the proliferation of roads has made it possible to reach previously inaccessible forest areas, thus facilitating the settlement of colonies of poor farmers, illegal deforestation and land speculation.
It is a fact that the areas with the highest rates of deforestation are those that have the most roads. 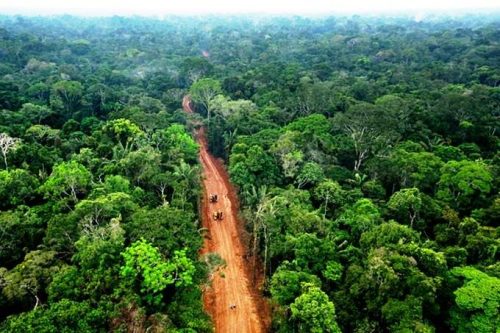 The close correlation between deforestation and the presence of new roads suggests the possibility that new deforestation fronts will be opened in the near future. This interdependence between road infrastructural development and the increase in deforestation is seen very clearly in studies carried out by the Brazilian INPE, with the cooperation of some American universities which analysed images provided by NASA Land and Water satellites (using the Moderate Resolution Imaging Spectroradiometer, MODIS). As well as that, from satellite images gathered during the project, the use of burning as a method of deforestation is clearly seen. The widespread use of this method to eliminate felled trees and grassy vegetation leads, in time, to the surrounding forests drying out, as well as greater vulnerability to burning in the years immediately following.
Both legal and illegal roads penetrate into remote areas of forest and then the small farmers migrate to that area to cultivate the newly deforested areas. Within a few years, the heavy rains and erosion wash away the soil and crop yields are dramatically reduced. The farmers then use the depleted land for cattle rearing and free up more of the forest for further cultivation. Finally, the small landowners, having left most of their land, either sell it or leave it to the large ranchers who use it for grazing. (A.C.)