The North African area, with its vast desert regions that are difficult to police and include the roads and tracks of the Sahara Desert, has become the main crossroads for  trafficking in arms, migrants
and narcotics.

Among the various roads across the desert that descend from Algeria to its southern regions, there is the ancient ‘Cart Road’ across the immense Sahara territory that continues south through the arid region of Sahel as far as the regions where flows the Ghir-N-Igherien or The Singing River, as the Tuaregs call the Niger.
The other caravan route crosses the desert of Ténéré and reaches Tchirozerine where, for centuries, the city of Agadez has received caravans. Along those ancient roads, drugs have taken the place of bags of salt, enriching the traffickers and bringing misery and violence to the population. On the road of the clandestines, between Libya and Niger, in the desertic region of Fezzan, there is the isolated district of Murzuq with the remote centre of Al Qaţrūn, also known as Qatrun, which has become a base for drug traffickers from where dozens of lorries transport cocaine destined for the Italian market. The North African and Sahel criminal organisations which transport the loads across the desert and along the caravan routes have to rely upon the Islamist formations of the region, the most prominent of which are Al- Qaeda nel Maghreb and Jama’at Nasr al-Islam wal Muslimin (JNIM, which control the zone. 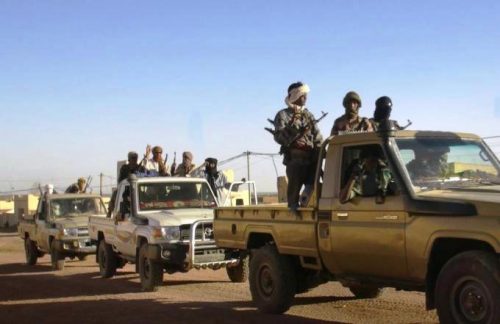 The scenes of action where Al- Qaeda in Maghreb – AQIM – operates, are mostly made up of the mountainous region of Cabilia, located in the area of North Eastern Algeria, and the larger area of the Sahel, being especially concentrated in the northern part of Mali. The important energy installations located in these territories managed by western companies, together with the presence of the local Tuareg population, are to be considered the principal factors determining the roots the organisation has put down in the area. Also in North Africa, according to the International Narcotics Control Board, the confiscation of heroin has increased significantly, especially in Egypt and Algeria. 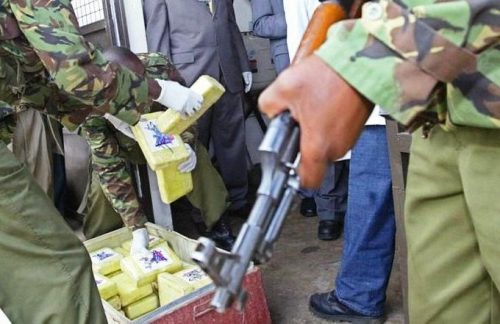 Also in East Africa, heroin is becoming a real social plague. INCA estimates show that this type of drug is, after cannabis, the one most consumed in Kenya. East Africa represents mostly a hub for the traffic of heroin from Afghanistan and Pakistan on its way to Europe. Kenya and Tanzania, especially, are the main gateways. The goods arrive by sea to the ports of Mombasa, Lamu, Dar es Salaam and Zanzibar.
The modalities of transport seem to have undergone an evolution. According to the authorities in Kenya, the heroin is brought by large ships that anchor on the high seas and is afterwards unloaded onto smaller boats such as fishing or motor boats, and is then brought ashore. The method is left undisturbed due to the lack of means capable of controlling vast and impervious coasts. 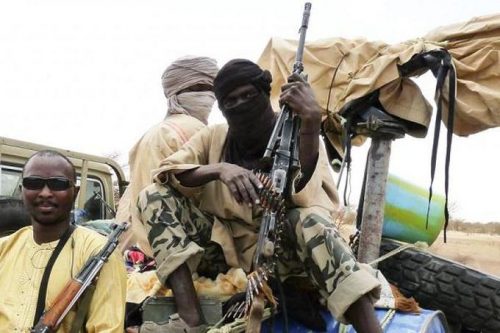 Among the organised criminals that infest Kenya we find the gangs of mungiki known for their violence, while in the region of Mount Elgon there are the Sabaot gangs who were formerly paramilitary militias of the Sabaot Land Defence Force. In the Kenyan capital there is the Kibera periphery with two hundred thousand inhabitants living in miserable conditions, with the same number living in that of Korogocho which grew up around a refuse dump. Many of the city quarters are dominated by powerful and bloody mafia clans who control the sale of drugs, one of which is Eastleigh filled with Somali refugees who have created a lawless Moslem enclave that is a centre for trafficking in human organs, drugs and arms.The distribution in Kenya of ‘the poor man’s drugs’ such as Ketamine and Kamusine, obtained from glue, are making the children of the poor quarters turn into wandering zombies.
In the east of the continent, drug trafficking also follows the course of the Nile Highway simply because it reaches Egypt and the Mediterranean.
Egypt has, in fact, become a crossroads both for heroin brought in from Asia and for Sudanese cannabis of which it has become a cultivator with a variety grown in Sinai called bango. To pursue this trafficking, organised crime relies both on Al Qa’ida operating on the Sinai Peninsula and on other criminal gangs present in the area. 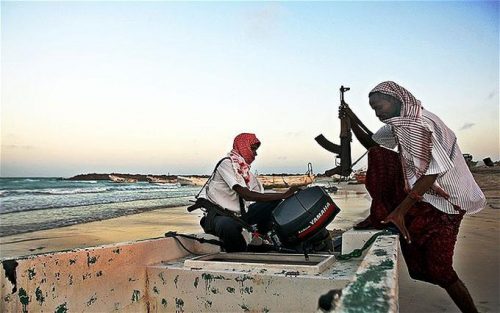 The desertic area of Nubia, located on the Sudanese trafficking routes where migrants also travel, from being a large African producer and exporter of cannabis, has become a place of transit and also of consumption of tramadol and of the powerful amphetamine captagon, drugs which are now among those distributed by ISIS. We find a similar situation in the vast territory of Sudan and, in particular, in the central northern region. Here the trafficking is under the control of the Islamic heirs of the Janjaweed, the fierce pro-government militias in the Darfur civil war, now working in a context of poverty and corruption that favours the establishment and development of trafficking.
In Ethiopia, as in other countries of the region, it is traditional to chew khat leaves. The export of such leaves has recently begun using the traditional drug routes. Addis Ababa airport, with its poor checks, is a fundamental hub for air transits while overland routes are little used since the local organised crime is amply enriched by human trafficking.
Then there is Somalia, a country devastated by civil war within which fierce Islamic formations have multiplied, often in conflict with one another for control of the business of trafficking in human beings, also coming from nearby Djibouti, as well as in arms and drugs. 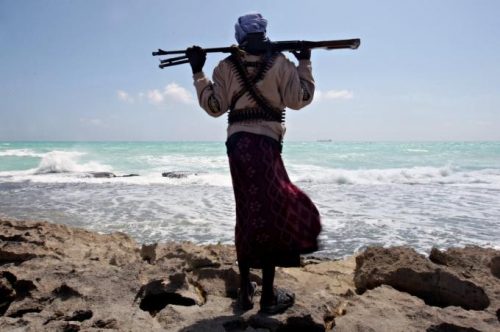 The Strait of Bab el-Mandeb, separating the eastern African coast of Djibouti from that of the devastated country of Yemen on the route to the red Sea, is one of the main maritime routes for the transit of drugs that continues in the Mediterranean through the Suez Canal, a route that has been left uncontrolled due to the aggressive and well-organised piracy that dominates the Horn of Africa.
Some of the bordering countries and territories of ‘devastated’ Somalia often fall victim to violent incursions by the infamous Islamic militias which, despite declaring themselves against the corruption of narcotics and carrying out occasional death penalties, also control the trafficking of drugs in the region.
Finally, we have Southern Africa which, although it is not a crossroads for trafficking, is nevertheless witnessing an increase in the local consumption of drugs. There, the heroin is brought from Kenya through poorly controlled routes with a high level of corruption. Once it enters South Africa, it is the task of organised crime to see to its distribution using local gangs like those called Hard Livings, in the region of Johannesburg, and those created in the South African prisons.
Filippo Romeo