The number of Christians in Algeria is not high, however, they are generally well accepted by the Algerian society. The experience of a White Missionary who has spent fifty years of his life in this country.

The conversion of a Muslim to Christianity is not prohibited in Algeria. In fact, the Algerian Constitution provides for freedom of conscience and worship. Nevertheless, the family and friends of a Muslim who converts to Christianity find it hard to understand the reason why their relative or friend has made such a choice.
The foreign Christians in Algeria are more numerous than the autochthonous ones, though the number of foreigners has decreased as a consequence of the wave of terrorism that the country experienced in the 90s. Still, several foreign companies are active in Algeria across a range of sectors: industry, oil, construction and such like. The number of  Sub-Saharan African migrants has increased over recent years and there is a relevant number of Christians among them. 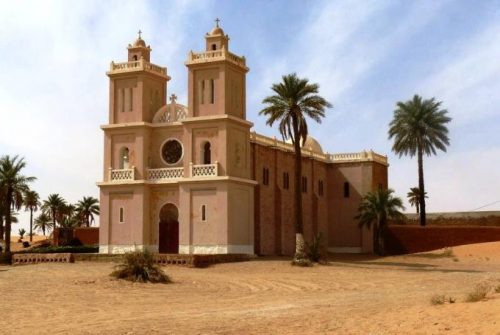 Algeria covers an area of more than 2,400,000 km2 and has a population of approximately 40 million inhabitants. There are four dioceses in the country: in  Algiers, Oran, Constantine and Laghouat-Ghardaïa, or Algerian Sahara. The dioceses of the North, Algiers, Oran and Constantine, are home to a significant number of  communities of men and women religious. There are also several foreign companies operating in that area. There is a well-known sanctuary in each of the three dioceses: 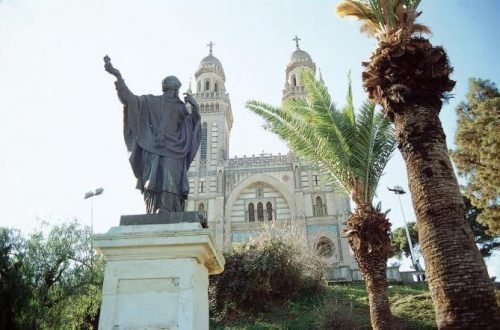 The Basilica of Our Lady of Africa in Algiers, the Santa Cruz Sanctuary in Oran, and that of  Saint Augustin in the Constantine diocese, in the city of Anaba. The famous Saint is recognised as a great figure of Christianity as well as a great figure of the country by many Algerians. Important works of restoration have been carried out in these three sanctuaries. The Algerian government contributed to cover the expenses.
The diocese of Laghouat, so-called Laghouat-Ghardaïa, where I’m currently serving, covers an immense territory of more than 2,000,000 km 2 and it is home to a population of almost 4 million inhabitants. The desert covers the largest part of this territory.
The region is rich in oil, natural gas, extraordinary water reservoirs, and archaeological sites. The remarkable  beauty and variety of the landscapes attract many tourists.
There are not many Christians in this place. There are only about ten small Christian communities of Sisters, Brothers, Priests and Laypeople. The distance between these communities may range between 200 km and 1600 km.Six new communities – one of men religious and five of women religious – have arrived over the past twelve years. This has changed the physiognomy of the diocese, giving it a more universal image and, especially, more African. In fact, the Sisters of three of these new communities are from congregations from Sub-Saharan Africa. When new religious arrive at the diocese they attend a formation course regarding the local language and customs, as well as an introduction to Islam. The Church of the Algerian Sahara wants to improve the dialogue with the Algerian Moslem people, through cultural and social services: libraries,  language courses, support for children, women and  handicapped people, etc. 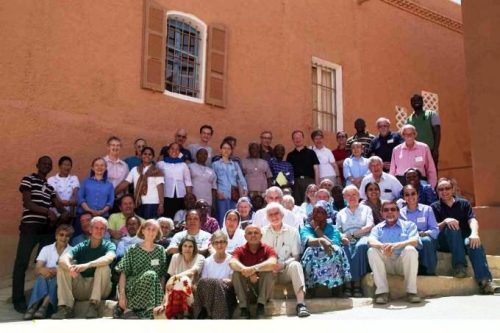 The diocese also offers each of our communities training courses in order to enable people to carry out those activities they are called on to implement. Communities are also encouraged to meet, in order to exchange and share knowledge and experiences. The bishop visits each community at least twice a year. A diocesan assembly, which is attended by all the permanent members of the diocese takes place every year, while an inter-diocesan assembly occurs every four years.
At first sight, these small Christian communities scattered throughout this immense territory seem to be almost invisible, but their work is greatly appreciated; the kindness and the spirit of service of men and women religious does not pass unnoticed at all! I have lived in Algeria for slightly more than fifty years serving in different realities and circumstances. I have worked for twenty-seven years at a school for blind people. It was not always easy, I experienced several difficulties, but what  I  received from the Algerian population paid back my services and my difficulties fully! I was happy to serve there for all those years. 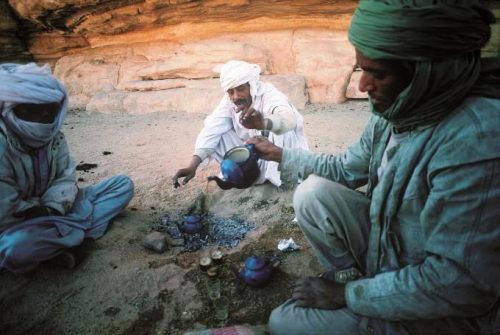 During all these years in Algeria, I have often worked along with my Moslem friends. The services we all offered to people strengthened our faith, their Moslem faith and my Christian faith. We all learned to have a closer relationship with God and we learned to be more open to dialogue with our brothers and sisters whether Christian or Muslims.

Chefchaouen. The Blue Pearl of Morocco.