The combination of increasing poaching uncontrolled demographic growth leading to forest encroachment and the destruction of the habitat, amplified by the climate change, are resulting in a dramatic decline of wildlife on the continent.

Africa is losing wildlife at an alarming rate. Iconic species such as the elephant, the rhino or the cheetach are being decimated by poachers. According to study of the Zoological Society of London, Panthera, and the Wildlife Conservation Society, cheetahs are at a great risk of extinction. Their number might decline by half by 2030, after a fall from 14,000 to 7,100 cheetahs left in the wild between 1975 and 2016. In the Sahara, the addax is also threatened with extinction, owing to intense over-hunting.The overall trend is for the number of animals to decline. Yet, the situation varies from one region to another. Southern Africa still boasts from more than 200 000 elephants whilst leopard, buffalo, kudu, zebra, cheetahs and rhinos still occur in large numbers. But the region is the only one in Africa showing such population increases. This is partly due to the expansion of protection to new areas, such as Southern Angola where elephant numbers increased rapidly in the early 2000s and because protected areas are relatively well funded. 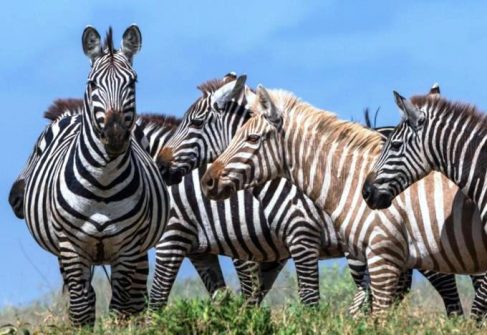 This is a sharp contrast with West Africa, where the greatest declines have occurred while protected areas lack finances and staff.  Now, even in Southern African wild animals are threatened or endangered. The blue antelope and the quagga have become extinct in recent times while African wild dogs are endangered and bearded vulture have undergone serious population declines. The black wildebeest, crowned crane, and the Cape mountain zebra have come critically close to disappearing altogether. According to the EU-sponsored report published in 2016 “Larger than elephants, inputs for an EU for an EU strategic approach to wildlife conservation in Africa”, between 1992 and 2012, the number of white rhinos increased from 6,800 to 20,000 in Southern Africa while the number of black rhinos rose from 2,500 to 4300.
But poaching is rising again at an alarming pace. By end of December 2013, the number of rhinos killed in South Africa had risen to 1,004 and both South Africa and Kenya are reaching the point where deaths will start to exceed births. 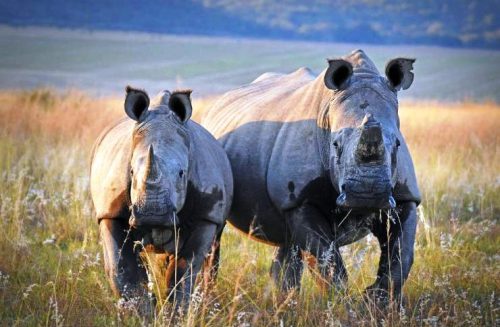 Owing to ivory poaching, Mozambique lost 7,000 elephants between 2009 and 2011. In Central Africa, a 62% decline of forest elephants was recorded between 2002 and 2012. Large-scale slaughters of elephants occurred in the Zakouma and Bouba Ndjida national parks, in Chad and Cameroon respectively. The Minkébé national park in Gabon lost between 16 000 and 20 000 elephants between 2004 and 2012. The problem is that Central African elephants are particularly sought after by poachers because their ivory is denser than that of savannah elephants and therefore preferred by Asian ivory carvers.
Theodore Trefon, strategy and policy lead for Central African Forests at the NewYork-based World Resources Institute, says that slow reproducing large mammals are being “extirparted” from their biotopes. In the Salonga National Park of the DR. Congo, the populations of bonobos and chimpanzees are the most affected. In a book on the “the bushmeat crisis”, Trefron writes that the okapi population declined by at least 43 percent in North Eastern DRC in a ten years period. The loss of wild animals is even faster in West Africa where the pygmy hippopotamus of Liberia and the gorillas of Nigeria have become endangered species. (F.M.)