Man is aware that he did not create nature. The earth, with all it contains, was created for him, but without him. Nature is that ‘other than us’ which has its own rules, order and needs. If we respect them, nature will continue to be our caring mother.

For traditional Africans, nature meant the entire world or universe, comprising both living and non-living things, visible and invisible powers, the natural phenomena, land, rivers, bushes, forests, jungles, animals, birds, insects, minerals and whatever they knew had not originated from them.Traditional Africans found themselves surrounded by nature, and perceived it as an immense womb on which they depended for food, shelter, tools, medicines. It was a womb, warm and pulsating with life and reality. 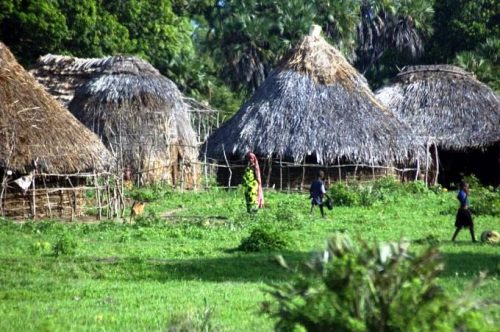 Even the spirit world was tacitly understood as inclusive in nature. To this womb they felt ‘related’ (= religion), bound fast by an indissoluble bond. From it, they got insights into the future, thanks to the signs coming from it, which they learned to interpret. All this made them look at nature as a partner, or an ally in the fight against death. Nature was not a ‘thing’ to use, but rather a partner; more than that, a caring ‘mother’ to whom they owed love.

Cultures change. But even today, for us Africans the material world is not an impersonal reality, but a wise and efficacious partner. We read in creation the great book of our destiny, and we continue to decipher from it our enemies and allies. We have the duty to mobilise the ‘allies of life’ to fight against the ‘cronies of death’; and to ensure the victory of the former. This way of thinking should prevent us from destroying nature. In our traditional cultures, taboos against overgrazing or overexploitation of forests, prohibitions against excessive fishing, bans to extinguish certain animals and plants through overhunting and over-logging of trees considered indispensable for healthy environments, helped our ancestors to maintain types of biodiversity essential in preserving ecological systems and functions. Let us be careful when we consider those ‘taboos’ and ‘bans’ pre-scientific! They were not. In fact, they were the tenets of a science that we seem to have lost.

Traditional Africans know that nature belongs to the Creator. There are African mythical texts that state clearly that any aggressive manipulation of the natural environment is wrong, since the laws fixed by God cannot be manipulated, altered or tempered. Devastation of nature would infallibly lead to the destruction of mankind. Between us and nature there is a mother-child relationship; the mutual participation in the life of each other is seen in the same way. 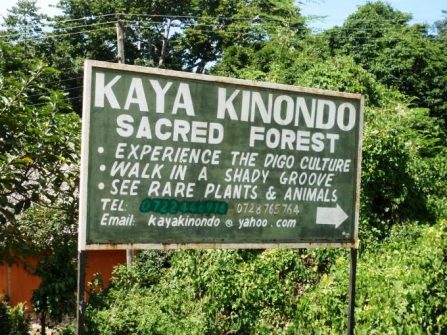 This way of thinking, which does not encourage the alteration of nature, may explain why Africans, in general, are not great inventors, yet it creates a respect for nature that is sharply in contrast with the money-making mentality that is destroying it today.
Africans revere nature because it connects them with the invisible spiritual world. All the symbols they need in communicating with God and the spirits are found in nature. In myths these spirits are presented as talking animals, trees, mountains, stones, insects, etc. Spirits, divinities, ancestors and, sometimes, God himself are believed to dwell in forests, rivers, trees, hills or mountains; they are also believed to appear in the form of natural objects.
In Malawi, for example, there exists a small reddish or pinkish spider called mulungu. (Mulungu is the commonest name for God, though some scholars hold that it should be translated ‘divinity’, reserving Chauta or Chiuta, as the proper name for God).
This creature, which appears immediately after rain, is associated with the Chewa myth of creation. According to this myth, Chauta, who lived in the sky, descended in a torrential rain on Dzalanyama Hill, together with the first human pair and all the animals ever created. Since the Chewa God is a ‘rain God’; the insect that comes with rain is associated with him and shares the name with him.
It is not strange to find an African expert speaking to an animal, a tree, or a stone. At times, he tells the animal he is about to sacrifice why he is doing so, or explains to the river he intends to cross the reasons of his journey. This is not nature worship. It is rather seeing nature as a mediator between human beings and the spiritual world. Through the material he reaches the immaterial; through the visible he attains the invisible; through the finite he communicates with the infinite.

Intertwined as it is with the sacred, nature shares also the ambivalence of the sacred. While it is attractive and fascinating, it is also awesome and tremendous. Together with friendly animals, it harbours also dangerous beasts, poisonous snakes, pestilential insects and toxic plants. It is the dwelling place of both good and evil spirits. Moreover, it is seen as mysterious, totally ‘other’: it is not man’s domain. 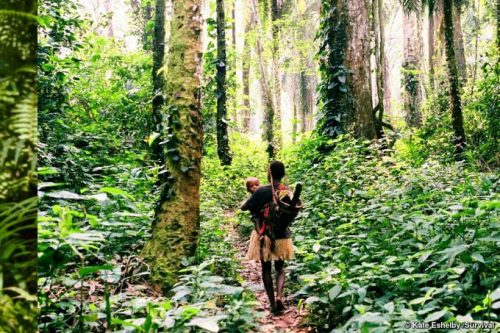 The mythical foundation of the otherness of nature comes from the idea of the ‘lost paradise’. Many stories tell of ancient times when human beings lived in bushes and forests, in full symbiosis with nature. Gradually, they moved from forests to villages, from savagery to culture. However, though somehow estranged from nature, they kept seeing nature as the womb from which they were born.
Nature plays a pre-cultural role in many rituals of birth and initiation. In some ethnic groups, birth (or ‘second birth’) still takes place in the bush, away from ‘cultured surroundings’.
When the newly born child or the reborn youth is brought to the village, they re-live the experience of the primordial ancestor who, for the first time, moved from nature to culture. Also the whole family that performs the ritual, renews itself by re-enacting both its origins and the origins of humanity. In this context, the otherness of nature is playing a positive role. The memory of nature as a life-giving womb is celebrated over and over again.

In traditional Africa, life in community – in which blood relation and political power are the unifying factors – goes together with participation in the same means of subsistence. Land associates agriculturalists; herds and grazing territories link pastoralists together; a forest or a bush joins together gatherers and hunters. The families that cultivate a certain tract of land assure its management in the name of the community, which comprises the living and the dead. The usage of the land on the part of the living is restrained, since they are not the sole owners of it. The real owners are the ancestors, who have their dwelling place in the underworld. The same holds true for pastoralists and hunters.
The land, the pasture, the forest, then, constitute a vital union among the living and between the living and the dead. The fact that people insist on burying their dead in their own land evidences this. The sensitivity of the land issues stems from here: without land, agriculturalists cannot understand themselves any more than the herders understand themselves without herds.

The Africans know that, far from destroying nature, they must protect and promote it. In doing so, they protect and promote themselves. Unfortunately, this knowledge has faded: with the destruction of jungles and forests, many medicinal plants have become extinct, together with some animal species. 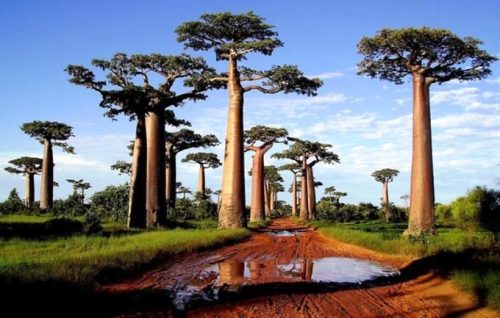 Totems are all natural objects (plants, birds, insects, animals, etc.). They give to particular individuals and communities the duty to protect specific species with all the ecological consequences thereby involved. This creates a bond of brotherhood between human beings and nature.
The way Africans treat nature comes from their vision of the universe as a constellation in which all the elements act on one another, following the law of sympathy. Beings cannot exist outside the whole in which they are in harmony with each other.