With the catchy rhythms of Afro-Pop, African artists are increasingly singing about young Africans’ frustrations. The political leaders threatened by this musical impetus try to silence it.

Music has always been a medium with which to challenge the establishment – from Miriam Makeba’s warning to the apartheid government to Fela Kuti’s rebuke of wayward postcolonial leaders. Present-day governments are using the same old tactics to silence their critics, but today, with the help of internet, the beat moves a digital generation, sending it even further.

Robert Kyagulanyi Sentamu, 35, known by the artistic name of Bobi Wine is a Ugandan musician who gained increasing fame when, in 2017, he announced his candidacy for parliament and won the contest by a wide margin. He began his music career at the beginning of 2000 with songs that brought social messages. Several of his songs are about urban poverty, hence his nickname the Ghetto King. This artist developed a musical genre that he himself defines as ‘educational entertainment’. Gradually Bobi Wine began to build a more conspicuous political identity around a very catchy slogan ‘people power, our power’, unmistakably dressing in red attire plus berets, emulating Julius Malema’s militant Economic Freedom Fighters party in South Africa. 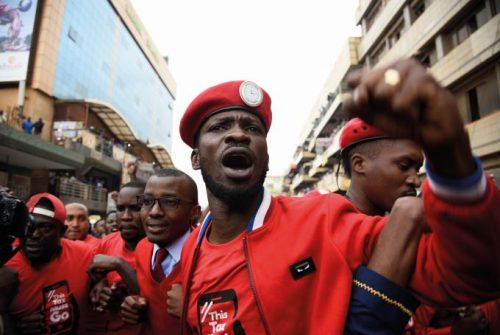 Wine has rapidly built up a following based largely on his message of power to the people and criticism of the government after his election. The pop star and politician, with his musical and political clout as well as a solid youth base, is the real challenger to President Museveni’s throne. Bobi Wine poses a serious threat to Museveni, who has ruled the east African nation for 32 years, more so taking into consideration that young Ugandans, many of whom are unemployed, constitute a huge percentage of the active electorate. Wine was charged with treason last August, was arrested and released later. His arrest showed the terrible events that have been slowly unfolding in this region of East Africa over the past five years as Kenyan writer Nanjala Nyabola pointed out on Twitter: ‘Intolerance of dissent and persecution of opponents. Punishing young people for being young and wanting more’.  Bobi Wine has shaken things up in Uganda, both as a pop star and as an MP, and his message remains the same: speaking out against corruption, social media taxation and the 73-year-old president’s continued grip on power.

Often, banning a politically charged song only serves to reinforce its message. This is the case with Nigerian rapper Falz’s song This is Nigeria, an adaptation of Childish Gambino’s This Is America hit track. The track and video by Falz, a Nigerian rapper, tackled Nigeria’s many ills, ranging from corruption to nepotism and insecurity with several witty lines and references, just like Childish Gambino’s original. Yet, while the American version provoked debate and cultural acclaim, Falz’s critique of Nigeria’s ills was silenced by an embarrassed state.

Even when songs have no overt political message, they are viewed as subversive by governments using conservative values to keep
a country in check. 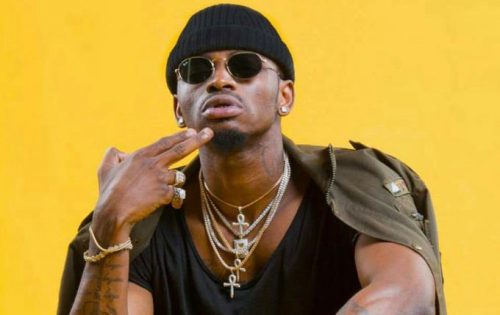 Tanzania’s highest selling artist, Diamond Platnumz, had two of his songs banned earlier this year and was detained a month later for a social media post deemed indecent by the country’s authorities. As Tanzania enacts an internet crackdown, arresting the country’s biggest musician sends a clear message to ordinary young Tanzanians in the country about obedience to the power establishment, while Tanzanian President John Magufuli is trying to control the critical contents against him on Internet.

Still, artists are learning the value of speaking to their fans rather than toeing the line. Sauti Sol made their name in Kenya and beyond with party bangers, but a few weeks ago they felt they could no longer be silent about the corruption and populism threatening to derail the country’s progress. 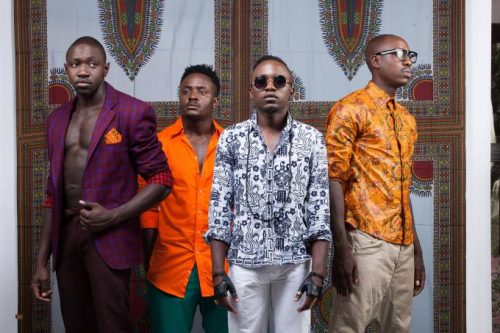 Releasing Tujiangalie, meaning ‘self-reflection’ in Swahili, they questioned whether the country is really as stable as it seems from Nairobi’s trendy rooftops. The song urges young people to stop fighting on Twitter and start looking for solutions to the problems that affect the country through self-reflection.

After the end of colonialism, musicians were used to merged countries often characterized by very different communities. Nowhere was this more true than in Mali, a nation between the African and Arab worlds, where music is entangled in the cultural, social and political fabric. Oumu Sangaré, the most important female star in the country, became famous when she was little more than 20 years old with an album in which she addressed social issues affecting Malian women. Fatoumata Diawara, another Malian singer, also speaks out about her country’s problems in her songs and fought back against jihadism in her country through music.