According to recent NASA satellite information there are five times more wildfires burning in Africa than in the Amazon.

Deforestation must be seen as global threat. The phenomenon is general in Africa, in particular in the Congo Basin, one of the main biodiversity sanctuaries of the planet with over a thousand bird species, 1300 butterfly species and 400 species of mammals. The number one factor is demography. The population of this 4 million square kilometres area, 45% covered by the rainforest, which currently has 100 million inhabitants, is expected to more than double by 2050. As a result, pressure will increase for the allocation of new land to agriculture. 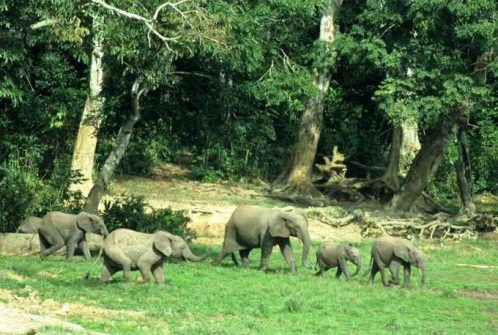 In Cameroon and Congo-Brazzaville, it exceeds 17% of the national territory and the Democratic Republic of Congo (DRC) has committed to achieve this goal. Gabon is even planning to reach a 23% target. But the paradox is that at the same time, deforestation is increasing. Intensive poaching is reported in the Dzanga Ndoki national park of the Central African Republic where primates, elephants and antelopes are particularly targeted. The white rhino has disappeared from his habitat in the Garamba Park in North-Eastern DRC. Overall, the population of elephants has fallen from a figure estimated between 5 and 10 million in the 1930s to 500,000, according to a report financed by the European Commission published in 2015. According to Cédric Vermeulen, specialist in wildlife management at the Liège Gembloux University, most of the poached elephants were killed by the Baka Pygmies who almost don’t use anymore bows and arrows but automatic rifles, provided by the criminal networks who purchase ivory, for 100 dollars a kilogram and sell it for twenty times more on Asian markets. 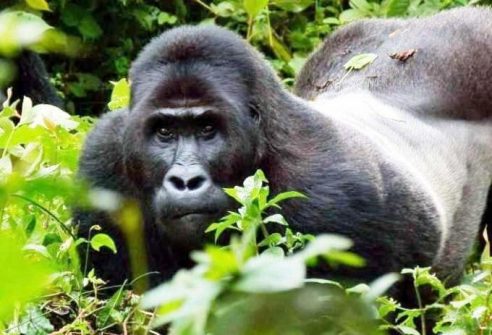 The situation of the great apes (gorillas, bonobos or chimpanzees) is also extremely worrying as noted already in 2013 a report from the Commission of the Central African forests (COMIFAC). One of the reasons is the soaring business of bush meat which is without doubt the main cause for the reduction of animal population, whose demand is largely higher than sustainable levels in the Central African forest ecosystems, deplores the European Union. The economic incentive exerts a terrible pressure: ape meat is sold for $2 per kilogram in the Tumba Lediima Reserve of Western DRC, but only $20 in Kinshasa. At the same time, the destruction of their habitat makes tremendous advances. Since 2000, the ape populations in protected areas have shrunk by 18% to 62% according to species. In 2016, the International Union for the Conservation of Nature (IUCN) warned that 93% of the mountain gorillas in North Kivu, Uganda and Rwanda may disappear by 2054. The density of forest buffalos is also decreasing drastically.

The proliferation of armed groups, including terrorists.
An additional factor of danger is that poaching has become a source of funding for armed groups. By 2016, the Brussels daily, La Libre Belgique, revealed that the Boko Haram jihadists were increasingly involved in the traffic of ivory, especially in the Northern Cameroon Waza National Park. Three years ago, Janjaweed warriors from Sudan massacred 300 elephants in the Bouba-Ndjija, in Northern Cameroon. In the DRC, the main national park in the Eastern part of the country are rebel groups’ sanctuaries. And the rangers pay a heavy toll.
In December 2012, the director of the Upemba Park in Katanga, which had become   the headquarters of the Gédéon Mai Mai and of the Makabe militias, was murdered. 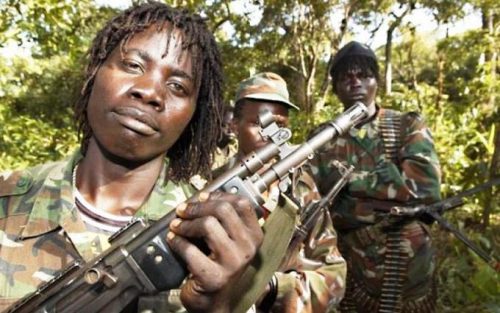 In 2014, Emmanuel de Mérode, the director of the Virunga Park, where at least 40 rebel groups are settled, escaped an assassination attempt while in April 2016, the director of the Garamba Park at the Central African Republic border and three rangers were injured during a Lord Resistance Army attack. In Benin, the Pendjari National Park has become the site of several incursions by jihadis, who have attacked communities and tourists in the area and whose presence increase the vulnerability of the wildlife in the forests of the area.
Likewise, air surveys in the Central African Republic, show that in the context of the fightings between the predominantly moslem Seleka militias and the Southern anti-Balaka self-defence militias, the populations of great mammals have been decimated.
Some Kordofan giraffes are surviving in small numbers but the presence of elephants is no longer observed. 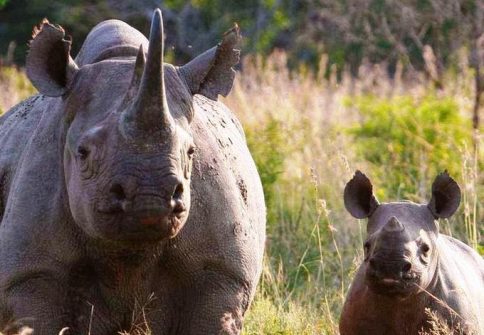 In the Nazinga Reserve of Burkina Faso, as elsewhere in West-Africa, the population of lions is decreasing sharply. On the whole continent, the population has fallen from some 100,000 to 20,000 animals over the last fifty years. And the phenomenon accelerates with a 43% decline between 1993 and 2014. According to Cédric Vermeulen, there are only 400 lions in West Africa, remaining in the National Park of Niger, in the Arly Park of Burkina Faso and in the Pendjari Park of Benin. In 2017, 1,028 white rhinos were killed in South Africa, half of them in the Kruger Park. At this pace, the species will be extinct in the next twenty years, conservationists warn. (F.M.)