Set to become the main mode of transport in Africa, motorcycle taxis invade roads and streets of cities, towns and villages. They are called by different names, boda boda, okada, and moto, and have come to define African city and village life in a fundamental way.

The explosion of motorcycles in Africa is projected to escalate to new levels as two-wheelers become the main means of transport for the majority of the continent’s population. Thanks to them, the most remote areas are connected to cities. Motorcycle taxis also transport goods such as sacks of cereals and vegetables from rural areas to the markets in the cities just in few hours, while once it might have taken even days by using the other traditional means of transportation. In some places like Uganda or Kenya, there are mobile applications that facilitate the access to professional motorcycle taxi services, increase travellers’ safety and avoid fraud. 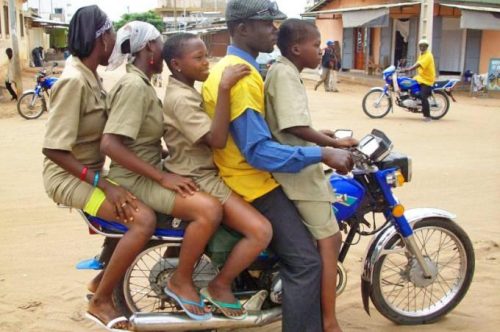 Boda Boda Motorcycle Taxis offer quick, efficient, reasonably priced transport and they get people to a place when all other traffic is at a standstill. They provide other needed services such as transporting children to and from schools. They take people to hospital; there are even Boda-Boda Ambulances providing much-needed services of taking women to the hospital or a clinic to deliver a baby.
Motorcycle taxis can carry up to four people, and piles of merchandise, as well as goats, sheep, chickens. This means of transportation also provides an income for thousands of young people who survive as drivers; an informal job, like many others in the continent where there is scarcity of better job opportunities. 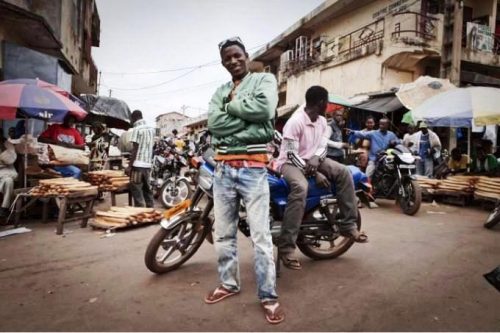 The connection provided by the motorbike services, between rural and urban areas and between places of production and markets, has increased local economies and general welfare levels. Farmers can deliver their products and small shops in the most remote towns can meet buyers’ demand which is increasing, thanks to the flow of money. 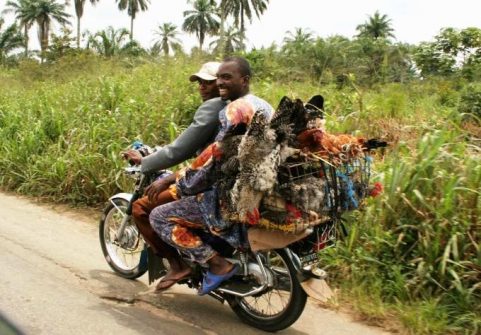 Goods from the West are very expensive for the African market. African consumers therefore are more attracted to the cheaply manufactured Chinese and Indian goods which are much more affordable. According to popular proverbs, products from the neighbouring country are always more convenient. That is why people from Cameroon go to do the shopping to Nigeria; people from Chad go to Cameroon, the citizens of the Sierra Leone go to Guinea, and the Guineans to Senegal, and so on.