China’s and other emerging countries’ appetite
for raw materials is causing a railway mania in Africa and is transforming it into a new frontier.

Over the last few years, Africa has become a new frontier with the resumption of the construction of new railway lines or the rehabilitation of existing ones. In January 2018, the 756 km long Chinese-built Addis Ababa-Djibouti railway has begun commercial operations. The line which was first built by the French in 1917, has been entirely reconstructed by the China Rail Engineering Corporation (CREC) and the China Civil Engineering Construction Corporation (CCECC). The project which represents a total investment of U.S. $ 4 billion, including the cost of the electrification of the line, has been financed by a loan from the Eximbank of China. It will allow Ethiopia to boast from the longest electrified railway on the African continent. 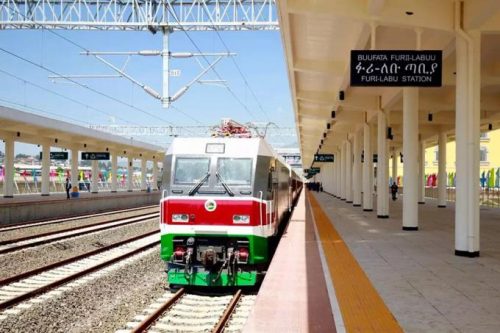 The Addis-Djibouti railway coincides with China’s strategy to use Ethiopia as an industrial hub, illustrated by the investment of Jiangsu Qiyuan Group in Ethiopia’s Eastern Industrial Zone or the Dukem Oriental Industrial Park.The 912 km Nacala railway line in Mozambique was inaugurated, in May 2017 by President Filipe Nyusi. It links the Moatize coal mine to the port of Nacala-a-Velha. The line which was financed by the Brazilian steelmaker Vale and the Japanese Mitsui has a capacity to transport annually 18 million tons of coal and 4 millions of other products. The project has been backed by US $ 2.73  bn of loans from the African Development Bank (AfDB), the Japanese Bank  for  International  Cooperation (JBIC), several Japanese and South African commercial banks.Another ambitious project, partially designed to export minerals is in the pipeline. In January of this year, the Tanzanian and Rwandan Presidents, John Magufuli and Paul Kagame agreed in Dar-es-Salaam to launch the construction of a new 400 km railway line between the Isaka railway station on the existing Tanzania-Zambia-Railway (Tazara) and the Rwandan capital Kigali. Both heads of state announced that the construction would start in 2018 and that both countries would borrow the necessary funds to finance the project whose cost is estimated at U.S. 2.5 bn. This project would as well have significant consequences for the mining industry. 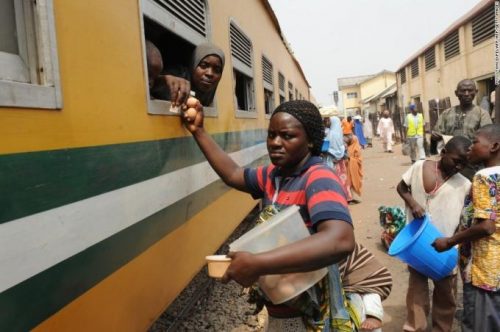 According to the Rwandan Minister of Infrastructure, Jean de Dieu Uwihanganye, it would divide by two the transport costs of the 180 gold and coltan producing companies which belong to the Rwanda Mining Association. In addition, this new railway link would also unlock the access to the Burundian nickel deposits of Musongati. A memorandum of understanding signed in 2014 by the Tanzanian and Burundian governments, envisages the construction of an access line between the Musongati mine and the Uvinza junction, for which the AfDB has already financed studies. Since October 2017, the Turkish firm Yapi Merkezi is also building a 336-km high-speed electric railway line between Morogoro and Makutupora in central Tanzania.
China is also rehabilitating the Tazara railway. This follows the signing by the same company of a $1.92 billion deal with the Tanzanian government to replace the existing century-old narrow gauge line of the Tazara with a new standard-gauge railway line. The project is supposed to be completed by end 2020. China is also investing $ 376 m. in the rehabilitation of the Tazara railway or « Uhuru railway » (liberty railway in the Swahili language) which has inaugurated in 1976. Once rehabilitated it could offer to mining corporation in the Zambian and Congolese copperbelt an alternative corridor, which would allow Dar-es-Salam to compete with South African, Namibian, Mozambican and Angolan ports. 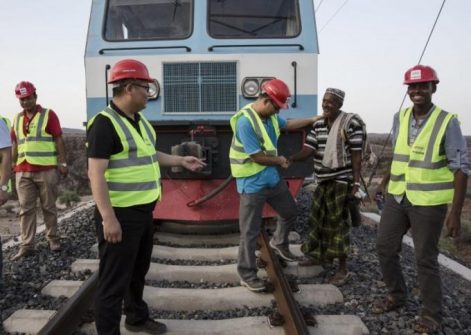 One of the main rehabilitation projects was carried out by the China Railways corporation,on the 1,244 km long Benguela railway line, linking the Congolese copperbelt to the port of Lobito in Angola, which represented a U.S. $ 1.9 bn investment. The railway which was first built in 1929 stopped operating in 1984 as a result of the many sabotages perpetrated by the UNITA rebels during the Angolan civil war (1975-2002). It became operational again in August 2014. But mineral exports from the Congolese copperbelt, have only resumed at the beginning of March 2018. After 34 years of interruption, a first train transported manganese from the Democratic Republic of Congo arrived to Lobito. But according to a railway transport consultant, it will still take time before the Benguela railway recovers its role of main transport route for the copperbelt minerals consisting mainly of copper and cobalt. The World Bank has started in 2010 to finance a multimodal transport programme in the DR.of Congo, up to $370 million. But despite some improvements, the 733 km of the line between Lubumbashi and Dilolo at the Angolan border, still need complete rehabilitation. 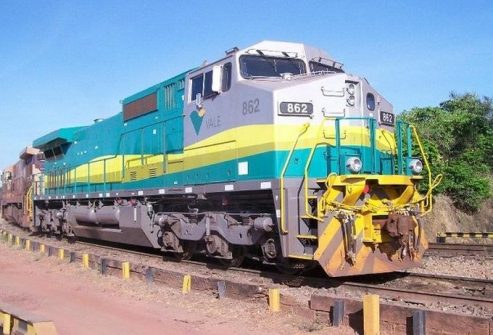 The main driver for the rehabilitation of the Transgabonese railway is also the need to export higher quantities of minerals. Under the guidance of the Belgian consultant Vecturis, the operator of the railway, the SETRAG company has embarked on a programme to double the transport capacity of the line by 2022 up to 10 million tonnes per annum. The programme of which total cost is estimated at U.S. 400 million is partly financed by the Agence française de développement and the World Bank Group’s International Finance corporation (IFC). The main beneficiaries will be the French owned Compagnie minière de l’Ogooué Comilog), which is the main shareholder of the SETRAG and two other manganese producing companies the Chinese-owned Compagnie industrielle et commerciale des mines de Huazhou (CICMHZ) and the Singapore owned Nouvelle Gabon Mining (NGM). 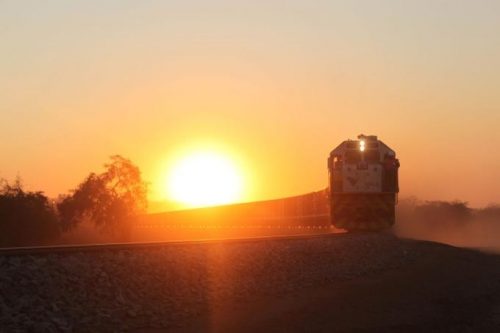 One of the most important railway rehabilitation projects on track is taking place in the first economy of the continent, Nigeria.  A consortium led by General Electric including the South African company Transnet, the Dutch-based company APM Terminals and China’s Sinohydro has been awarded a concession project worth around $2 billion for the rehabilitation, the maintenance and the operation of 3,500 km of existing narrow-gauge lines built by the British colonial rulers from the southwestern commercial capital, Lagos, to Kano in the north, and South-Eastern oil hub Port Harcourt to Maiduguri in the North-East.