Amulets are an important part of an African’s life, from birth to death. They are obligatorily worn in some stages of life and are considered sacred objects in African culture. Rebel groups have used amulets to make child soldiers believe they were invulnerable.

Traditional medicine has always been an integral part of African culture. It was always transmitted orally from one generation to another within the same family, clan and tribe, in the past: this tradition, however, is disappearing nowadays. Medicine is related to prevention and healing.  Ancestors are invoked before and after the healing in different cultures, in order to ask for their help and then to thank them. Ancestors are in fact believed to share the sufferings of the living. 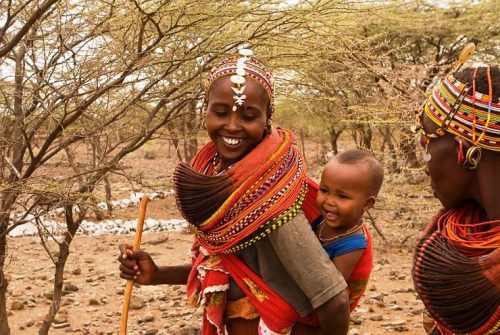 Medicinal plants are used to heal as well as some other objects that are believed to be endowed with protective and healing powers: amulets. They can be used to attract luck, health, or to solve love problems, but most of all, people keep amulets to protect themselves from evil spirits and their negative influences in their life. That is why many African kings and tribal chiefs always hold a sceptre tipped with an amulet.
Amulets are not considered aesthetic objects, although they may look so, but are small objects, which are believed to be endowed with a power that acts as prevention and defence against specific diseases, accidents, misfortunes. Amulets are also believed to favour fertility. 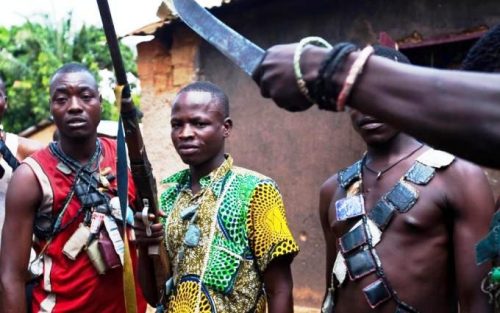 During wars in Africa, such as the civil war in Sierra Leone and in Liberia, child soldiers were given amulets, to make them believe they were invulnerable, and a mixture of drugs and tea to drink in order to have the courage to fight. One mother said: “Rebel militiamen have transformed our children into irrational animals who believe that killing is an art and amulets are symbols of death. Whereas amulets have never symbolized death in the African culture, but protection of life”.

Amulets are an integral part of an African’s life: from birth to death. For example, a ceremony is held and an amulet is put around a new-born’s waist or neck, on the seventh day after birth, in order to protect the baby from evil spirits. It is believed that there are spirits which, due to their bad behaviour during life, cannot find the eternal rest. So they wander around and since they are never invoked by their living family members, they feel marginalized and therefore try to send bad influences to the new-born and their family in retaliation. In other African communities a ritual bath is performed. 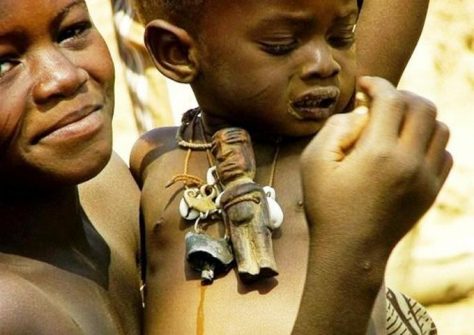 The child is bathed in medicinal water, their hair is cut and the whole body is anointed with castor oil; the child is then given an amulet which is supposed to protect them from evil. This rite is performed at the presence of witnesses. Another amulet is given to teenagers in order to support them on the occasion of the initiation rite that marks the transition from childhood to adulthood. When this phase of transition is completed, the new adult is given another amulet which is supposed to attract luck.
Amulets are often hidden in objects or sacred parts of many African rural houses. Nobody is allowed to touch them. Therefore children are warned not to play in some parts of the house or hut, and not to open jars or pots. In this way they learn that there are some sacred places and objects that must be respected.
Nowadays, with globalization, immigration and exoticism, amulets are exported to several European cities. Many young Europeans wear them as exotic signs of luck. The use of amulets in the West is completely dissociated from the cultural context and the sacred meaning which is given to these objects in Africa. There, there is, instead, a clear distinction between fashionable objects which are used for aesthetic reasons, and amulets, which in African culture continue to be considered sacred objects.